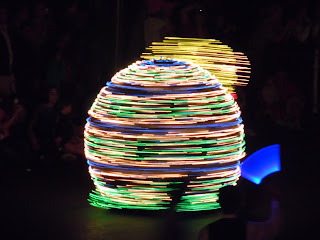 The theater of the absurd in Washington revolving around raising tax rates on the wealthy is based on a fiction: massively raising the rates will result in additional revenue for the government.
One of the constants in any analysis of income taxes paid in the United States since their inception in 1916 is the correlation between the top marginal rates and the taxes actually paid by the so-called wealthy. Short of turning America into Stalin's police state and confiscating all the wealth of the "evil" one percent, the predictable behavior of this economic class very much revolves around the tax policies of the government, both state and federal. [The article describes how those who are taxed too much change their investments so as not to participate.  Even Obama admitted that he knows it won't increase revenues, but it is only FAIR!]

That story was about how Fox News contributor Steven Crowder and others were attacked by union thugs during the protest against the new “right-to-work” law. ABC, CBS and NBC covered the protests but only ABC made mention of police having to deal with protesters. None of them mentioned the attack on Crowder or showed the videos of that attack and the thugs tearing down a tent with people in it, both widely available on the Internet hours before the evening news show broadcast

Democratic Senator Bob Menendez of New Jersey seemed absolutely shocked and appalled Tuesday afternoon, when MSNBC anchor Tamron Hall kicked off their interview on comprehensive immigration reform by asking him about breaking news from the Associated Press regarding the arrest and deportation order against an intern in the senator's office who is a registered sex offender. According to the report, the arrest was deliberately timed to fall AFTER the November 6 presidential election.

An Islamic extremist hacker group appears to have followed through on its latest threats to attack several major American banks in retaliation for what it says is “widespread and organized offenses to Islamic spirituals and holy issues.”  The attack is one in a series that began this fall under the banner of Operation Ababil, which the group has vowed to continue until the “Innocence of Muslims” film has been removed from the internet.

Hispanics must recall the reason their parents came to America in the first place
Put me down as one as a Cuban-American who voted for Romney.   Yes, we saw that "hope and change" movie before and it does not end well.