The fact that tax-cheat Timothy Geithner, in charge of the IRS and Treasury, is vowing to go after those American citizens who are cheating on their taxes is so hypocritical as to be laughable.....


Charles Freeman, Obama's pick for heading the National Intelligence Council, has withdrawn from consideration due to revelations that he soft-pedaled the Chinese government's Tienenman Square put-down of it's demonstrating citizens, as well as voicing anti-Israeli sentiments. President Obama's vetting team has taken another hit...... Or, has Obama been choosing those who agree with agenda in the first place? 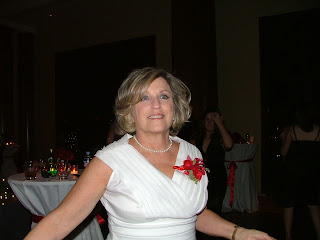 Join me in learning what the Mainstream Media is not letting you know! Please comment and join as a Follower!
Posted by Karen at 7:35 PM No comments:

In further proof that Obama is not "very good at it", after claiming that he was "too tired" to properly host the Prime Minister of one of our greatest allies, Gordon Brown of Great Britian, I am left to assume that he means he is very good at all the glorious new perks of being president: flying on Air Force One; being cheered as a rock star during his appearances all over the country, while chastising us for using too much energy; having the time to shoot hoops, watch movies with friends and lift weights, among other pleasures. Oh - and let's not forget: he got to pass the largest, most socialist stimulus package our country has ever seen, with breathtaking speed, in order to get it done before ANYONE, including Obama, had time to see what all was in the bill. It has been reported that "A well-connected Washington figure, who is close to members of Mr Obama's inner circle, expressed concern that Mr Obama had failed so far to "even fake an interest in foreign policy", and that Obama "has been forced to make decisions more quickly than he is comfortable". Might this be why the North Koreans, the Russians and the Chinese are finding ways to challenge his President's resolve?

Adding more about Gordon Brown's visit: since Barack Obama is the first African American president, the prime minister gave him an ornamental desk-pen holder hewn from the timbers of one of the Royal Navy's anti-slaving ships of the 19th century, HMS Gannet. He also gave him a framed commission for HMS Resolute, the lost British ship which helped stamp out the slave trade, retrieved from the Arctic and returned by America to London, and whose timbers were used for a thank-you gift Queen Victoria sent to Rutherford Hayes: the handsome desk that now sits in the Oval Office. Last but not least, Brown gave to him a first edition of Sir Martin Gilbert's seven-volumn biography of Winston Churchill.

In return, America's head of state gave the prime minister 25 DVDs of "classic American movies." As one columnist wrote, "Evidently, the White House gift shop was all out of "MY GOVERNMENT DELEGATION WENT TO WASHINGTON AND ALL I GOT WAS THIS LOUSY T-SHIRT" T-shirts."

Just a note to Obama, since history is not one of his long suits: The London Telegraph writes, “It was during Churchill's second premiership that Britain suppressed Kenya's Mau Mau rebellion. Among Kenyans allegedly tortured by the colonial regime included one Hussein Onyango Obama, the President's grandfather.”

So, maybe Obama owes more than a DVD set to PM Gordon Brown after all, even if, as his sidekicks exclaimed, Obama is tired. And, contrary to what Hilary Clinton espoused, the United States' democracy has NOT been in existence far longer than Europe's.

When British personnel complained about the treatment of Brown, an Obama advisor is said to have said, "There's nothing special about Britain. You're just the same as the other 190 countries in the world. You shouldn't expect special treatment" (such as the typical dual dais press conference or a State Dinner). Perhaps Obama was afraid to be without a teleprompter. Is this what Barack Obama meant when he said that HE will be the one to treat other countries with respect, and they will love him? It seems that he is shockingly unprepared for being the LEADER of the free world! We can be grateful for the graciousness of President George W. Bush.

One columnist writes this about the great communicator, Barack Obama: "Apparently, Obama is looking to install a computer screen into the White House podiums so that, according to one Obama advisor, “It would make it easier for the comms guys to pass along information without being obvious about it.” [Emphasis added.] Obama’s aides would put together answers to a large number of possible questions, so as soon as a reporter asks a particular question the computer screen could flash talking points to remind Obama how he’s supposed to respond to that question." The Politico noted this week that " No other president has used one (a teleprompter) so consistently and at so many events, large and small, and that it has become an embarrassing “crutch.” And here I thought we were to believe that this is one brilliant man, not an empty suit who has never led anyone or anything in his life except a presidential campaign.

And this from the far-left SALON's Camille Paglia:

"Yes, free the president from his flacks, fixers and goons -- his posse of smirky smart alecks and provincial rubes, who were shrewd enough to beat the slow, pompous Clintons in the mano-a-mano primaries but who seem like dazed lost lambs in the brave new world of federal legislation and global statesmanship. Heads should be rolling at the White House for the embarrassing series of flubs that have overshadowed President Obama's first seven weeks in office. Do those shifty, beady-eyed guys needing a shave remind you of anyone? Yes, it's bare-knuckles Chicago pugilism, transplanted to Washington." I say that Obama's choice of confidants and "flacks" is a reflection of his agenda, his naivete, and his total lack of executive experience.

Next up, The Sunday Telegraph understands that "one of Mr Obama's most prominent African American backers, whose endorsement he spent two years cultivating, has told friends that he detects a weakness in Mr Obama's character." Oh, you didn't read this in your local paper? We need to stay informed!

Be Part of the Solution!