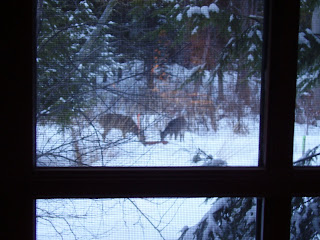 Where does this leave a mom and dad with two children and an annual income greater than $88,200? It leaves them without employer-based health insurance and facing a federally mandated $15,000-per-year insurance bill.

If this legislation is not stopped now, there will surely be a popular rebellion when the insurance mandate hits in five years.

When that happens, the liberals will not say: We made a mistake. We never should have forced families out of their employer-based health insurance and required them to purchase a $15,000 policy. They will say: We told you so. We cannot trust these greedy insurance companies. We need a single-payer system so the government can provide everyone with health care.

Just like they did in the Soviet Union. http://townhall.com/columnists/TerryJeffrey/2009/12/23/obamacare_slaps_$15,000_annual_fee_on_middle_class_families?page=2

As Sen. Tom Harkin (D-Iowa) explained the morning after the Senate bill passed, "What we're building here is not a mansion, it's a starter home … it has room for expansion and additions in the future. If we don't start the starter home, we'll never get there. So this is not the end of health care reform, this is the beginning of health care reform."

Two key issues seem to be attracting the bulk of the legal threats [to attempt to declare the new bill unconstitutional]: a mandate for individuals to purchase health insurance and the special treatment that states like Nebraska are getting in the bill.

On the first issue, Sen. John Ensign, R-Nev., on Tuesday renewed the call to examine the constitutionality of whether the federal government can require Americans to purchase a product. http://www.foxnews.com/politics/2009/12/22/health-care-face-string-legal-challenge

Sterling, Ill. – Federal and state officials faced a vociferous public and skeptical state legislators here Tuesday at a public hearing on the proposal to transfer Guantánamo Bay detainees to the Thompson Correctional Center in northwest Illinois.

Three issues dominated the debate: whether or not the state will lose money in selling the correctional center to the federal government, whether giving up an underused facility was wise given the overcrowding in the state's prisons, and finally, whether the safety of Illinois residents is at stake in housing terror suspects in their backyards.

“We’re talking about bringing terrorists to Illinois,” said state Sen. Bill Brady (R). He was one of several who chastised state officials such as Illinois Department of Corrections Director Michael P. Randle with “doubletalk” in suggesting the state prison was at average capacity while at the same time endorsing an early release program for 200 prisoners to shore up bed space. http://news.yahoo.com/s/csm/20091223/ts_csm/270290

Rep. Alan Grayson, Lunatic-Fla., known mainly for saying the Republicans' health plans called for asking the sick to "die quickly" and for telling former Vice President Cheney to "shut the f--k up," sent a letter to Attorney General Eric Holder asking the Department of Justice to investigate, fine, and perhaps send to jail for five years a Florida activist who reacted to his behavior by setting up a fundraising Web site called "mycongressmanisnuts.com."

He complained that the blogger was "senseless and juvenile." "Just five years?" queried blogger Ed Morrissey. "Why doesn't Grayson just demand that Holder chop off her head?" http://www.washingtonexaminer.com/opinion/columns/_Shut-up_-is-a-favorite-Democrat-talking-point-8675353-79938422.html

Looks like the steadily growing list of constitutional, ethical and political outrages that constitute the Harry Reid version of Obamacare is sparking a rebellion in the states, as AP reports South Carolina's attorney general plans to investigate the vote-buying that surrounded the proposal in the Senate majority leader's office.

According to AP, South Carolina's Henry McMaster is being joined by the attorneys general of Michigan and Washington state in a suit to determine the constitutionality of the Obamacare proposal. Their initiative was prompted by a request from South Carolina's two senators, Lindsay Graham and Jim DeMint, both Republicans. http://www.washingtonexaminer.com/opinion/blogs/beltway-confidential/Obamacare-sparking-10th-Amendment-rebellion-79937187.html

(CNSNews.com) - Rep. Bart Stupak (D-Mich.) said the White House and the Democratic leadership in the House of Representatives have been pressuring him not to speak out on the "compromise" abortion language in the Senate version of the health care bill.
http://cnsnews.com/news/article/58921

HUNTSVILLE, Ala. (AP) - A U.S. House Democrat who opposes the health care overhaul announced Tuesday he is defecting to the GOP, another blow to Democrats ahead of the midterm elections.

U.S. Rep. Parker Griffith spoke to reporters at his home in northern Alabama, a region that relies heavily on defense and aerospace jobs.

"I believe our nation is at a crossroads and I can no longer align myself with a party that continues to pursue legislation that is bad for our country, hurts our economy, and drives us further and further into debt," Griffith said as his wife Virginia stood by his side. http://apnews.myway.com/article/20091222/D9COJHCO0.html

Why wouldn't insurers support a bill that places a gun at the head of every American and shouts: "Write a check to an insurer, or we'll send you to jail!"

Independent-thinking liberals are now suffering from buyer's remorse. Former Democratic National Committee Chairman Howard Dean called in vain for the death of Obamacare. MSNBC's Keith Olbermann promised to go to prison before he would comply with the bill's mandate to purchase health insurance. Markos Moulitsas of the liberal Daily Kos wrote on Twitter: "Insurance companies win. Time to kill this monstrosity coming out of the Senate."

But none of them will learn the underlying lesson that the legislative process tried to teach them. The free market is a harsh mistress, but a fair one. Big Government, on the other hand, is always for sale to the powerful. http://www.washingtonexaminer.com/opinion/columns/Rude-awakening-for-naive-Left-about-big-government-8677436-79987917.html

House Majority Whip Jim Clyburn said, “Rather than sitting here and carping about what Nelson got for Nebraska, I would say to my friends on the other side of the aisle: Let’s get together and see what we can get for South Carolina.” http://www.commentarymagazine.com/blogs/index.php/wehner/203961 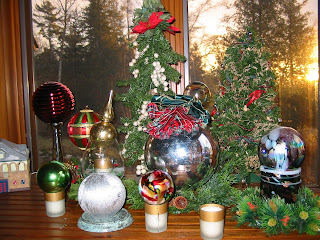 The AARP will receive benefits of $100 million dollars.

Doctors in five states only will be paid more, not less, for the Medicare reimbursement

Another concession, sought by Sen. Bill Nelson, D-Fla., exempts roughly 800,000 seniors in Florida from potential benefit cuts by private Medicare Advantage plans.
Michigan, home of two other Democrats, would earn higher Medicare payments and some reduced fees for Blue Cross/Blue Shield. Vermont's Sen. Bernie Sanders (I) held out for larger Medicaid payments for his state (neighboring Massachusetts would get some, too). http://www.washingtonpost.com/wp-dyn/content/article/2009/12/21/AR2009122102861_2.html?hpid=opinionsbox1

Senator Sheldon Whitehouse (D-R.I.) today took shots at those who are not supporting the health care legislation. During a floor speech, he excoriated Senate GOP members for holding up the pending health care bill and accused their supporters of being birthers and fanatics in right-wing militia and Aryan support groups. He started off by citing an editorial from the Manchester Journal Inquirer, which used the insult "lunatic fringe.": 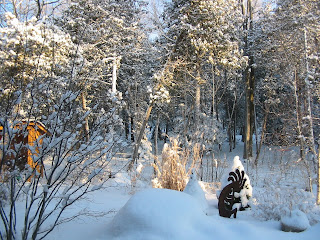 Exhibit A is the outright bribe extracted by Sen. Ben Nelson (D-Corn Huckster State) from Sen. Harry Reid. As a result of Nelson’s performance in his role of Hamlet in the health care deliberations, we will have two health care systems in this country; one for Nebraska and one for the other 49 states.

In its quixotic attempt to ensure everyone has health insurance, the Reid legislation greatly expands Medicaid eligibility. Because Medicaid is a program whose costs are split between the federal and state governments, this expansion in eligibility raise costs dramatically for states. States will be forced to either raise taxes or cut other services to accommodate the forced increase in Medicaid spending.

Unless that state is Nebraska. Below is the text for Nelson’s bribe. Under this language the federal government will forever cover the costs of Medicaid expansion in Nebraska. Taxpayers in every other state will forever be responsible for the expanded Medicaid program in Nebraska [and their own state]. Outrageous doesn’t do justice to describe this situation. Sen. Nelson also secured an exemption from a new insurance tax for non-profit companies in his state. Mutual of Omaha and Nebraska’s Blue Cross/Blue Shield won’t have to pay a tax other companies will be required to pay. http://biggovernment.com/2009/12/19/sen-nelsons-bribe/

[Is this enough to make you spitting mad!? I am mad at all Senators who voted for this, and wonder if it can really be enforced....... To me, this even outweighs the issue of using trickery to get us Americans to pay for abortions on demand, for pay we will. It is the purchase, with OUR money, of Senators' votes, this time following the new "Louisiana Purchase" of Mary Landrieu at $300 million dollars. Isn't there a law that forbids holding out just one specific group or state for federal favors above all others? If there isn't, there should be. Can't we all assume that the Democrats who went along with Obama without a state pay-off are now feeling pretty stupid for giving in so easily? You can contact Senator Nelson @ Web Form: http://bennelson.senate.gov/email-issues.cfm. He deserves to hear from each and every American about his selling out of his country just so that Obama won't be "keeping track of him." ala: "Ever wonder what happens to those Democrats who fail to go along with what President Obama is demanding? Here's one example: “Don’t think we’re not keeping score, brother,” Obama told DeFazio during a closed-door meeting of the House Democratic Caucus, according to members afterward. http://thehill.com/homenews/house/72889-pelosi-rahm-do-not-scare-rep-defazio]. Here is my letter to Nelson's office: Mr. Nelson: I know I am not one of your constituents, but I am a proud American citizen who is disheartened and disgusted that a Senator could make a decision on a Socialist bill without reading it, and especially by being paid off. The decision would have been respected (though still condemned) by many if it weren't tied, as was Mary Landrieu's vote, to a direct bribe - using our taxpayer monies! Shame on you, and may this be declared unconstitutional!

At 1:00 AM this morning, the Senate voted to end debate on the health care bill. They will, of course, convene to pass the measure sometime soon, probably while we are all sleeping, for this is to be the most open government we have ever seen, along with having C-Span actually cover the debates on the proposed law. Right. They are trying to discourage those pesky Republicans who, by using various accepted methods, may try to stall this vote until at least Christmas Eve.

Senator John Cornyn, Republican of Texas, said he and his colleagues had a duty to fight until the last minute.

According to his official White House schedule, at precisely 1 p.m. today Eastern time Biden will lead a transcontinental conference call "with mayors from across the country to discuss implementation" of the Obama Spends a Gazillion Dollars to Create and/or Save Thousands of Jobs Maybe More But the Unemployment Rate Is Still 10 Percent Act, sometimes called the American Recovery and Reinvestment Act.

Biden has been kind of in charge of that while the multi-tasking president was wheeling his beloved healthcare bill into intensive care and commuting to Scandinavia this fall.

Because Obama promised his would be the most transparent White House administration in history, Biden's mayoral conference call is closed to everyone except the unidentified mayors, including especially those in the annoying, unelected media. http://latimesblogs.latimes.com/washington/

The health-care reform bill expected to win passage in the U.S. Senate is an attack on “liberty” in America, said Mike Huckabee, a former Republican presidential candidate from Arkansas. Huckabee was the star of the show at an Omaha rally held Sunday against President Obama's health care initiative. (Snip) About 1,800 people packed the lower level of the Omaha Music Hall for the rally. http://www.omaha.com/article/20091220/NEWS01/712209849