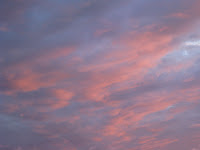 
How the Obama administration is preempting federal immigration law

AMERICA UNDER SIEGE - a Guest Commentary in Local Paper

AMERICA UNDER SIEGE - my latest Guest Commentary published by my local liberal newspaper:  Feel free to send it on to YOUR newspapers just as it is, or with changes you make.  Spread it far and wide, for conservatives just don't know this history!

In the 1960s, radical Columbia University professors, Cloward and Piven, wrote the The Cloward and Piven Strategy, detailing how to force “political change through orchestrated crisis, seeking to hasten the fall of capitalism by overloading the government bureaucracy with a flood of impossible demands, stressing the system, thus pushing society into crisis and economic collapse.”
Remember now the rule of Rahm Emanuel, Obama’s Chief of Staff: “Never let a serious crisis go to waste. What I mean by that is it's an opportunity to do things you couldn't do before."
The welfare system was the first target of the Cloward and Piven strategy, using violent demonstrations to achieve desired results. In NYC one of every three people ended up on the welfare rolls, sending the city into bankruptcy and turning welfare from a limited-time expectancy into a lifetime entitlement. The drain on local resources persists indefinitely, just as planned.
In 1970 ACORN was established – the Association of Community Organizations for Reform Now, which has been responsible for widespread criminal activity countrywide.  As divulged by Townhall, they successfully used the following Cloward-Piven Strategy to get more Democrat voters:
1. Register as many Democrat voters as possible, legal or otherwise and help them vote, multiple times if possible.
2. Overwhelm the system with fraudulent registrations using multiple entries of the same name, names of deceased, random names from the phone book, even contrived names.
3. Make the system difficult to police by lobbying for minimal identification standards.
ACORN also has its imprint on the current mortgage crisis as well as efforts to gain amnesty for illegal aliens for a permanent Democrat voting bloc.
Rules for Radicals, written by Saul Alinsky in 1989, became the go-to book for those interested in fomenting progressive revolution. With the intent to create a crisis, Progressives use some of the “rules”:  “Pick the Target, Freeze It, Personalize It, and Polarize It.” Remember their treatment of President Bush as well as others. Remember these rules while reading current events.
Then along came Barack Hussein Obama, almost out of nowhere. Having been deeply influenced in childhood by his mentor (self-proclaimed Communist Frank Marshall Davis); employed as a Community Organizer and attorney for ACORN; befriending unrepentant, bomb-throwing Weather Underground’s Bill Ayers; and maturing in the thugocracy which is Chicago politics, Obama is uniquely qualified to sell his Hope and Change mantra.  Who could be against that? Those interested in reading the full story can go to: http://www.americanthinker.com/printpage/?url=http://www.americanthinker.com/2008/09/barack_obama_and_the_strategy.html
Obama openly campaigned for “fundamental change” for America, and Michelle Obama proclaimed: “Barack knows that we are going to have to make sacrifices; we are going to have to change our conversation; we're going to have to change our traditions, our history; we're going to have to move into a different place as a nation."  I agree with the President that words, indeed, do matter.
Our country is being fundamentally changed as promised: bail-outs; government take-over of private companies; the breaking of legal contracts; stimulus spending mostly on government jobs; widely unpopular government healthcare; unemployment compensation now reaching almost two years; higher taxes; plans for a VAT tax and a Cap & Tax tax; promotion of amnesty for illegal aliens before border security; federal lawsuits against states; failure to urgently stop an oil spill crisis; dropping prosecution of blatant Black Panther intimidation at voting centers;  and tasking NASA to make Muslims feel better about their historic contribution to science, among others.
It really doesn't matter if this is coincidental - or if it demonstrates the above strategies in action.  Either way, our country is in great crisis!  And only we can end it - with our votes!
Below are websites which impart this information.

Here is one of the photos of a USO group in the Dallas Airport greeting soldiers who are coming home....

Unstated Embarrassment; US to Buy Own Debt; Moscow Protecting Nuclear Sites; Fed Workers Paid Twice as Much; Taliban Not a Terrorist Organization Now; More Global Warming Myths Exposed; and Imam to go to Middle East on our Dime 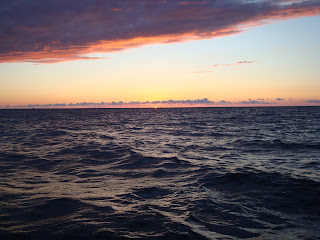 And from the UK: The Obama presidency increasingly resembles a modern-day Ancien Régime: extravagant and out of touch with the American people

As much as the media establishment turn a blind eye to stories like this, which are major news in the international media, the American public is increasingly turning to alternative news sources, including the British press, which has a far less deferential approach towards the White House. It is also showcased by Barack Obama’s drive towards a socialised health care system, which, as I’ve noted before, is “a thinly disguised vanity project for a president who is committed to transforming the United States from the world’s most successful large-scale free enterprise economy, to a highly interventionist society with a massive role for centralized government.” http://blogs.telegraph.co.uk/news/nilegardiner/100050002/the-obama-presidency-increasingly-resembles-a-modern-day-ancien-regime-extravagant-and-out-of-touch-with-ordinary-people/

National Review reports:  House Democrats, Tom Price (R) of Georgia predicts, “won’t be honest with the American people,” [during a lame duck session of Congress]  and may attempt to “shove through” a “national-energy tax,” an “amnesty bill,” and card-check for labor unions — even if they lose their majority in November. Democratic leaders, like Rep. Chris Van Hollen (D., Md.), say Price’s worries are “nonsense” and call his resolution a “scare tactic.”

Still, Price says recent comments by Democratic leaders were enough to make him push for a floor vote. For example, on NBC’s Meet the Press on Sunday, Carol Browner, President Obama’s energy adviser, said that Democrats could potentially revive their energy bill during the lame-duck session. While Price commends Browner “for her candor,” he warns that her comments are an example of Democrats “pushing issues the American people don’t want.” http://www.nationalreview.com/corner/242858/price-lame-duck-threat-robert-costa

The actual vehicle for the bailout could be the Bush-era Home Affordable Refinance Program, or HARP, a sister program to Obama’s loan modification effort. HARP was just extended through June 30, 2011, Reuters Breakingviews reported. On Christmas Eve 2009, the Treasury Department waived a $400 billion limit on financial assistance to Fannie and Freddie, pledging unlimited help.

The move, if it happens, would be a stunning political and economic bombshell less than 100 days before a midterm election in which Democrats are currently expected to suffer massive, if not historic losses, Pethokoukis wrote.

The key date to watch is Aug. 17 when the Treasury Department holds a much-hyped meeting on the future of Fannie and Freddie, Reuters Breakingviews reported.