Barack Obama and the World 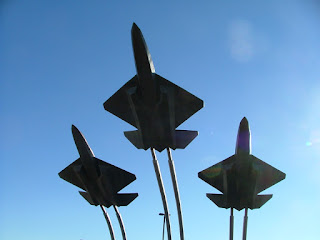 Quote of the week:Judith Klinghofer of Rutgers University states: [Barack Obama], the son of an anthropologist, developed a lot of “tricks,” as he put it, training himself to be a close observer of human nature, figuring out what others needed so he could get where he wanted to go.

He was able to banish any fear in older white folk that he was an angry young black man — with smiles, courtesy and, as he wrote in his memoir, “no sudden moves.” A passage from Barack Obama's first autobiography to remember when Obama is speaking, [almost always with a teleprompter, I add]: On p. 94-95 he describes an effective tactic to deal with White people:
"It was usually an effective tactic, another one of those tricks I had learned: People were satisfied so long as you were courteous and smiled and made no sudden moves. They were more than satisfied; they were relieved - such a pleasant surprise to find a well-mannered young black man who didn't seem angry all the time."
AS OBAMA HAS STATED, WORDS MATTER.>>>>>>
We must heed his words.
OBAMA'S PLACE IN THE WORLD:
"As long as the threat from Iran persists, we will go forward with a
missile defense system that is cost-effective and proven," President
Obama told a crowd of about 20,000 gathered in Prague. Following
that waffle, Russian leader Medvedev refers to Barack Obama as his
"new comrade." Isn't that just great?