Warren Buffett, in a recent interview with CNBC, offers one of the best quotes about the debt ceiling:

It's one of the few HuffPo pieces I agree with, he calls to attention Occupy's obsession with tent cities, its inability to elect candidates to office, the unfocused agenda, and its insistence on class warfare.

The following year, students of any income will be eligible for mini-vouchers that they can use to pay a range of private-sector vendors for classes and apprenticeships not offered in traditional public schools. The money can go to industry trade groups, businesses, online schools and tutors, among others.
Every time a student receives a voucher of either type, his local public school will lose a chunk of state funding.
"We are changing the way we deliver education," said Governor Bobby Jindal, a Republican who muscled the plan through the legislature this spring over fierce objections from Democrats and teachers unions. "We are letting parents decide what's best for their children, not government.

Saudis are “demanding the strongest possible punishment” for McDonald’s after the release of a toy they say insults the Prophet Mohammad. Saudis, “demanding the strongest possible punishment for the restaurant” and insisting that “they will not be silent until this is realized,” further complained how such an obvious insult could pass the supervision of the management at McDonalds. [And thus, the peaceful religion plans punishment for a toy.] http://www.thegatewaypundit.com/2012/05/saudis-hot-bothered-over-mcdonalds-toy-they-say-stomps-on-mohammad/

The Detroit Regional Chamber of Commerce chose Tuesday's launch of its annual policy conference on Mackinac Island to announce it will oppose a proposed 25 percent renewable energy mandate.


The chamber on Tuesday urged Michigan residents not to sign a petition to put a constitutionally mandated 25 percent renewable energy standard on the Nov. 6 general election ballot. The proposal would require Michigan energy providers to produce a quarter of their electricity from sources such as wind and solar — regardless of the cost to Michigan families, businesses and job creators.


Obama Awards Presidential Medal of Freedom To Democratic Socialists of America Chair Dolores Huerta, Says He Stole 2008 Slogan “Yes, We Can” From Her…

Huerta is also an honorary chair of the Democratic Socialists of America (DSA), as Heritage Foundation’s Lachlan Markay notes. DSA’s website explains that its “policies require the support of a majoritarian coalition of trade unionists, people of color, feminists, gays and lesbians and all other peoples committed to democratic change” in order to begin “transforming the power relations of global capitalism.” http://weaselzippers.us/2012/05/29/obama-awards-presidential-medal-of-freedom-to-democratic-socialists-of-america-chair-dolores-huerta-says-he-stole-2008-slogan-yes-we-can-from-her/


The Coalition's renewable energy targets do not outweigh value of the beauty of the English countryside, a High Court judge said yesterday as she rejected planning permission for a wind farm. http://www.telegraph.co.uk/earth/earthnews/9298265/Ruling-on-wind-farm-says-the-countryside-is-as-important-as-climate-change-targets.html

For an anti-war liberal Barack Obama sure has a long list of people he has ordered to be killed. According to the New York Times, Obama – who campaigned on shutting down Gitmo because it played music too loud for terrorists – has, quote, “placed himself at the helm of a top secret ‘nominations’ process to designate terrorists for kill or capture, of which the capture part has become largely theoretical.”


New York State accounted for the biggest migration exodus of any state in the nation between 2000 and 2010, with 3.4 million residents leaving over that period, according to the Tax Foundation.


Dr. Jim Murk opens Islam Rising with the proposal that when history looks back on the turn of the 21st Century, three phenomena will stand out: the rapid world-wide expansion of grassroots Christianity, the resurrection of the nation of Israel, and the surging rise of militant Islam.

We thank those who gave all; Russian/American military exercises in Colorado; Russia prevents UN sanctions on Syria; How to get noticed by DHS; MSNBC uncomfortable to call fallen military "heroes"; Another Muslim at Fort Hood guilty; Barack Obama's two sons; 49% of households on government benefits; Schools tracking your children; The UN and your Internet; Bain Capital and Kohlber Kravis Roberts; Three possibilities; 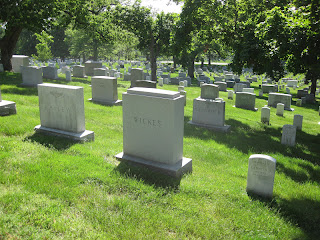 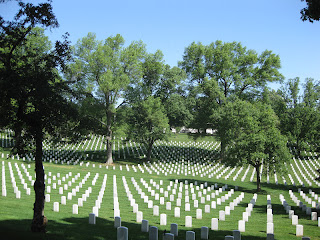 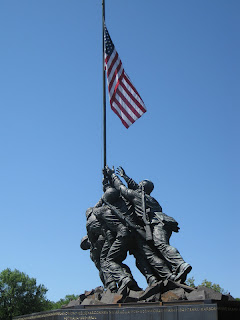 Hayes is worried that doing so is "rhetorically proximate" to justifications for more war.  Oh, the rhetorical proximity!  View the video after the jump.


The US MUSLIM traitor charged with plotting a 2011 attack on Fort Hood troops was found guilty on all counts. Pfc. Naser Jason Abdo, a MUSLIM soldier who was AWOL from Fort Campbell, KY, at the time of his 2011 arrest, faces up to life in prison for his conviction of attempted use of a weapon of mass destruction.

NY POST  A civilian jury at a US District Court in Waco, Texas, also found Abdo guilty of attempted murder of US military personnel and four weapons-related charges

He stood accused of planning to bomb a Killeen, Texas, Chinese buffet frequented by soldiers at nearby Fort Hood. Prosecutors said he was planning to launch his attack around lunchtime to allow for the maximum number of casualties.  http://barenakedislam.com/2012/05/24/behead-the-bastard-u-s-muslim-soldier-found-guilty-of-plotting-a-second-deadly-attack-on-fort-hood-troops/