Getting to Know Obama and Gore 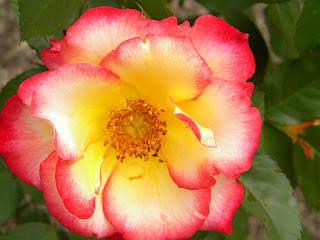 [Explaining, perhaps, the return to Britain by Barack Obama of the bust of Churchill, and the statement by this Administration the "There is nothing special about Britain", comes the following news (hidden from us by our media) from the UK]:  "Mr Obama’s paternal grandfather Hussein Onyango Obama was part of the Kenyan independence movement when he was arrested in 1949 and jailed for two years.
His family allege he was tortured by his British guards to extract information about the insurgency.
“The African warders were instructed by the white soldiers to whip him every morning and evening till he confessed,” said Sarah Onyango, Hussein Onyango’s third wife, told the Times.
Mrs Onyango, who Mr Obama calls Granny Sarah, described how “white soldiers” carried out “disciplinary action”.
“He said they would sometimes squeeze his testicles with parallel metallic rods. They also pierced his nails and buttocks with a sharp pin, with his hands and legs tied together with his head facing down,” she told the paper.
The alleged violence was said to have left Mr Onyango permanently scarred, and deeply anti-British.
“That was the time we realised that the British were actually not friends but, instead, enemies,” Mrs Onyango, 87, said. “My husband had worked so diligently for them, only to be arrested and detained.”
Mr Obama refers briefly to his grandfather’s imprisonment in his best-selling memoir, Dreams from My Father, but states that his grandfather was “found innocent”.
[Don't you think we voters had a right to know this about Obama's history?]
http://www.telegraph.co.uk/news/worldnews/northamerica/usa/barackobama/3543882/Barack-Obamas-grandfather-tortured-by-British.html
----------------------------------------------------------------------------------------------------------
From American Thinker: Weeks after the accusation that Al Gore allegedly forced himself upon an innocent service provider in a Portland, Oregon hotel room there is yet to be an outcry from feminist groups in support of defenseless women forced to physically fight off influential male aggressors.Massage therapist Molly Hagerty has emerged from the shadows and "bravely gone public" with her story of being terrorized by a powerful politician in search of someone to "release his second Chakra." Molly claims the ex-Vice President is, "a pervert and a sexual predator...He's not what people think he is - he's a sick man!"  When Anita Hill accused Clarence Thomas of sexual harassment I was working in academia.  It didn't take long to realize educated feminists view women without advanced degrees as undeserving of being included in the infringed-rights group.  However, back at the hotel, amorous "Call me Al" allegedly felt comfortable enough to be predatory toward a helpless woman whom the left could readily relegate to the disposable "trailer park trash" pile along with Paula Jones and Juanita Broderick.[Where is Gloria Alred now that it is a powerful Democrat caught in the trap?  This masseuse was fearful of losing her job, and her liberal friends advised her to keep quiet for the good of the global warming agenda....  Perhaps she waited til now so as to avoid breaking up a marriage.]  http://www.americanthinker.com/2010/07/als_masseuse_and_the_feminists.html
Posted by Karen at 7:59 AM No comments: 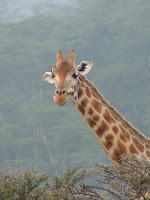 [I'm willing to stick my neck out here to say that it would appear that Nancy Pelosi has never actually studied economics, after hearing this pronouncement from her:]Pelosi: Unemployment Checks Fastest Way to Create Jobs:  [This from the woman who said we needed to pass the health care bill in order to find out what's in it.....]

Fox News Reports:  Unemployment benefits are creating jobs faster than practically any other program, House Speaker Nancy Pelosi said Thursday.
Talking to reporters, the House speaker was defending a jobless benefits extension against those who say it gives recipients little incentive to work. By her reasoning, those checks are helping give somebody a job.
"It injects demand into the economy," Pelosi said, arguing that when families have money to spend it keeps the economy churning. "It creates jobs faster than almost any other initiative you can name."
Pelosi said the aid has the "double benefit" of helping those who lost their jobs and acting as a "job creator" on the side. http://www.foxnews.com/politics/2010/07/01/pelosi-unemployment-checks-best-way-create-jobs/

And in recent days and weeks, for reasons BP has never explained, many fishing boats hired for the cleanup have done a lot of waiting around.
A report prepared by investigators with the House Committee on Oversight and Government Reform for Rep. Darrell Issa, R-Calif., detailed one case in which the Dutch government offered April 30 to provide four oil skimmers that collectively could process more than 6 million gallons of oily water a day. It took seven weeks for the U.S. to approve the offer. http://news.yahoo.com/s/ap/20100702/ap_on_bi_ge/us_gulf_oil_spill;_ylt=AkaV7Y9GtAmJoECFRlesB02s0NUE;_ylu=X3oDMTNoZmFlN2czBGFzc2V0A2FwLzIwMTAwNzAyL3VzX2d1bGZfb2lsX3NwaWxsBGNjb2
RlA21vc3Rwb3B1bGFyBGNwb3MDMgRwb3MDNQRwdANob21lX2Nva2UEc2VjA3luX3RvcF9zdG9
yeQRzbGsDdm9sdW50ZWVyc3Jl
------------------------------------------------------------------------------------------------------------
The New York Daily News reports:  Two Census Bureau managers from a Brooklyn field office were fired after their bosses found they faked household surveys to meet deadlines, the Daily News learned.
Instead of pounding the pavement and knocking on doors, the corner-cutting people-counters mined the phone book and Internet to make up answers to questionnaires, regional director Tony Farthing said.
The managers - turned in by whistleblower employees - were caught last week. Now, at least 10,000 surveys need to be done or redone, officials said.

From Yahoo News comes this:  The Coast Guard said there have been 107 offers of help from 44 nations, ranging from technical advice to skimmer boats and booms. But many of those offers are weeks old, and only a small number have been accepted, with the vast majority still under review, 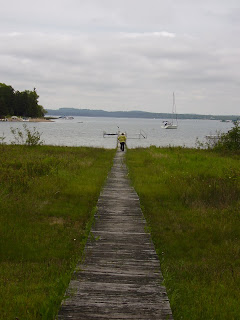 The Hamas figure told the London-based Al-Quds Al-Arabi newspaper that the Americans fear discussing the talks publicly would "rouse the Jewish lobby and other pressure groups in the US and cause them to pressure the administration to suspend all talks with Hamas."  http://www.ynetnews.com/articles/0,7340,L-3910714,00.html
Posted by Karen at 7:10 AM 1 comment:

Newsflash For Michigan on Asian Carp 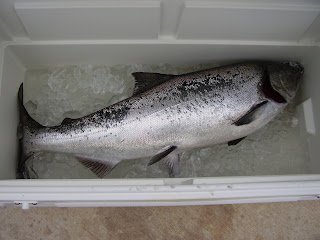 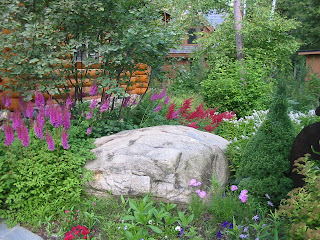 
The 2010 elections are at the center of the struggle for working class relief from economic crisis, poverty, inequality and environmental devastation. Why? Because this election will either solidify the progressive breakthrough of 2008, or send the country reeling backward. Barack Obama's election as president was a victory won by an amazing broad alliance of which we were a part. Our contribution focused on building unity, challenging racism and expanding voter participation.

Rabbi Yehuda Levin, spokesman for the alliance, told CNSNews.com on Thursday that "a great deal has been made about the fact that she would be the second Jewish woman on the court, and we want to signal to people across the country that we take no pride in this.”

Excerpts from a special report to the recent 29th National Convention of the Communist Party USA, by Joelle Fishman. Joelle Fishman role in the Communist Party's Political Action Commission, which gives her responsibility for organizing Party support for "progressive" Democratic Party candidates at the state, congressional, senate and presidential level. She is also, incidentally, the daughter - in - law of late Soviet spy, Victor Perlo
Fishman acknowledges that the Communist Party supported Barack Obama in 2008 - though certainly not for the first time.


The 2010 elections are at the center of the struggle for working class relief from economic crisis, poverty, inequality and environmental devastation. Why? Because this election will either solidify the progressive breakthrough of 2008, or send the country reeling backward. Barack Obama's election as president was a victory won by an amazing broad alliance of which we were a part. Our contribution focused on building unity, challenging racism and expanding voter participation.