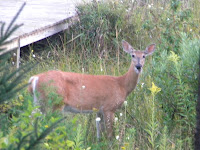 It lays out the case against Obama, Reid and Pelosi and how America hangs in the balance during this coming election.  It has become a staple at Tea Party events and is achieving iconic status as the ultimate statement of what is at stake this November.

Please order it today and arrange for your friends and family to see it.  It is the WMD of this election!  It will persuade anybody within reach to vote Obama's puppets out of office.  And they'll drive through a wall to get to the polls to vote for this change!

[This is the first time I have ever recommended or provided information on a possible purchase by you.  This seems to be an historic recounting of Barack Obama's campaign and first two years in office.  The only thing I regret is that it comes a few weeks to late, not able to be delivered to us til about Oct. 25 - so close to the election. Do at least watch the trailer to see what you think!]

I amend my post to read that it is not Barack Obama who should be tried for treason - it is his fundraiser.....as the article shows.
Posted by Karen at 8:41 AM No comments:

Patterson, a retired Air Force Lieutenant Colonel and best-selling author, also says morale among American forces in Afghanistan is poor and the troops have “absolutely no faith” in their commander-in-chief Obama’s intention of winning the war.

Patterson’s latest book is “Conduct Unbecoming: How Barack Obama Is Destroying the Military and Endangering Our Security.” In an exclusive interview with Newsmax.TV, he was asked why he believes Obama is damaging the military.
Patterson notes that when Obama was running for president, he made Jodie Evans his key fundraiser in California. Evans is co-founder of the radical anti-military group CODEPINK, which raised more than $600,000 for the insurgents fighting U.S. soldiers in Iraq. Paterson was asked if that rises to the level of treason.  “It most definitely does,” he responds.


American Spectator writes: The Obama administration today imposed new offshore drilling safety regulations, a move needed to end its moratorium on deepwater exploratory drilling, but it gave no indication of when that ban would be lifted.
Instead, Interior Secretary Ken Salazar promised the industry would face a "dynamic regulatory environment" in the weeks and months to come, as his department refines and further tightens its safety and environmental standards for offshore drilling. 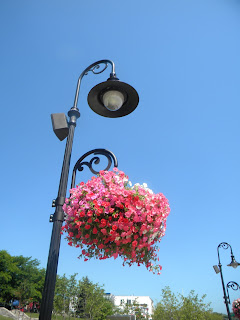 On September 24, about 20 FBI agents spent most of the day searching the Logan Square residence of Chicago activists Stephanie Weiner and her husband, Joseph Iosbaker, reports the Chicago Tribune. Delgado had signed up to the New Party in 1995, along with Barack Obama, Lou Pardo and Communist Party supporter Alice Palmer. Like Obama himself, Delgado was also endorsed by the Chicago Democratic Socialists of America. In 1998 won the seat against Elba Rodriguez by a very slim 241 votes. Delgado was to hold the seat until 2006. The New Party was an electoral alliance dedicated to electing leftist candidates to office-usually through the Democratic Party. It dissolved in 1998. Three organizations formed the backbone of the New Party - the Democratic Socialists of America, the U.S.'s largest marxist organization, ACORN and radical labor union SEIU. Also heavily involved were the Communist Party USA breakaway group Committees of Correspondence and far left "think tank" the Institute for Policy Studies.   The New Party folded in 1998 after its voting tactics were ruled unconstitutional by the Supreme Court. The FBI is now undertaking what has become a high-profile investigation of former members of the organization. Was Barack Obama a member? Undoubtedly. Will the FBI investigate him? What do you think?Read it all at http://www.exposeobama.com/2010/09/29/terror-suspects-were-active-in-obamas-socialist-new-party/?utm_source=Expose+Obama&utm_campaign=211235dcb2-EO_09_29_20109_29_2010&utm_medium=email

Who Is Velma Hart?; Obama Does A Good Thing; This Saturday's March of the Radicals on the Washington Mall 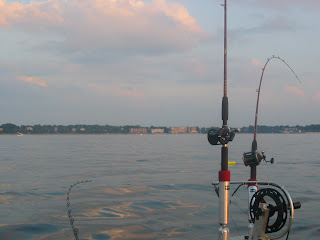 American Thinker opines: Millions of voters have come to realize that this presidency lacks leadership, direction, decisiveness, economic urgency and, most of all, solutions. This combination of deficiencies has produced a more than uninspired citizenry, except for the most loyal and misled supporters of the president.

The recent CNBC town hall provided evidence that Moses is no more. Attendees were carefully screened. Most voted for Mr. Obama. The president played his role, but the cherry-picked audience did not buy it. The dissatisfaction and disillusionment were palpable. The defining moment was provided by Ms. Velma Hart:

I'm a mother. I'm a wife. I'm an American veteran, and I'm one of your middle-class Americans. And quite frankly I'm exhausted. I'm exhausted of defending you, defending your administration, defending the mantle of change that I voted for, and deeply disappointed with where we are.

Mr. Obama's narcissism and self-proclaimed (and self-believed) messiah image drive his behavior. Unfortunately, the magic is gone. Mr. Obama is now perceived as the emperor sans clothes. The public no longer sees Moses, but Elmer Gantry. Elmer Gantry knew what he was about. Obama seems to still believe he is Moses, and therein lies the danger.

Human Events reveals: The Justice Department's unit that allegedly fights disenfranchisement lately has been caught dozing while at least nine states too slowly deliver absentee ballots to overseas GIs. Too many military votes thus may go uncounted in November [Once again!].
In yet another outrage, the Voting Section is static while the rolls of at least 16 states evidently list ineligible voters, including non-residents, disqualified felons, and – yes – dead people. Justice’s response? “ZZZZZZzzzzzz......”    The Big Sleep at Justice seems totally deliberate.
As former Voting Section prosecutor J. Christian Adams testified under oath July 6 before the U.S. Civil Rights Commission, he attended a November 2009 meeting in which Deputy Assistant Attorney General Julie Fernandes discussed the federal law that requires that local officials purge illegitimate names from their voter rolls. Adams swore that Fernandes told Voting Section prosecutors: “We have no interest in enforcing this provision of the law. It has nothing to do with increasing turnout, and we are just not going to do it.”
examples of voter-roll adulteration. 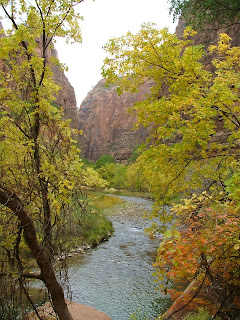 The New York Post reports: The revelatory documentary “Waiting for ‘Superman’ ” opened Friday to parents’ cheers — and union howls.
The film follows five families trying desperately to escape failing traditional public schools in favor of charter schools — and it profiles education reformers rebuilding a national school system that’s in ruins.
The unions panned the flick, naturally: It exposes how they drag kids down into the swamp, spotlighting how bad teachers are passed from school to school and how all-but-automatic tenure allows even the worst teachers to stay on the job.

The New York Post reports: President Mahmoud Ahmadinejad's six nights in New York featured a secret sit-down with militant minister Louis Farrakhan, heckling in a hotel bar, and a fear of being rubbed out that bordered on paranoia.
The president shared a hush-hush meal with Farrakhan and members of the New Black Panther Party Tuesday at the Warwick Hotel on West 54th Street.
The meeting of the podium smackers took place in a banquet room, where the fiery leaders presumably exchanged theories on what's wrong with the world. Read more: http://www.nypost.com/p/news/local/jad_monster_ball_Z7Km37ydJJJHSxgrxPtfbJ#ixzz10jBxssWN