Declaration of Independence and Constitution are Now Offensive; Upgrades to Immigration Detention Centers; ACORN Fraud ; and Oil Booms on the Way

You spoke out. You voted. The winning item this week for saving government money was to reform Fannie Mae and Freddie Mac, which would generate over $30 billion in savings for the taxpayers. As promised, House Republicans again made history by bringing the item you selected to the floor for an up-or-down vote.

Three days after the explosion of the Deepwater Horizon in the Gulf of Mexico, the Dutch government offered to help.
It was willing to provide ships outfitted with oil-skimming booms, and it proposed a plan for building sand barriers to protect sensitive marshlands.
The response from the Obama administration and BP, which are coordinating the cleanup: “The embassy got a nice letter from the administration that said, ‘Thanks, but no thanks,'” said Geert Visser, consul general for the Netherlands in Houston.
Now, almost seven weeks later, as the oil spewing from the battered well spreads across the Gulf and soils pristine beaches and coastline, BP and our government have reconsidered. 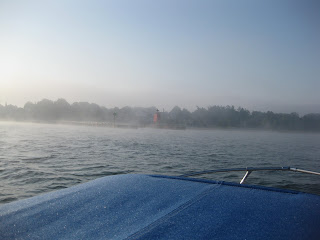 An Army officer who invited his own court-martial to resolve for the nation questions about Barack Obama's eligibility to be president has waived a preliminary hearing in his case.[This officer is risking 2 years of hard labor in prison to finally have this question answered instead of being covered up via almost a million dollars of Obama's money for the work of his attorneys.]
The Constitution, Article 2, Section 1, states, "No Person except a natural born Citizen, or a Citizen of the United States, at the time of the Adoption of this Constitution, shall be eligible to the Office of President."
WorldNetDaily is reporting: There have been a multitude of challenges and lawsuits over the issue. Some have alleged that he was not born in Hawaii in 1961 as he has written, or that the framers of the Constitution specifically excluded dual citizens – Obama's father was a subject of the British crown at Obama's birth – from being eligible for the office. [For details, do follow the link to the article.]
Besides Obama's actual birth documentation, the still-concealed documentation for him includes kindergarten records, Punahou school records, Occidental College records, Columbia University records, Columbia thesis, Harvard Law School records, Harvard Law Review articles, scholarly articles from the University of Chicago, passport, medical records, his files from his years as an Illinois state senator, his Illinois State Bar Association records, any baptism records, and his adoption records. [He certainly does act as someone who has something to hide.] 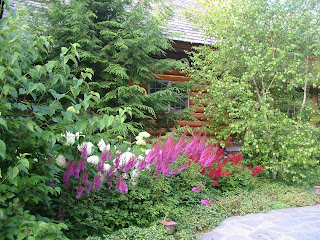 
From the UK: TALIBAN fighters are burying dirty needles with their bombs in a bid to infect British troops with HIV, The Sun can reveal.

Hypodermic syringes are hidden below the surface pointing upwards to prick bomb squad experts as they hunt for devices. The heroin needles are feared to be contaminated with hepatitis and HIV. And if the bomb goes off, the needles become deadly flying shrapnel.

The following is a small part of a column in American Thinker titled:  A Shrink Asks: What's Wrong with Obama?

[For fascinating details of Obama's life as a child, do read the entire article.  It is not the first time I have read of this, and is shocking and unsavory to say the least.  That it is getting coverage in this venue proves how important it is.]  James Carville railed about Obama's blasé attitude after the catastrophic oil spill. The New York Times' Maureen Dowd revamped Obama's "Yes We Can" motto into "Will We Ever?"

The liberal women of the TV show "The View" have expressed sympathy for Michelle Obama's living with a man so out of touch. Peggy Noonan, hardly a vehement Obama foe, recently pronounced him disconnected.
Obama is flat when passion is needed; he's aggressive when savvy is required. What's most worrisome is that Obama doesn't even realize that his behavior is inappropriate.

Yet a personality disorder like narcissism does not explain Obama's strangeness: his giggling while being asked about the economy; his continuing a shout-out rather than announcing the Ft. Hood shootings; or his vacations, golfing, partying and fundraising during the calamitous oil spill.
Take also Obama's declaring on the "Today Show" that he wants to know whose ass to kick. Consummate narcissists would never stoop to this vulgar display of adolescent machismo.
Obama is flat when passion is needed; he's aggressive when savvy is required. What's most worrisome is that Obama doesn't even realize that his behavior is inappropriate.
It means that liberals need to wake up and spit out the Kool-Aid...and that conservatives should put aside differences, band together, and elect as many Republicans as possible. Because Obama will not change. He will not learn from his mistakes. He will not grow and mature from on-the-job experience. In fact, over time, Obama will likely become a more ferocious version of who he is today.
Why? Because this is a damaged person. Obama's fate was sealed years ago growing up in his strange and poisonous family. Later on, his empty vessel was filled with the hateful bile of men like Rev. Wright and Bill Ayers. Obama will not evolve; he will not rise to the occasion; he will not become the man he was meant to be. This is for one reason and one reason alone:  He is not capable of it.  http://www.americanthinker.com/2010/06/a_shrink_asks_whats_wrong_with.html
A frequent AT contributor, Robin is a psychotherapist in Berkeley and a recovering liberal.
-------------------------------------------------------------------------------------------------------------

The Chairman of the Democrat National Committee recently put forth eight  points on which the Dems should run for office, one of them being that they have strengthened their relationships with our allies across the world.  Funny, eh?  Here is what the Russians have to say, according to the European Union Times:
Foreign Ministry reports circulating in the Kremlin today are warning that an already explosive situation in the United States is about to get a whole lot worse as a new law put forth by President Obama is said capable of seeing up to 500,000 American citizens jailed for the crime of opposing their government.
Sparking the concern of Russian diplomats over the growing totalitarian bent of the Obama government is the planned reintroduction of what these reports call one of the most draconian laws ever introduced in a free society that is titled “The Violent Radicalization and Homegrown Terrorism Prevention Act”.
[They end the article with this summary:]
As another example of how dictatorial the Obama regime has become, and as the Gulf of Mexico oil debacle has now become the worst ecological disaster our World has ever seen, the White House press secretary, Robert Gibbs, this past week slammed American reporters for “asking too many questions about BP”.  Leading one to ask that if Obama’s regime can’t be asked about this disaster, what can they be asked about?
The answer is apparently none, as Obama himself, just this past week, in announcing his signing of a new law called the Press Freedom Act refused to answer any reporters questions and abruptly left them standing in stupefaction over the irony an ordeal that shows how far America has fallen.
Another irony apparently lost upon the American people is that their President Obama, who has been dubbed “The Great Communicator”, now holds the dubious distinction of having held less press conferences than any American President in modern history.  And if yesterday’s press conference, his first in nearly a year, was any example one can see why as incredulous press corps was left astounded that Obama had no knowledge of the firing/resignation of one of his top officials.
In all of these events one fact, beyond all others, stands out….in what was once called “The Land of the Free, And the Home of the Brave”…..the United States today has become “The Land Of Slave, And the Home of the Coward”….and these Americans have only themselves to blame.  http://www.eutimes.net/2010/05/new-obama-law-warned-will-jail-500000-americans/
Posted by Karen at 8:06 AM 1 comment: 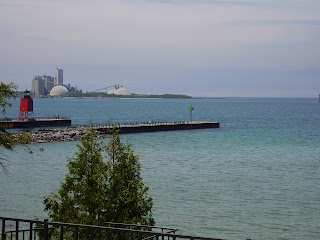 The American Thinker opines:  The amorous Dr. Berwick [founder of the Institute for Healthcare Improvement, has reportedly been named by President Obama to head Centers for Medicare & Medicaid Services (CMS), the organization that administers programs including Medicare and Medicaid] wants American health care to mimic the NHS, which, according to Cato Institute's Michael Tanner, has three-quarters of a million patients waiting to enter hospitals. The U.K. had hoped to achieve a wait time of less than eighteen weeks by 2008. The deadline now passed, the NHS hopes to improve on an abysmal 30 to 50 percent of patients seeing specialists within eighteen weeks. Shockingly, each year, 50,000 queued-up NHS patients become too sick to undergo what might have been life-saving surgeries.
In early 2009, at one hospital alone, Britain's Healthcare Commission reported 1,200 deaths attributable to "appalling standards of care," "patients left for hours in soiled bedclothes," unattended injured people "covered in blood and without pain relief," and patients receiving wrong or no medication. Also in 2009, London's Daily Telegraph documented nearly 400 deaths a year at two hospitals that lacked "basic nursing skills" and made a habit of parking untreated patients in emergency areas for ten hours.
The doctor tells the NHS audience that there is "little evidence" that consumer choice and competition create a "healthcare system you want and need."  http://www.americanthinker.com/2010/06/leader_with_a_plan_invites_a_h.html

On Israel and Jews 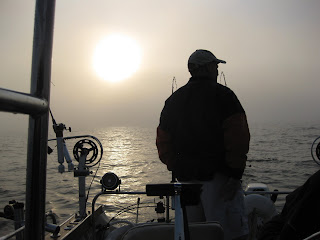 How is this for an unbiased reporter - old Helen Thomas:  rhttp://www.breitbart.tv/helen-thomas-tells-jews-get-the-hell-out-of-palestine-and-go-back-to-germany-poland  [In this video, Helen is heard using the aforementioned quote, during a Jewish Heritage Celebration at the White House on May 27, 2010, of all places!  Doesn't this anti-Semite know that Jews lived in Palestine before the Holocaust?  Or that 6 million Jews were killed in their "homes" of Poland and Germany?]

[Then, on June 1, 2010, following the flotilla incident] Newsbusters writes:  Helen Thomas was on her typical, Israel-hating self Tuesday when during the White House press briefing, she called the previous day's flotilla incident a "deliberate massacre, an international crime."  [Never mind that the actual facts of the situation were not yet known.]