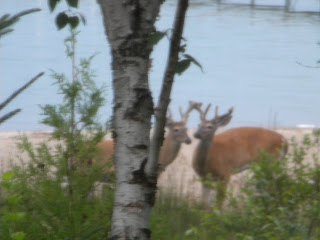 A blast from the past: "What President of the United States, asks Daily Caller, mocks and makes fun of the people he serves? Do you ever remember a President being so flippant and condescending?
“I have been amused a little over the past couple of days where people have been having these rallies about taxes,” Obama said.*

Read more: http://dailycaller.com/2010/04/16/obama-says-tea-partiers-should-be-thanking-him-not-protesting-his-tax-policies/#ixzz0t0aj2HtJ
President Barack Obama struck a hyperpartisan note Thursday, telling Democrats that he was “amused” by the Tax Day Tea Party rallies.
Obama, addressing a Democratic National Committee (DNC) fundraiser in Miami, did little to endear himself to the Tea Party groups protesting around the country, saying “they should be saying thank you” because of the tax cuts he has signed into law.
-----------------------------------------------------------------------------------------------------------
[It is in the news that our President has made a recess appointment of his pick to be Administrator of the Centers for Medicare & Medicaid Services (CMS).   What you may not remember from a blog a month or so ago is this, as reported by ABC News]: In an interview last year with Biotechnology Healthcare, Berwick said society makes decisions about rationing all the time, and that the "decision is not whether or not we will ration care -- the decision is whether we will ration with our eyes open. And right now, we are doing it blindly." [Is it any wonder that Republicans may have given the big O a hard time if Congress had been able to do their duty to vote for him or not?  It's yet one more radical appointee.  It is getting harder to believe it is all a coincidence.]
In 2008 while speaking on the British health care system in the UK, Berwick said wealthy individuals must redistribute their wealth to those less fortunate for health care funding. Also during this speech, he told those in attendance that he opposes free markets.
“Any health care funding plan that is just equitable civilized and humane must, must redistribute wealth from the richer among us to the poorer and the less fortunate. Excellent health care is by definition redistributional.”
http://blog.eyeblast.tv/2010/07/flashback-donald-berwick-we-must-redistribute-wealth/
---------------------------------------------------------------------------------------------------------------------------------
Glenn Beck reports:  The Department of Justice apparently doesn't think the voter intimidation at the polls in Philadelphia by the Black Panthers merits any further attention. Perhaps they haven't seen the video of the same Black Panther who was at the polls [in an earlier venue] also calling for white people (crackers, as he so eloquently put it) and their babies to be killed. He said, " I hate white people, all of them. Every last iota of a cracker, I hate him. You want freedom? You are going to have to kill some crackers. You might have to kill some of their babies". [There is more.  You find this difficult to believe?  Here is King Shameer Shabazi (or something like that) ] http://www.exposeobama.com/2010/07/07/videoblack-panther-that-obama-admin-protected-advocates-killing-white-babies/?utm_source=Expose+Obama&utm_campaign=cc6ef64b88-EO_7_7_107_7_2010&utm_medium=email
[The DOJ had actually already won the case and was preparing for sentencing when suddenly the case was dropped.  But then the administration moved to dismiss the charges the following month after getting one of the New Black Panther members to agree to not carry a "deadly weapon" near a polling place until 2012. [So - it will be AOK to arm themselves IN 2012 - as in our next Presidential Election?  The Justice Department decided to drop the case because prosecuting blacks is racist- and because the NAACP put pressure on them.  I believe we are on the cusp of becoming a Third World country - where our vote is threatened by thugs and Black Panthers, and ACORN actively works for unfair elections.] http://www.foxnews.com/politics/2010/07/06/ex-official-accuses-justice-department-racial-bias-black-panther-case/
[It has now been told that the purpose of the Black Panthers was not only to intimidate votors - but to distract votetrs so that the fraudulent ACORN voters would not be noticed.  Our country is in serious troubhle 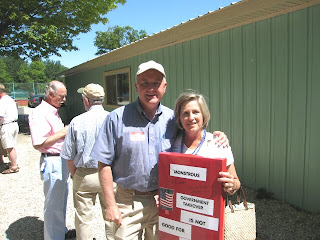 “Price is what you pay. Value is what you get.” — Warren Buffett   [We certainly are paying a very high price for electing this President, and we are getting the value of the waking up of good Americans to the agenda of Progressives.]

Americans for Tax Reform propose the following:  “This card a tangible reminder that Obama has deliberately broken his central campaign promise not to raise any form of taxes on Americans earning less than $250,000. The last President to break his tax pledge – Bush 41 – served only one term.” – Grover Norquist, president of Americans for Tax Reform

There, Kagan reportedly strong armed Harvard's health insurer to pay for sex change operations for staff and students.  So an l8 year old who wasn't sure about his career choice could, without parental knowledge or approval, reconfigure his private parts.

Kagan also spearheaded a campaign to make bathrooms unisex. Apparently, she considers gender-neutral johns to be a Constitutional right, more compelling than the First and Second Amendments.

Kagan and Obama and all the President's Czars are secular fundamentalists.  They are trying to force feed a radical agenda on this country.  And they're doing it, in part, by recruiting impressionable children.  http://www.americanthinker.com/2010/07/the_lefts_use_and_abuse_of_chi.html

Declaration of Independence; Pass and Deem on Budget; Reaching Out to Muslims; and the Arizona Immigration Law 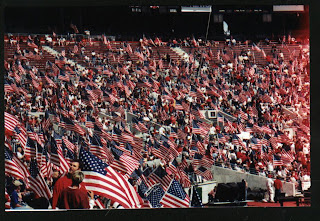