Only Supremes Can Try the Arizona Immigration Law?

[Read it for yourself:] Article III, Sec. 2, clause 2 of the Constitution says:

According to the Canada Free Press attorney: “Original” jurisdiction means the power to conduct the “trial” of the case (as opposed to hearing an appeal from the judgment of a lower court). You all know quite well what a “trial” is - you see them all the time on TV shows: Perry Mason, Boston Legal, The Good Wife, etc. Witnesses testify and are cross-examined, etc.

The style of the Arizona case shows quite clearly that the named defendants are:

Judge Susan R. Bolton has no more authority to preside over this case than do you http://canadafreepress.com/index.php/article/25983 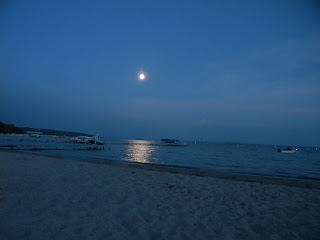 Drew Zahn, World Net Daily : One of Washington D.C.’s most feared and fearless corruption watchers has told WND he intends to file an ethics complaint to have Supreme Court nominee Elena Kagan disbarred from practicing before the court she aspires to join – and possibly subjected to criminal prosecution – for her role in an escalating controversy over partial-birth abortion.
Larry Klayman, founder of Judicial Watch and Freedom Watch USA, is bringing the complaint, alleging Kagan altered an official scientific report used as evidence by the Supreme Court to persuade the justices to overturn bans on partial-birth abortion.
Kagan’s amendment dramatically changed the meaning of the ACOG statement, and court records show the statement was passed off on the Supreme Court as official scientific opinion, even though the ACOG’s panel of scientists never approved Kagan’s wording.
Klayman told WND he believes Kagan’s behind-the-scenes work constitutes "conspiracy to defraud the Supreme Court," and he intends to take the evidence that has been compiled by the pro-life groups to file a complaint before the clerk’s office of the U.S. Supreme Court, seeking to have Kagan disbarred as a practicing lawyer in front of the Supreme Court.  http://www.exposeobama.com/2010/07/28/ethics-complaint-to-be-filed-against-elena-kagan-that-could-disbar-her/?utm_source=Expose+Obama&utm_campaign=7625837305-EO_7_28_107_28_2010&utm_medium=email
-----------------------------------------------------------------------------------------------------------
Adn.com writes: If the presidential election were today and Sarah Palin somehow topped the Republican ticket, and even if she were joined in the race by an orangutan named Bob, and they were facing Barack Hussein Obama and Joe Biden -- or an idiot to be named later -- I would be forced to vote for her. Yeah, that's right. Vote -- for her. Sarah Palin. And Bob.  Embracing that reality makes me want to shower, and it is an acknowledgment that our political system has imploded. I'm the proud owner of a "Hater" T-shirt, for crying out loud, but the future is increasingly clear. If this nation is subjected to another four years of Obama's lunacy, it likely is finished, kaput, toasted.
The charges of failure to do right -- dismissed as partisan attacks aimed at scaring people -- have proved true, and revelations are surfacing daily. It turns out Obama lied about everything from radically expanding IRS powers to targeting small-business owners who were promised the law would benefit them. Instead, it will be regulatory hell. He also lied to Congress.

Republican Study Committee Chairman Tom Price (R-GA) issued the following statement after offering a resolution on the floor of the House of Representatives calling on Congress not to hold a lame duck session after Election Day for the purpose of passing hugely unpopular legislation like a national energy tax, enormous deficit spending bills, and the kickback to Big Labor known as “Card Check http://rsc.tomprice.house.gov/News/DocumentSingle.aspx?DocumentID=201525
Posted by Karen at 7:09 AM 1 comment:

Wikileaks Endangers our Afghan War Effort and the Lives of Informants There; and Obama's Priorities vs. his Problems 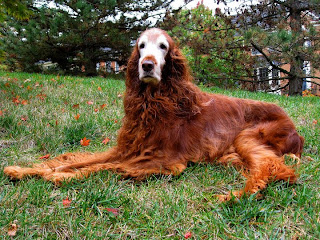 Judge NAPOLITANO, on Fox News Network: [The judge reported that while interviewing Mr. Assange, the founder of WikiLeaks, Mr. Assange stated that] he presented the documents - there were over 100,000 pages of them, to the White House weeks before they were released. He wouldn't give me an exact date.
Is there anything in here that can't be released, that you want redacted, that you don't want released that you questioned the authenticity of? The White House's response was silence.


"The White House is trying to downplay this, but the White House should look at the vote of the House of Representatives yesterday in which a hundred Democrats voted against the supplemental appropriation to fund the war in Afghanistan," Napolitano explained. "Those are people in the President's own party. When did they take that vote? Three days after the WikiLeaks documents came out."

And apparently, the Obama administration made no such effort and couldn't have cared less, or that's the impression that Mr. Assange gave," Napolitano said.

Job Creation Stats a Guess; Health Insurance Mandate (a Tax or a Not?); England Breaking up Socialized Medicine and Our Public Option; and Offshore Drilling Ban 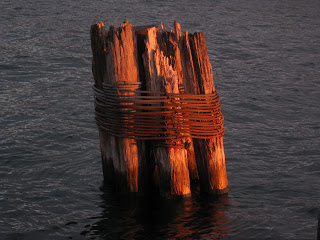 ABC News reports: At its peak last month, the oil slick was the size of Kansas, but it has been rapidly shrinking, now down to the size of New Hampshire.
Today, ABC News surveyed a marsh area and found none, and even on a flight out to the rig site Sunday with the Coast Guard, there was no oil to be seen.
Still, it doesn't mean that all the oil that gushed for weeks is gone. Thousands of small oil patches remain below the surface, but experts say an astonishing amount has disappeared, reabsorbed into the environment.
"[It's] mother nature doing her job," said Ed Overton, a professor of environmental studies at Louisiana State University.
http://abcnews.go.com/WN/bp-oil-spill-crude-mother-nature-breaks-slick/story?id=11254252
-------------------------------------------------------------------------------------------------------------
From the NYT: The Senate on Tuesday refused to take up a bill that would require more disclosure of the role of corporations, unions and other special interests in bankrolling political advertisements, after Democrats failed to persuade even one Republican to support it. The bill was drafted in response to a Supreme Court decision in January allowing unlimited campaign spending by corporations and interest groups. President Obama and Democratic leaders have been seeking to use the Republicans’ opposition to the bill to portray them as beholden to corporate interests.
t a news conference and in an impassioned floor speech, the Senate Republican leader, Mitch McConnell of Kentucky, denounced the legislation and chided Democrats for diverting the Senate’s agenda from a bill aimed at helping small businesses in a bid to take up the campaign finance disclosure measure.
“This bill is about protecting incumbent Democrats from criticism ahead of this November’s election — a transparent attempt to rig the fall election,” he said. http://www.nytimes.com/2010/07/28/us/politics/28donate.html 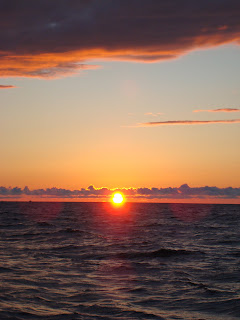 The Daily Beast spares no words on Charlie Rangel: He's an embarrassment, and a hindrance to his party's 2010 fortunes. Here is Tunku Varadarajan on why Rangel must resign—and why racism is no longer a viable defense against challenges to his conduct:

Charlie Rangel, oleaginous octogenarian extraordinaire, put on a press conference at lunchtime on Friday that was such a master class in shifty-eyed flimflam that no one who watched it can have left its Harlem venue (or their TV screens) unconvinced that he is, by some great distance, the most knavish congressman in Washington.
There can be little doubt that Rangel—who has served a mind-boggling, and, for those concerned with standards of official conduct, depressing, 20 terms—is not going to be able to run for a 21st term. His career is now over. I predict that he will resign by, or on, Thursday of next week, the day on which the House Ethics Committee lays formal charges against him, charges which—if he contests them—will go to public trial. (The charges are, by now, so well known that they scarcely bear repeating: undeclared taxes on income from a beachfront villa in the Dominican Republic; the securing of four luxury apartments at a heftily subsidized rent; and the granting of lucrative favors to a donor. Read a detailed account here. (Rangel has, predictably enough, protested his innocence all along.). http://www.thedailybeast.com/blogs-and-stories/2010-07-23/charlie-rangel-will-resign-next-week-predicts-tunku-varadarajan/?cid=tag:all---
-------------------------------------------------------------------------------------------------------------
A federal judge pushed back Thursday against a contention by the Obama Justice Department that a tough new Arizona immigration law set to take effect next week would cause "irreparable harm" and intrude into federal immigration enforcement.

Polling on Obama; Troop Out - Contractors In; Juan Doesn't Get It; Foreign Relations with North Korea; Paycheck Fairness Act; JournoList; Freedom of Worship....; and Elena Kagen 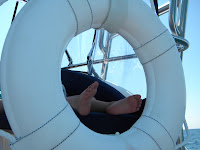 Democrats will be gulping this morning at the Quinnipiac Poll's latest results. For the first time in the survey's history, Americans believe by a 48% to 40% margin that President Obama doesn't deserve re-election. Almost as stinging, a plurality believe the country would have been better off if John McCain had beaten Mr. Obama in 2008. [Congress received just an 11% approval rating!]       http://online.wsj.com/article  /SB10001424052748704684604575381191790284742.html?mod=WSJ_Opinion_LEFTTopOpinion
-------------------------------------------------------------------------------------------------------------
Can diplomats field their own army? The State Department is laying plans to do precisely that in Iraq, in an unprecedented experiment that U.S. officials and some nervous lawmakers say could be risky. In little more than a year, State Department contractors in Iraq could be driving armored vehicles, flying aircraft, operating surveillance systems, even retrieving casualties if there are violent incidents and disposing of unexploded ordnance. Under the terms of a 2008 status of forces agreement, all U.S. troops must be out of Iraq by the end of 2011.
Iraq remains a battle zone, and the American diplomats and other civilian government employees will need security. The U.S. military will be gone. Iraq's army and police, despite billions of dollars and years of American training, aren't yet capable of doing the job.
The State Department, better known for negotiating treaties and delivering diplomatic notes, will have to fend for itself in what remains an active danger zone.

Everyone knows that religious Jews keep kosher, religious Quakers don't go to war, and religious Muslim women wear headscarves-yet "freedom of worship" would protect none of these acts of faith."


Perspectives Of A Russian Immigrant: Elena Kagan And 'The Urge To Alter'

By SVETLANA KUNIN
I am not in any entitlement program, and I'd gladly challenge Mr. Bai's understanding of a high-tech economy, immigration and free trade. I worked for 26 years as a software developer in America, a civil engineer in Russia, and am an immigrant myself.
I am quite sensitive to racial issues — I know from personal experience how a centralized state manipulates ethnic tensions and divides citizens in order to distract them from its own gross incompetence, while it swallows people's liberty

[In discussing Elena Kagen, she writes]: Studying history at Princeton and referring to "socialism's greatness," she was somehow oblivious to the suffering millions of her contemporaries endured around the world throughout the 20th century.
[Quoting Kagen] "The desire to conserve has overwhelmed the urge to alter," she wrote. "Such a state of affairs cries out for explanation. Why, in a society by no means perfect, has a radical party never attained the status of a major political force? Why, in particular, did the socialist movement never become an alternative to the nation's established parties?"  [This woman will likely be our next Supreme Court Justice.....]
http://www.investors.com/NewsAndAnalysis/Article.aspx?id=541414&p=2