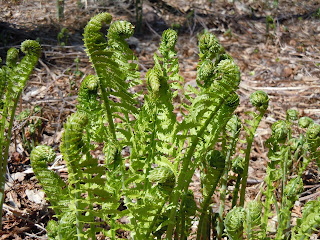 President Obama wrote a letter to congressional leaders this afternoon suggesting that the role is now so “limited” he does not need to seek congressional approval.
A senior administration official told ABC News that the letter is intended to describe “a narrow US effort that is intermittent and principally an effort to support to support the ongoing NATO-led and UN-authorized civilian support mission and no fly zone.”

“The US role is one of support,” the official said, “and the kinetic pieces of that are intermittent.” http://blogs.abcnews.com/politicalpunch/2011/05/white-house-on-war-powers-deadline-limited-us-role-in-libya-means-no-need-to-get-congressional-autho.html

GM, Ford & Chrysler To Open Plants in Mexico; Circumcision May Become Illegal in San Francisco; Obama Expects Israel to Cave; Obama's 60 Days Are Up; University Graduates Sour on President - Only 27% Would Vote For Him 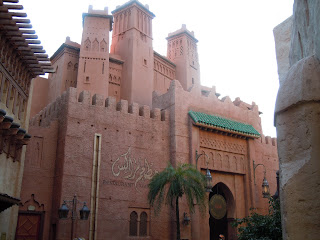 The Jerusalem Post writes: A day before their scheduled meeting in Washington, Prime Minister Binyamin Netanyahu and US President Barack Obama staked out dramatically conflicting positions Thursday as to the path for resolving the Israeli-Palestinian conflict. 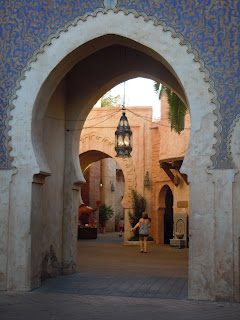 Words of Hamas MP and Cleric Yunis Al-Astal, 5-11-2011:  "Jews were brought to Palestine so that the Palestinians and the Islamic nation behind them will have the honor of annihilating the evil of this gang.  Their arrival in Palestine was for the purpose of their great massacre.  The land of Palestine will become the capital of the Islamic Caliphate." [And yet it seems America doesn't stand behind Israel - watching while another Holocaust is being openly planned....]


Big Government writes: The University of Colorado Sea Level Research Group is coming to their rescue. The NASA-funded group claims glacial melt is removing weight that had been pressing down on land masses, which in turn is causing land mass to rise. This welcome news mitigates sea-level rise from melting glacial ice, meaning sea level will rise less than previously thought. However, it is very inconvenient for alarmist sea level predictions. Therefore, instead of reporting the amount by which sea level is rising in the real world, the Sea Level Research Group has begun adding 0.3 millimeters per year of fictitious sea level rise to “compensate” for rising land mass.
The extra 0.3 millimeters of fictitious sea level rise will add up to 1.2 inches over the course of the 21st century. While this is not monumental in and of itself, it will allow alarmists to paint a dramatically different picture of sea level rise than is occurring in the real world. For example, the current pace of 8 inches of sea level rise for the present century is essentially no different than the 7 inches of sea level rise that occurred last century. However, with an artificially enhanced 9.2 inches of sea level rise, alarmists can claim sea level is rising 31 percent faster than it did last century.

Obama will announce several programs intended to increase U.S. and international investment, create jobs and spur economic growth in the two countries, the officials said. The goal is for Tunisia and Egypt to serve as models for a region undergoing change so that other countries have incentive to undertake similar reforms, according to the officials.Specific programs include relieving Egypt of up to $1 billion in debt over the next two to three years so the money can be invested by the Egyptian government in economic development plans, and providing $1 billion in loan guarantees to finance infrastructure development and job creation, the senior administration officials said. http://www.kfoxtv.com/politics/27946104/detail.html

American Thinker describes CFLs: [Here is pertinent information for those of you who are NOT hoarding incandescent light bulbs]: New evidence of CFLs causing fires -- even exploding -- as well as new environmental concerns have come to light since my article The CFL Fraud published.  Here are some of the additional fires:

"I had one of these CFL's in my garage socket, and it blew a component (not the glass corkscrew) and caught fire.  Fortunately, I was standing four feet away at the time.  I turned off the power and smothered the bulb with a towel." LINK

"I heard a sizzling sound like bacon, looked in the direction of the sound and watch the CFL burst into flame with flames licking up onto the ceiling of my house." LINK

"I've had two CFLs explode on me.  One in our bedroom overhead light.... I took a long time cleaning the bedspread and carpeting, because of fears of the mercury residue.  Had another one explode in the family room." LINK 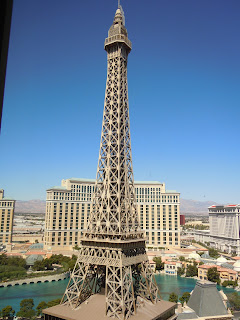 The Washington Examiner reveals NLRB agenda: Why has private-sector unionization fallen from 35 percent of the work force during World War II to less than 7 percent today? The main reason is that unions raise a firm's labor costs, leaving fewer resources for things like job
creation, capital improvements, and research and development. Unions also make it much harder for owners
and executives to make practical business decisions.

Obama's NLRB doesn't give a hoot what the Supreme Court ruled. Not only is the NLRB standing firm in its
Boeing suit, but the leaked memo, which was obtained by the Heritage Foundation's Hans von Spakovsky
and James Sherk, also shows that the board seeks to elevate union officials to equal partners with executives in corporate boardrooms of all unionized firms. The memo instructs NLRB regional operatives to flag all cases
in which unionized firms made relocation decisions without submitting detailed economic justifications to their
unions.  The intended consequence is that all major business decisions will become subject to approval by
unions. Soviet Communist Party theoretician Leon Trotsky wrote this in 1931: "The workers need control not
for platonic purposes, but in order to exert practical influence upon the production and commercial operations
of the employers. ... In a developed form, workers' control thus implies a sort of economic dual power in the
factory." Were Trotsky still around, he would no doubt cheer Obama's NLRB.


"According to an announcement posted on Shanghai GM’s official web site yesterday, whose title reads "joining hands with China Film Group, Cadillac whole-heartedly supports the making of the Birth of a Party..." [Isn't it terrific to know where our taxpayer dollars are being spent?]   http://www.washingtontimes.com/blog/watercooler/2011/may/17/gm-sponsors-and-celebrates-soon-be-released-chi-co/ A new human rights curriculum that was recently introduced to middle schools and high schools all across New York is a disservice to students because it wastes precious instruction time which would be more wisely spent on academic fundamentals.

The web event originated from a classroom at Chestnut Ridge Middle School, a school with a student population that recently scored below-average on statewide tests, according to the New York Times.  It is extremely difficult to see how lessons focusing on corporate “greed,” landmine awareness, Chinese labor camps and abolishing the death penalty will do anything to raise student test scores in math, reading and science.
According to a NYSUT blog, the curriculum “introduces general human rights issues” and “urges students to become personally involved in the protection of human rights.”
New York parents and taxpayers ought to be very concerned that their public schools think this curriculum is an appropriate use of time.  Students may end up with an increased awareness of global problems, but if they don’t graduate with basic academic skills, what can they possibly do about such issues?
This is another case of public schools using class time to indoctrinate students with a radical, leftist political agenda. No curriculum that promotes the views of Van Jones should be allowed to pollute the minds of school kids.
New York schools need to focus on the rights of their students to an education that prepares them for life. Teaching social awareness to students who are lacking basic academic skills is a luxury that New York schools, families and taxpayers cannot afford.  http://biggovernment.com/kolson/2010/12/13/ny-schools-human-rights-curriculum-features-van-jones/#more-206369      and
http://www.nysut.org/cps/rde/xchg/nysut/hs.xsl/mediareleases_15938.htm
----------------------------------------------------------------------------------------------------------
RedState writes: For the last few years, America has been slowly awakened to the level of Marxism taught in American classrooms. From the of taking public school students to Cuba and the NEA’s reccommendation of Saul Alinsky to the most recent revelation of the University of Missouri’s “Introduction to Labor Studies” taught by two Marxists who, in addition to allegedly giving a Communist organizer two hours of class time to recruit, also shared the finer points of industrial sabotage and cat electrocutions.
Pecinovsky also described the dues requirements and initiation procedures of the Communist Party, and gave out his phone number several times, offering to stay as long as anyone wanted to talk to him about joining.
Prof. Ancel acknowledged that joining the Communist Party could cost students their future security clearances, make them less desirable to future employers, and potentially put them on federal watch lists. Still, she and Prof, Giljum invited this organization into class to recruit.
the Left becomes hysterical when individuals who donate their private money to universities and have the audacity to place some conditions on their donations.
Last week, Bloomberg reported on former BB&T Corp. chairman John Allison’s giving of grants of up to $2 million to schools if they create a course on capitalism and make Atlas Shrugged required reading. http://www.redstate.com/laborunionreport/2011/05/14/none-dare-call-it-hypocrisy-the-lefts-outrage-over-teaching-free-enterprise-in-universities/
------------------------------------------------------------------------------------------------------------- 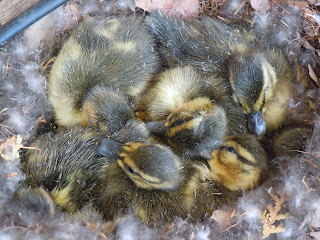