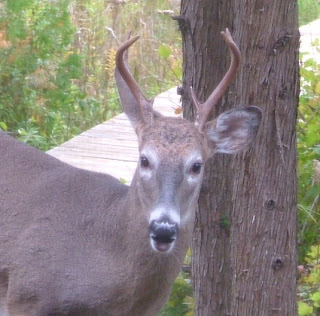 Republican House Leaders joined U.S. Representative Thaddeus McCotter yesterday in sending a letter to the White House outlining substantive ideas on how to help turn around our nation's economy and boost the number of new jobs.

As reported in the Wall Street Journal, the letter (again) outlined the Republicans willingness to work with the Administration to move America forward. Included, several public policy proposals were outlined, including:

Earlier this year, Representative McCotter participated in a work group crafting many of these initiatives which could have, in turn, provided twice the jobs at half the cost of the Administration's stimulus package. 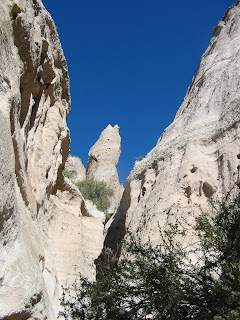 His remarks, which drew angry and immediate calls for an apology from Republicans, were highlighted by a sign reading "The Republican Health Care Plan: don't get sick - but if you do, die quickly."

[He also compared the Republicans' plan to a Holocaust! He refuses to apologize, except for the Holocaust reference, even though several weeks ago, with tears in her eyes, Nancy Pelosi asked for a toning down of rhetoric so that the violence of the 70's is not renewed by hateful speech. So - when will Nancy ask Grayson to apologize?]

CNSNews.com) - Sen. Thomas Carper (D.-Del.), a member of the Senate Finance Committee, told CNSNews.com that he does not “expect” to read the actual legislative language of the committee’s health care bill because it is “confusing” and that anyone who claims they are going to read it and understand it is fooling people.

From Tim Reid: There has been a growing narrative taking hold about Barack Obama’s presidency in recent weeks: that he is loved by many, but feared by none; that he is full of lofty vision, but is actually achieving nothing with his grandiloquence.

Chicago’s dismal showing yesterday, after Mr Obama’s personal, impassioned last-minute pitch, is a stunning humiliation for this President. It cannot be emphasized enough how this will feed the perception that on the world stage he looks good — but carries no heft. Mr Obama was greeted — as usual — like a rock star by the IOC delegates in Copenhagen — then humiliated by them. Perception is reality. A narrow defeat for Chicago would have been acceptable — but the sheer scale of the defeat was a bombshell, and is a major blow for Mr Obama at a time when questions are being asked about his style of governance. [Perhaps if Mr. Obama had highlighted the greatness and goodness of America and Chicago (a hard thing to do after trashing the USA in the last year) instead of saying what it means to him and his wife and daughters (another example of his narcissism), the Committee might not have been turned off by his arrogance.]

From Expose Obama: Humana [Health Insurance Co.] published a letter to its members warning them of potential drastic cuts to Medicare (specifically the Medicare Advantage program) under ObamaCare and urged its members to contact Congress. Specifically, Humana said; “if the proposed funding cut levels [in the current health care legislation] become law, millions of seniors and disabled individuals could lose many of the important benefits and services that make Medicare Advantage health plans so valuable.”

It was a very valid point to raise... such proposals are on the table... and it makes all the sense in the world to alert people to what is going on and motivate them to call their elected officials... but it didn't take the long for our government to come down hard on Humana.

The Department of Health and Human Services (HHS) initiated an investigation and sent an ominous gag-order to Humana:

“As we continue our research into this issue, we are instructing you to immediately discontinue all such mailings to beneficiaries and to remove any related materials directed to Medicare enrollees from your Web sites.”

And Senator Max Baucus demanded that the Centers for Medicare and Medicaid Services launch an "investigation" against Humana as well, claiming the letter put forth "false information," Baucus rhetorically asked, "does the first amendment include lies?”

Of course, there's just one small problem with Baucus' ranting accusation. Humana was voicing an opinion that was well grounded in fact. Even the non-partisan Congressional Budget Office (CBO) made the point.

The memo went on to say that the government might take legal action against insurers that are mobilizing opposition to the legislation by sending 'misleading and confusing' messages to seniors.

Why is Congress so eager to cut $160 billion-plus from Medicare Advantage? The program does things that President Obama and other liberals normally praise. Is the cut simply the price charged by AARP (the American Association of Retired Persons) for overlooking the rest of the $500 billion in Medicare cuts meant to finance “health-care reform”?

Medicare Advantage offers a range of benefits beyond basic Medicare. It combines many elements Obama and other liberals like — such as subsidized premiums for low-income elderly, “pooling” of insurees to provide bargaining power and managed care that emphasizes prevention, treatment of chronic conditions and coordination among doctors.

As a result, it keeps the cost of care, and thus insurance premiums, much lower than do policies.

Ten million seniors have voluntarily enrolled in Medicare Advantage and realized savings of about $1,000 a year in enhanced benefits over and above what Medicare itself provides. These extra benefits include reduced out-of-pocket costs and comprehensive drug coverage, as well as vision, dental and hearing benefits — plus programs promoting wellness (such as gym memberships) disease management and care coordination.

It essentially implements all the economies and efficiencies that Obama preaches nonstop. Doctors speak to one another, duplication is avoided, care is managed, and there is an emphasis on prevention.

Yet the Democratic health-care bills targets Medicare Advantage for drastic cuts — which would force up premiums and drive millions of seniors to drop it.

Which brings us to AARP — which makes a hefty profit selling Medigap coverage, the chief alternative to Medicare Advantage.

The discovery that Countrywide Financial Corp. recorded phone conversations with borrowers in a controversial mortgage program that included public officials -- and that those recordings have been destroyed -- has prompted new congressional calls for more information about the program.

Rep. Darrell Issa of California, the ranking Republican on the House Oversight and Government Reform Committee, is trying to subpoena the remaining records of Countrywide's VIP loan program. So far, the committee's chairman, New York Democratic Rep. Edolphus Towns, has turned down that request. [This pertains to the loan received by Senator Chris Dodd, among others].