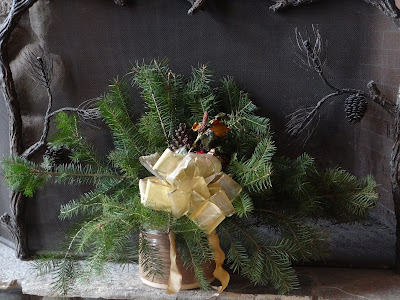 Today I bid you all farewell, not with news of the day, which I hope you will get each day from http://elephantstrunkandmore.blogspot.com/, but with a rerunning of a column I wrote for the Boyne City Gazette in June of 2011.  It describes the Cloward and Piven Strategy.  It is my hope that more Americans will bother to learn about this strategy now that we can more easily see that its principles are being accomplished.  It is important to the future of our country to understand what is happening before our very eyes.

Never give up the fight for America and her best ideals.  Perhaps the ways of our President will show its full measure of harm to us quickly in this term so that we will once again be eager for a change in 2014 and 2016.  Perhaps the unengaged and uninformed conservatives will finally rise up.  Putting us back together again will be a long and difficult endeavor.

Thank you all for staying with me these 4 1/2 years.  I hope I have made a difference.  You may see some of my writings at the above mentioned site in the future.  God bless you all, and may God bless America.

In the 1960s, two radical Columbia University professors, Cloward and Piven, wrote the The Cloward and Piven Strategy, detailing how to force “political change through orchestrated crisis, seeking to hasten the fall of capitalism by overloading the government bureaucracy with a flood of impossible demands, stressing the system, thus pushing society into crisis and economic collapse.”
The welfare system was the first target of the Cloward and Piven strategy, using violent demonstrations to achieve desired results. In NYC one of every three people ended up on the welfare rolls, sending the city into bankruptcy and turning welfare from a limited-time expectancy into a lifetime entitlement. The drain on local resources persists indefinitely, just as planned.
In 1970 ACORN was established – the Association of Community Organizations for Reform Now, which has been responsible for widespread criminal activity countrywide.  As divulged by Townhall, they successfully used the following Cloward-Piven Strategy to get more Democrat voters:
1. Register as many Democrat voters as possible, legal or otherwise, and help them vote, multiple times if possible.
2. Overwhelm the system with fraudulent registrations using multiple entries of the same name, names of deceased, random names from the phone book, even contrived names.
3. Make the system difficult to police by lobbying for minimal identification standards.
Rules for Radicals, written by Saul Alinsky in 1989, became the go-to book for those interested in fomenting progressive revolution. With the intent to create a crisis, it was suggested: "Pick the Target, Freeze It, Personalize It, Polarize it."  Remember these rules while reading current events.

Then along came Barack Hussein Obama, almost out of nowhere. Having been deeply influenced in childhood by his mentor (self-proclaimed Communist Frank Marshall Davis);  employed as a community organizer and attorney for ACORN; befriending unrepentant, bomb-throwing Weather Underground's Bill Ayers; and maturing in the thugocracy which is Chicago politics, Obama was uniquely qualified to sell his Hope and Change mantra.  Who could be against that? Those interested in reading the full story can go to: http://www.americanthinker.com/printpage/?url=http://www.americanthinker.com/2008/09/barack_obama_and_the_strategy.html

"Make the enemy live up to their (sic) own book of rules," Alinsky wrote in his 1989 book Rules for Radicals. “When pressed to honor every word of every law and statute, every Judeo-Christian moral tenet, and every implicit promise of the liberal social contract, human agencies inevitably fall short. The system's failure to "live up" to its rule book can then be used to discredit it altogether, and to replace the capitalist "rule book" with a socialist one.”
Obama openly campaigned for “fundamental change” for America, and Michelle Obama proclaimed: “Barack knows that we are going to have to make sacrifices; we are going to have to change our conversation; we're going to have to change our traditions, our history; we're going to have to move into a different place as a nation."  I agree with the President that words, indeed, do matter.  Our country is being fundamentally changed as promised: bail-outs; government take-over of private companies; the breaking of legal contracts; stimulus spending mostly on government jobs; an increasing social and socialist agenda in our schools; wildly unpopular government healthcare; Obamacare waivers to many unions; and unemployment compensation now reaching almost two years; higher taxes on the horizon; promotion of amnesty for illegal aliens before border security; federal lawsuits against states; dropping prosecution of blatant Black Panther intimidation at voting centers; and tasking NASA to make Muslims feel better about their historic contribution to science, among others.
We must also remember that Rahm Emanuel, President Obama's Chief-of-Staff, once declared that Rule #1 is to "never let a serious crisis go to waste."
It really doesn't matter if this is coincidental - or if it demonstrates the above strategies in action.  Either way, our country is in great crisis!  The Socialists are openly demonstrating at various protests in America, for they believe that this is their time.  Only we can save our Republic – by educating ourselves, exercising our rights as citizens, and supporting those who believe in American greatness.
http://rense.com/general81/ligun.htm

* In 1929, the Soviet Union established gun control. From 1929 to 1953, about 20 million dissidents, unable to
defend themselves, were rounded up and exterminated. This doesn't include the 30 million 'Uncle Joe' starved to
death in the Ukraine.

* Germany established gun control in 1938 and from 1939 to 1945, leaving a populace unable to defend itself
against the Gestapo and SS. Hundreds of thousands died as a result.


* China established gun control in 1935. From 1948 to 1952, 20 million political dissidents, unable to defend
themselves, were rounded up and exterminated.


* Cambodia established gun control in 1956. From 1975 to 1977, 1-2 million 'educated' people, unable to
defend themselves, were rounded up and exterminated.

* Defenseless people rounded up and exterminated in the 20th Century because of gun control: 56 million at a
bare minimum.

Down through history, governments have disarmed their citizens only to tyrannize those citizens once they were disarmed.

The following chart documents just a few examples from recent history where "gun control" laws were enacted and then tyranny by the government proceeded.

*Click on a country in the chart in order to learn about what occurred in that country.


* The law(s) mentioned are part of an older/or wider body of law on and regulation of private firearms ownership ** For a complete translation of these laws, including regulations specifically banning Jews from owning any weapons and a side-by-side comparison of the Nazi Weapons Law with the U.S. Gun Control Act of 1968, see "Gun Control": Gateway to Tyranny, J.E. Simkin & A. Zelman, 1992; available from JPFO
Posted by Karen at 12:29 PM 8 comments: