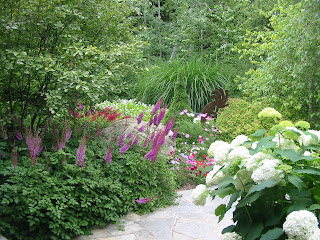 Headline: [but not to be found in major newspapers....]

ACORN, which played a starring role in creating the subprime mortgage crisis, plans to add insult to injury by harassing lenders across the nation with protests tomorrow in an effort to coerce them into supporting President Obama's Making Home Affordable foreclosure-avoidance program.

Austin King, director of ACORN Financial Justice, sent out a press release today advising of the demonstrations that are planned as part of its "Homewrecker 4" campaign. The four financial companies targeted are Goldman Sachs, HomEq Servicing, American Home Mortgage, and OneWest. Read the whole document here.

How does it make you feel knowing that WE are paying these community organizers who were taught by our current President, to do these deeds?

I think it's time for a review of what candidate Barack Obama said about his "Cap and Trade" bill. He said, “Under my plan of a cap-and-trade system, electricity rates would necessarily skyrocket . . . because I’m capping greenhouse gases, coal power plants, natural gas, you name it . . . Whatever the plants were, whatever the industry was, they would have to retrofit their operations. That will cost money, and they will pass that [cost] on to consumers.’’ Obama also suggested that his energy policy would [happily] ruin the coal industry, for “if somebody wants to build a coal-fired plant, they can - it’s just that it will bankrupt them, because they are going to be charged a huge sum for all that greenhouse gas that’s being emitted.’’ Better turn you thermostats WAY down! 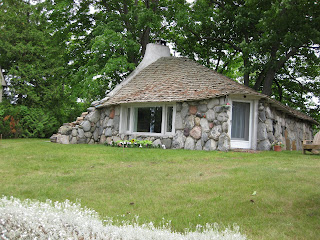 The Census Bureau responded to a Freedom of Information Act (FOIA) request, leading Judicial Watch to report that:

In its official statement responding to the ACORN controversy, the Obama Commerce Department downplayed ACORN's participation in the Census, and labeled "baseless" the notion that ACORN would be involved in any Census count. However, the Census Bureau offered ACORN the opportunity to "recruit Census workers" who would participate in the count. Moreover, as an "executive level" partner, ACORN has the ability to "organize and/or serve as a member on a Complete Count Committee," which, according to Census documents, helps "develop and implement locally based outreach and recruitment campaigns."

According to its application ACORN also signed up to: "Encourage employees and constituents to complete and mail their questionnaire; identify job candidates and/or distribute and display recruiting materials; appoint a liaison to work with the Census Bureau; provide space for Be Counted sites and/or Questionnaire Assistance Centers; sponsor community events to promote participation in the 2010 Census," among 18 requested areas of responsibility. The documents also show the decision to add ACORN as a partner occurred in February, long after the January 15th Census partnership application deadline.

From ABC: With the clock running out on a new US-Russian arms treaty before the previous Strategic Arms Reduction Treaty, or START, expires on December 5, a senior White House official said Sunday said that the difficulty of the task might mean temporarily bypassing the Senate’s constitutional role in ratifying treaties by enforcing certain aspects of a new deal on an executive levels and a “provisional basis” until the Senate ratifies the treaty. 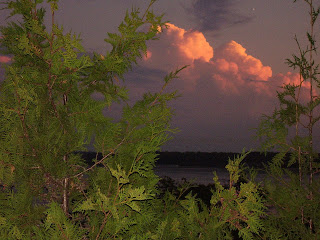 It seems that my next blog has been posted below this one - so please scroll down to see picture of beautiful flowers... I believe that you can click the subscribe button to get my blog posted on your opening page, or to our email - much easier way to get there!

BREAKING NEWS: the judgement of Judge Sonia Sotomayor regarding the white firefighters in NY has been overturned by the Supreme Court. Count this as only the latest of her decisions which has been proven to be invalid. And President Obama is trying to put her on the Supreme Court - for life....

IS THERE TO BE NO END TO FEDERAL GOVERNMENT'S INSERTION INTO OUR LIVES? JUST HOW MANY "ADVISERS" AND "CZARS" WILL BE PAID BY WE THE PEOPLE BEFORE THIS PRESIDENT IS DONE? Vice President Biden announced recently that Lynn Rosenthal will be the White House adviser on Violence Against Women, a new position created to work with the president and vice president on domestic violence and sexual assault issues. We can all support the notion that these issues should be addressed, but enough with the intrusion of the Feds!

There was once said in this world a phrase attributed to Benjamin Disraeli and popularised in the United States by Mark Twain: ...that there are "lies, damn lies, and statistics". This notion is bourne out by the methods which liberal pollsters use to get their statistics, and this has been true for a long time. Let's say, which is true, that in the last election the popular vote tally was 53 percent for Obama and 46 percent for McCain - a 7 point difference. Now let's assume that we wish to have an outcome which greatly favors our liberal side. I've got an idea! Let's just poll 52% liberals and 28% conservatives- nearly two to one! That's the ticket! Apparently The New York Times skewed their polling by offering the questions to mostly Obama voters. Is it shocking, then, that their poll shows that the majority supports higher taxes for federal health care? The NYT is calling this a scientific poll. I'm not buying it, are you?

HOUSE PASSES 'GLOBAL WARMING' LEGISLATION... 'BILL OF THE CENTURY' VOTED ON UNREAD... ENOUGH SAID.... Well, almost. Part of this bill which has come to light includes the mandate that when any of us who wish to sell our home, we would first have to pass a government inspection which demands that we have energy efficient windows, appliances and the like! From Daquella Manera of Fight for Forefathers comes these excerpts: "This bill funds and allows government hired personnel (youth brigades who are recruited from low income areas) to enter your house in the name of home inspections. These regulations go from the amount of carcinogens in your building materials to the wiring. You will be given a notice on what needs to be replaced with a time limit of repair. Yes this is, as bad as it sounds] my fellow freedom fighters! The goal of this legislation is not to help save the planet, it is designed to achieve complete control over people’s lives under the disguise of a fictitious “carbon foot print” by taxing them in every aspect of their lives. Alex Jones stated, “This is a world dictatorship, paying your taxes to the robber barren banker class, directly to them." No chance for the Iron Fist of a Tyrant government - right? And now news comes of a 98 page document from the EPA which was concealed from America. It began: “We have become increasingly concerned that EPA and many other agencies and countries have paid too little attention to the science of global warming. EPA and others have tended to accept the findings reached by outside groups…as being correct without a careful and critical examination of their conclusions and documentation.” It was stated that this document does not further their agenda, and that the document was to be withheld from publication. And yet today, Henry Waxman is still spouting that the science is uncontested and that the Republicans are standing in the way of the bill being passed in the Senate. Call your Senators!!

Headline: White House Is Drafting Executive Order to Allow
Indefinite Detention of Terror Suspects. Wait a minute! Isn't this what Obama blasted Bush for doing, and the Supreme Court disallowed? This must really irritate his cronies on the left.....