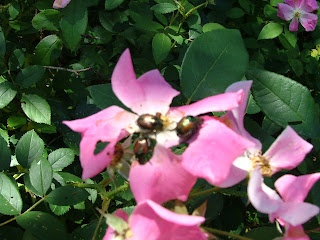 On President Obama's expectation of a friendly relationship with our enemies: Taliban insurgents reject a U.S. offer of "honorable reconciliation," a top spokesman said on Wednesday, calling it a "lunatic idea" and saying the only way to end the war was to withdraw foreign troops.

The agenda President Obama chose by his initial pick of Tom Daschle in charge of National Healthcare: "Daschle says health-care reform “will not be pain free.” "Seniors should be more accepting of the conditions that come with age instead of treating them."

ANOTHER DANGEROUS OBAMA PICK: Cliff Kincaid now posits that Harold Koh, OBama's pick for State Department Legal Adviser, believes in a world government financed by global taxes — a view he imbibed from his acknowledged mentor, Louis B. Sohn, a professor of law at Harvard. Sohn was not only a chief author of the U.N. Convention on the Law of the Sea (UNCLOS) but also proposed transforming the United Nations into a world government in his book, World Peace Through World Law: Sohn said that he wanted this world government to maintain hundreds of thousands of troops, military bases, and be armed with nuclear weapons. The purpose, he said, would be to disarm “each and every nation and to deter or suppress any attempted international violence.” This “world authority” would also require a “United Nations Revenue System,” drawing taxes from “each nation” of the world, he said. WHERE IS AMERICA'S DANIEL HANNAN?
Daniel Hannan, speaking to Prime Minister Gordon Brown:
"Prime Minister, you cannot carry on forever squeezing the productive bit of the economy in order to fund an unprecedented engorgement of the unproductive bit. You cannot spend your way out of recession or borrow your way out of debt. And when you repeat, in that wooden and perfunctory way, that our situation is better than others, that we're 'well-placed to weather the storm,' I have to tell you (that) you sound like a Brezhnev-era apparatchik giving the party line. You know and we know -- and you know that we know -- that it's nonsense!"

AMERICA'S OUTRAGE SEEMS TO HAVE BEEN HEARD:
President Barack Obama's Democratic allies in Congress are taking only baby steps with his budget, putting off crucial decisions on his ambitious plans to expand health care, curb global warming and raise taxes on the wealthy. " Andrew Taylor, who has covered Congress for 20 yrs. reporting." We can only hope. Our nationwide Tea Parties will provide good incentive to slow this spending down.

U.S. GOVERNMENT TO RUN PUBLIC COMPANIES?
"There's no question we need more performance-based pay decisions, but the government deciding and judging the performance of employees in private companies, the secretary of the Treasury deciding whether an employee is performing? I think not," said Representative Spencer Bachus, an Alabama Republican. "The answer is not a dramatic expansion of government control."

IS CONGRESS HEARING AMERICA REGARDING CAP AND TRADE PROPOSALS?
A bipartisan group of Senate Democrats and Republicans added an amendment to the pending budget resolution. The amendment will deny carbon-emissions-tax supporters the use of the fast-track budget RECONCILIATION rule whereby debate is limited, and a simple majority passes the law instead of the filibuster-proof super majority of 60.
Posted by Karen at 12:00 PM 1 comment: 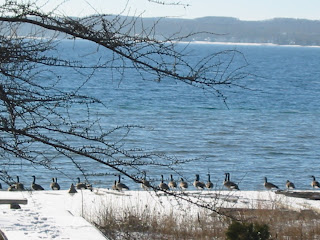 PAY FOR PERFORMANCE ACT: This would impose government controls on the salaries of ALL workers, not just the executives, of all companies that have received bailout money from the government. It would give Treasury Secretary Timothy Geithner, who has never worked in the business world, extraordinary power to determine the pay of thousands of employees of American companies. Barney Frank has stated that he would like for this salary cap to be controlled by government for ALL American companies... I say it would be good if we citizens, for whom our Congressmen work, could tie Congress's salaries to its performance ..... There is now mounting evidence that the brakes are being applied on this proposal. As Representative Spencer Bachus of Alabama noted, "There's no question we need more performance-based pay decisions, but the government deciding and judging the performance of employees in private companies, the secretary of the Treasury deciding whether an employee is performing? I think not. The answer is not a dramatic expansion of government control." Do keep calling your Congressmen!

Democrats in Congress have been conducting hearings on proposals to confiscate private retirement accounts and turn them into government-controlled accounts managed by the Social Security Administration.

Using an Executive Order, President Obama has quietly signed a pro union executive order , comanding the use of union labor for federal construction projects. It is a move to reward his campaign backers, and undermines Obama's promise to change Washington. Republican National Committee's President, Michael Steele says, "It is nothing less than a payoff to the unions who supported his campaign with both money and troops".

During a House Judiciary committee hearing, it was revealed by an ACORN whistleblower, Anita Moncrief, that the NYT withheld evidence that Barack Obama was interacting with voter-fraud tainted ACORN, his previous employer, during his campaign. They did not run the story because "it was a game changer" [for the election]. U.S. Rep. James Sensenbrenner, R-Wisc. said the interactions between the Obama campaign and ACORN possibly violate federal election law.
Ms. Moncrief said that the campaign had asked her and her boss to “reach out to the maxed-out donors and solicit donations from them for Get Out the Vote efforts to be run by ACORN.”

The dollar tumbled following naive Timothy Geithner's response to China's call for a new global currency [away from the dollar]. Geithner actually said he was "quite open" to their suggestion! Following great dismay from Americans, he quickly learned that it was an inappropriate response and took back his words. He's still learning on the job.....
Posted by Karen at 8:15 AM 1 comment: