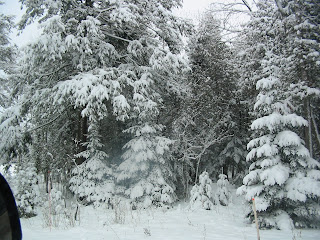 Following is a letter I wrote to my local newspaper:
I write today to comment on the column of Georgie Anne Geyer, in which she lovingly discusses the "community organizer" Saul Alinsky's "provocative work."
This "work" is straight out of Alinsky's 1971 book "Rules For Radicals", and includes the following:
1) use the THREAT of power to gain one's objective
2) increase by ANY means the feelings of insecurity, anxiety and uncertainty in one's ENEMY, for the ends JUSTIFIES the means
3) use ridicule as a potent weapon for which there is no defense, thereby forcing concessions
4) keep the pressure on to keep your opposition off balance, using their own rules against them
5) push a negative hard enough to inspire violence from your enemy
6) pick the target, freeze it, personalize it and polarize it
7) isolate the target from sympathy while personalizing criticism
Any unbiased observer can see that, as is Geyer's hope, President Obama seems to have learned the Alinsky rules well while working for and teaching "the rules" at the Developing Communities Project, as well as at ACORN. Alinsky further said that his plan was to "stigmatize the middle class as materialistic, decadent, degenerate, war-mongering and corrupt". Add this: "This is the job for today’s radical - to fan the embers of hopelessness into a flame to fight. Tactics must begin with the experience of the middle class, accepting their aversion to rudeness, vulgarity and conflict. Start them easy, don’t scare them off..." Sound familiar?

From Obama's maligning of Rush Limbaugh and Sean Hannity in an attempt to "isolate" them, to the way in which during his campaign he denigrated America's former President, it's economy, and it's "fairness", he displayed Alinsky tactics. He has talked about giving up childish things, the "greed" of Capitalism, and the need to "redistribute income" in an effort to incite feelings of hopelessness until we bought into his HOPE for CHANGE. He is wrong when he proclaims that we Americans are all equal . The truth is that we Americans have equal opportunity. It is what we do with that opportunity which will determine the realities of our lives. The adoring media failed to inform us of what his CHANGE was likely to be.

And now the President declares that we need to hastily pass a Stimulus Bill, that we have no time to lose! As Obama's Chief of Staff Rahm Emanuel said, "You never want to let a serious crisis go to waste. It is an opportunity to do things you could not do before". Wake up, America! I for one am not celebrating President Obama's ties to Alinsky's teachings.... Georgie Anne Geyer's column can be found at: http://news.yahoo.com/s/ucgg/20090202/cm_ucgg/chicagosoriginalcommunityorganizer

Here is email I received from the newspaper's Editor:
Karen,
I've put your column in the process as a letter to the editor, but once again you claim things that don't exist. Georgie did not say in her column that the president learned and taught the rules at two projects in Chicago. To lay out Alinsky's rule, ascribe them to Obama and then say "So there" is disingenious. And you make it appear that Alinsky is saying and promoting these things now, when in fact he died in the early 1970s, long before Obama was on the streets of Chicago.
Obama's malinging of Rush? Oh please, the man said he hoped Obama fails, and don't give me the rhetoric of Dittoheads that he really didn't mean the man, just his ideas. The transcripts clearly show otherwise.
My rebuttal follows:
You do have your own way of seeing things. First of all, I never said that Georgie said Obama studied Alinsky. What I said was that Obama DID learn Alinsky's ways AND teach them while working for the Developing Communities Project and ACORN - all info available on Google for those who look. Geyer even wrote that it seems "impossible that Obama would NOT have absorbed some of Alinsky's presence".

I also never ascribed Alinsky's Rules to anyone but Alinsky. I think it only wise to inform readers on just what those rules, which Geyer alluded to, entail. I DID however, say that it seems obvious that Obama is a follower, due to his tactics, which are uncannily the same as Alinsky's. I never said Alinsky is doing these things NOW, just that these were HIS rules in HIS book, used by many in the community organizing crowd. I wrote these rules to balance Geyer's kind definition of Alinsky's "provocative work". Provocative indeed. The full truth should be available to readers as to what provocative means in this case. My words should encourage Geyer that our new President really MUST have absorbed the rules of her favorite community organizer, thus allowing Alinsky to have his "great laugh rolling around across heaven". Personally I still DO believe that Alinsky was an intractable radical. I will let my readers decide for themselves.

If you bother to listen to Rush, you would KNOW that he wishes Obama success, but will fight him when what he is doing is deemed wrong for this country. I believe we Americans still have that right. Thus, this socialist-style, voter-getting, democrat-loyalty-producing, welfare-giving anti-stimulus Stimulus Bill is something he hopes Obama will FAIL to pass. You might have noticed how very many Americans feel the same way now that they are finding out what is in the bill. It is a dangerous precedent when the President of the United States picks on a private citizen, freezing, personalizing and polarizing him, just as a Saul Alinsky teaches. If the shoe fits, wear it. What ever happened to FREE SPEECH in America? Is it only for liberals? It is YOU, sir, who needs to read the transcripts, and for more than one sentence or sound bite. This conservative, as well as Rush, does hope and pray that Obama is the answer so many seek, for that would be good for America. I just expect him to prove that he is - through his deeds, not his soaring rhetoric. And I have not decided it is in my best interests to HATE him as the Democrats hated President Bush, never giving him a chance. As Alinsky taught - we conservatives don't like rudeness and vulgarity....

I believe I have answered your every intimation that I don't write the truth. And I do thank you for allowing this in your paper. An educated citizenry makes a better America.