A Dialog about Ethanol 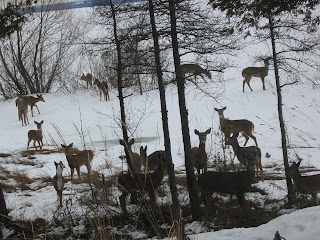 I wrote to my local newspaper about ethanol:
In the interest of all who want to believe that ethanol is the answer to reducing global warming and it is therefore worth the trillions of dollars we and our children are about to spend (and it is worth laying yet one more disproportionate burden on our low income citizens) we should be aware of some current revelations regarding ethanol as it is now produced.
The Organization for Economic Cooperation and Planning reports that "the cure may be worse than the disease" in that producing biofuels leaves a huge ecological footprint exceeding that of fossil fuels".
Perhaps that is said in recognition of the fact that according to a Cornell University professor the production of one gallon of ethanol requires 1700 gallons of water. It takes 450 pounds of corn to fill one SUV with ethanol, and it takes more than one gallon of fossil fuel to make one gallon of ethanol. It requires farm subsidies (9.5 billion in 2005 alone!) to cover the high expenses of production and distribution, which we all pay for in taxes of some sort. It requires being transported by truck, using yet more fuel.
Nobel Laureate Paul Crutzen points out that the nitrous oxide released in it's production increases global warming. Ethanol is 20-30% less efficient than gasoline, translating to higher costs per mile driven. Ethanol can damage boat and car engines which have not specifically been built for its use.
Even the New York Times has editorialized that we should not "allow politics rather than sound science and economics to drive our energy plan" which, as is, will create unnecessary subsidies and invade our natural landscapes.
Ethanol will increase the cost of electricity by 50% by 2012.
While food prices have increased worldwide because of the ever increasing middle class, it has also been increased by the taking over of soybean and wheat fields by the planting of corn for making ethanol. For the first time in our nation, we are now importers of wheat! Corn prices have risen by 50% just in the last year, for instance. Also rising are prices for soybeans, wheat, and the products of animals that are fed those crops, such as beef and dairy products. We now have a food vs. fuel battle which affects prices of cereals, tacos, corn syrup, corn oil, and even beer.
We must keep in mind that even if we convert all of our corn crops for the making of ethanol, we could only replace 12% of our gasoline usage, leaving us with far less food crops in the process.
I end by repeating that it takes more than one gallon of fossil fuels to produce one gallon of ethanol! That fact alone should persuade us to turn away from mandates for this form of ethanol as the answer to anything - except for creating tax breaks, subsidies and mandates for companies that produce the ethanol and those that sell the cap and trade products and carbon offsets. At the same time it will cost all of us in subsidies for farmers, increased taxes and higher prices for gas for all of us, and higher costs for a smaller supply of food.

A local resident took me to task with this letter:
First, it does not take one gallon of gasoline to make one gallon of ethanol. According to Dr. Bruce Dale, professor of chemical engineering at MSU, it does take 1.1 MJ (mega joule; a joule is a measure of the amount of work done) of petroleum to make 1MJ of gasoline. It only takes .04MJ of petroleum to make 1MJ of ethanol. According to Dr. Dale it means that if your car goes 30mpg of petroleum used to make your gasoline, on ethanol you are effectively able to go more than 800 miles per each gallon of petroleum used to make the ethanol. Whatever standard is used to judge ethanol by , it is only fair that the same standard is used to judge all options.
And in further response to Karen Peters' letter of April 29:
1) It takes 23 pounds of corn, not 450 pounds, and between 2 to 26 gallons of water, not 1400 gallons, to manufacture one gallon of ethanol. Most corn is not grown with irrigation.
2) Ethanol and gasoline must be delivered by truck anywhere in Michigan north of Bay City. There are no gasoline pipelines around here.
3) Ethanol does contain fewer BTU's than gasoline, but BTU's are a measure of heat, not work. The heat your engine creates is not what drives you down the road. It is a waste product of the work to move your car. Engines optimized to burn ethanol get comparable mpg.
4) Ethanol is cheaper than gasoline, especially if you don't ignore the fact that gasoline is heavily subsidized by taxpayers. Estimates for that subsidization range from $5 to $15 per gallon, and that's without factoring in the costs of the war in Iraq.
5) In an appropriately designed system ethanol production will enhance food production not compete with it. Take 100 pounds of raw corn and feed it to one beef steer: Compare the weight gain of that steer to one that has been fed the residue from 100 pounds of corn that was first used to make ethanol. The steer fed the leftover mash from the ethanol production will have gained 14% to 17% more weight than the steer fed raw corn and be healthier. We do not have a food shortage today. In the United States our agricultural animal population is consuming six times as many calories and 10 times as much protein as our human population. Meat consumption worldwide is growing, especially in developing countries. That, and higher energy prices are helping to drive up the cost of grains. Yes, I eat meat!
6) Karen Peters' point #6 is utter nonsense.
I have been involved in and followed ecological, forestry and agricultural issues most of my life and I find the level of distortion and misinformation on this topic to be staggering. None of our energy options will be a "silver bullet" . We need to stop looking for a silver bullet and instead look for the "silver buckshot."
We don't need to burn down the rainforests to accomplish this. The grass clippings from our lawns (the most heavily irrigated crop in this country) could technically supply more than 11 billion gallons of ethanol per year.
Will it cost more than $3 a gallon? Yes, but how much would you value a 98% reduction in nitrous oxide, hydrocarbon and carbon monoxide pollution? How much would you value making your car's carbon footprint neutral? How much would you value not having to send our sons and daughters to fight wars over resources?

In my response to Steve I wrote: I will mention that my previous comments regarded ethanol AS IT IS PRODUCED TODAY.
In researching MSU Professor Dr. Bruce Dale, I found the following quotes: "Biofuels CAN provide large environmental benefits when compared to gasoline" (meaning that it is not economically feasible at this time?); also “Producing ethanol from corn grain releases LARGE amounts of NITROUS OXIDE" (300 times more potent than carbon dioxide) "into the environment - unless we deal squarely with this issue" - (meaning not currently being done?); (this fact alone makes Steve’s 98% reduction in toxins unlikely); and “Without proper management” (when would that be?) “harvesting corn stalks can reduce the amount of organic matter in the soil, reducing it’s fertility over time.”
We agree that it takes about 23 pounds of corn to make 1 gallon of ethanol as my stated 450 pounds was for an SUV tank. Regarding the amount of water required, Professor David Pimentel of Cornell University, as well as the University of California-Berkeley, says the only way "experts" can claim only 2-16 gallons of water per gallon is if they disregard the energy and water used in producing the crop, including fertilizers, pesticides, running and repairing farm machinery, irrigating and transporting the crop, and fermenting and distilling the ethanol from the water mix.
Professor Patzek of U Cal-Berkeley calls ethanol "the worst solution, having the highest energy cost with the least benefit" - mega joules aside, of course. The World Bank and the UN call ethanol "a crime against humanity."
Steve states that ethanol is cheaper than gasoline "if we don't ignore the fact that gasoline is heavily subsidized by taxpayers". He must realize that ethanol is also heavily subsidized, $9.5 billion to farmers in 2005 alone - PLUS $1 billion to producers! Nor does he explain when he believes an "appropriately designated system" will make ethanol a food enhancement. I hope it comes to pass - but not if it further pollutes our world. We do not commonly feed our cattle the byproducts from ethanol production at this time, nor do I know of anyone who delivers grass clippings to producers. With 25% of our corn being used for ethanol production, combined with other world forces, poor people around the world suffer from a 150% increase in the price of corn in the last three years. Dr. Bruce states that "affluent people will pay more for beef "(and the poor can’t afford it at all) "and the poor will not be affected because they do not eat the corn that we use to make ethanol, they just don't!" EXACTLY! But they DO eat products dependent on corn for their production - thus the food riots....
Stanford University has stated that a switch to high-ethanol blends will increase ozone, as well as the number of respiratory related illnesses and deaths. It also would increase levels of PAIN (aldehydes and peroxyacyl nitrates) which is highly toxic to plants and is a powerful eye irritant.
Regarding my personal desire to reduce my car's carbon footprint, I recognize that while water vapor comprises 95% of greenhouse gases, 4.7% comes from ocean biologic activity, volcanoes, decaying plants, wetlands and animal activities, and our human contribution amounts to less than one third of ONE percent. Natural wetlands alone produce more greenhouse gases annually than all human sources combined.
As we all continue to subsidize the creation of new energy options, we need at least to be honest about their disadvantages as well as their advantages. Calling the work of other scientists "utter nonsense" will not further the search for solutions...