Punishments for Being Illegal; Energy Bill Update; and Primary Turnouts 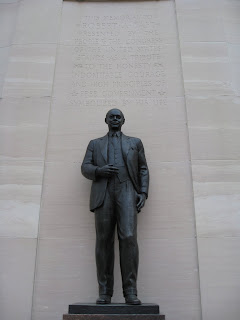 [I notice that liberals are condemning the email which is circulating which tells about how other countries handle illegals.  Contrary to what they are declaring, that conservatives want America to go to such lengths with our illegals, I wish to point out that once again, they are misrepresenting us.  What conservatives are demonstrating is that what Arizona has decided to do, actually uphold the laws of America, is not so bad after all.  We don't want to kill illegals or imprison them.  We wish to remove them until they find a legal way to become a working, contributing resident or an American citizen.]


[The email continues with these points, along with some that I believe are not valid]:  if you cross the US border illegally you get.....

Read more: http://newsbusters.org/blogs/lachlan-markay/2010/05/05/ap-downplays-large-gop-turnout-advantage-early-primaries#ixzz0n6oYltFF
Liz Sidoti and Deanna Martin, who penned the AP piece, bizarrely postulate that  low turnout in those two states is "a possible indication that voter anger over economic woes, persistently high unemployment and Congress itself wasn't influencing elections - and, perhaps, a reflection of the limited influence of the conservatives and libertarians who make up the fledgling tea party coalition." 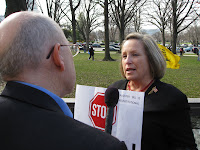 From ABC News:  Three days after he decried the lack of civility in American politics, President Obama is quoted in a new book about his presidency referring to the Tea Party movement using a derogatory term with sexual connotations.
In Jonathan Alter’s “The Promise: President Obama, Year One,” President Obama is quoted in an interview saying that the unanimous vote of House Republicans vote against the stimulus bills “set the tenor for the whole year … That helped to create the tea-baggers and empowered that whole wing of the Republican Party to where it now controls the agenda for the Republican party.

Health Care Costs, Its Illegal to be Illegal!

Human Events has written:  It has been revealed 33 employees over the last several years, making between $90,000 and $222,000 a year, paid for with your hard earned money, were spending up to eight hours daily downloading pornography during working hours.
The names of these offenders have not been revealed, but the biggest offender was a SEC lawyer making in excess of $222,000 a year who spent so much time downloading porn he filled up his government hard drive. He then began “burning” porn to CDs and DVDs that were stored in his office. If you began watching the videos he downloaded, you’d be watching porn for over 16 years without a break. That seems like an obsession, but worse, how does anybody get any work done in that environment?
The Obama Administration continues to demonize businesses in the healthcare industry and now the financial sector without looking at the corruption in the federal government. If the President was really for “hope and change” he’d start with cleaning up his own mess first. Make sure every agency of the federal government is tightened up from top to bottom.
------------------------------------------------------------------------------------------------------------
So now, in response to those critics, lawmakers have removed “lawful contact” from the bill and replaced it with “lawful stop, detention or arrest.” In an explanatory note, lawmakers added that the change “stipulates that a lawful stop, detention or arrest must be in the enforcement of any other law or ordinance of a county, city or town or this state.”
“It was the intent of the legislature for ‘lawful contact’ to mean arrests and stops, but people on the left mischaracterized it,” says Kris Kobach, the law professor and former Bush Justice Department official who helped draft the law.  “So that term is now defined.”
The second change concerns the word “ In a safeguard against racial profiling, the law contained the phrase, “The attorney general or county attorney shall not investigate complaints that are based solely on race, color or national origin.”  Critics objected to that, too, arguing again that it would not prevent but instead lead to racial profiling.  So lawmakers have taken out the word “solely.”
“There were misstatements by the opponents of the law that this was written to permit some consideration of race in the enforcement of this law,” says Kobach, “and that’s not the case at all.”
“They are minor changes to clarify some of the terms the ACLU and others had been distorting in public.  In an abundance of caution, the legislature and the governor’s office have made a few minor adjustments to respond to the mischaracterizations.”
Read more at the Washington Examiner: http://www.washingtonexaminer.com/opinion/blogs/beltway-confidential/in-response-to-critics-arizona-tweaks-new-immigration-law-92495249.html#ixzz0mbOlV7Tf

[On the subject of the new Arizona Immigration Law, I find it laughable that a state has to have a law saying that the law is the law, that being illegal is illegal.  Already the illegals are returning to Mexico!  I find it terrifying that our President is once again fomenting class warfare and hatred of selected groups.  And he is doing so by saying that the police will ask for the papers of a family taking their children out for an ice cream cone.  The bill clearly states that profiling is not to be used, that some other legal contact has had to have occurred prior to asking for proof of citizenship.  If there is to be any fault, it will be for rogue cops who may not follow the law.  I recall that during the health care bill campaign, Obama accused doctors of cutting off limbs and tonsils just to get patients and more money.  Barack Obama has in other words called the 70% of Arizonans who like this bill RACIST.
As I spoke at the time he was elected, I have feared that, rather than being a "post-racial" president, this Obama administration would prove to be a dangerous one for our country, with an administration and media which will turn to the accusation of racism whenever Obama doesn't like what some Americans believe. Statements such as these should never come from our President.  To me, unfortunately, it is no longer shocking.]
--------------------------------------------------------------------------------------------------------------------------------
http://www.powerlineblog.com/archives/2010/04/026189.php      Powerline reports that:  President Obama has selected Dr. Donald Berwick to head the Centers for Medicare and Medicaid Services. Berwick is a Harvard professor, a pediatrician, and the CEO of a nonprofit that, according to its website, has a staff of over 100 people. These seem like dubious qualifications to head a massive organization with a budget greater than that of the Department of Defense. As Jeffrey Anderson explains, however, Dr. Berwick is a perfect pick for Obama. For like Obama, Berwick believes that our health-care system should be run through Washington,
Posted by Karen at 7:00 AM 2 comments: