"When good people relinquish the power of the free market, the power that rests in the hands of the individual, and look to a charismatic figure for help, disaster is right around the corner. It is nothing new that is happening in the world today, my friends. It is the same thing that has been happening since the dawn of time; it takes a crisis to enthrone a monster and I fear that something wicked this way comes." This was written by J.C. Smith of American Thinker, and I wish they were my words. Do you see this current administration as attempting, and often succeeding, in turning Americans against Capitalism and "greedy" executives? Could this all be a part of its' Big Government agenda? They are deflecting focus from the Congress's blame in all this, from forcing banks to make loans to those who couldn't pay for them, to preventing poorly run companies from going into bankruptcy. Worst of all, they are keeping our focus off the fact that Congress once again passed a bill without even reading what was in it! We should be far angrier at Congress than we are at Corporations.

Because of public exposure and the great outcry concerning his hypocrisy, Senator Christopher Dodd has not only admitted that is was HIS addition to the Stimulus Bill which allowed the payment of bonuses to AIG executives (though he is saying the President MADE him do it), he has declared that he will be returning the parts of his over $130,000 presidential campaign donations from AIG executives which in his eyes are "tainted", whatever that means....

Our President has decided that his great plan to make our heroic military vets pay for their own PRIVATE health insurance was not so great after all. Again, our great hue and cry has exposed his agenda as well as his incompetence at his job.

Nancy Pelosi, Speaker of the House, and third in line to be President of the United States, recently said, while addressing illegal aliens in California, and while condemning raids by the Immigration and Customs Enforcement agents, said, "You are special people. You're here on a Saturday night to take responsibility for our country's future. That makes you very, very patriotic." What? Does that make those who believe in following the laws that CONGRESS has passed are un-patriotic??

http://www.youtube.com/watch?v=jeYscnFpEyA&feature=channel_page
"Thomas Paine" is begging us to take action! This is great (except for the national forced service to our country....) Be inspired! Join the national tea party!
Posted by Karen at 3:36 PM No comments: 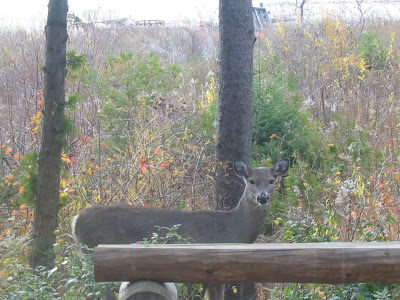 http://www.gratefulamericancoin.org/ On this site, you can purchase some beautiful coins for $6-7 each to hand to military personnel you may see in the airports or around town. It beautifully expresses gratitude for their service. All proceeds benefit the Special Operations Warrior Foundation or VetDogs. If you don't do this, consider buying their coffee or a meal, or at least approaching them to thank them for their service and to shake their hands. I guarantee you will be surprised and pleased by their responses! And you will feel better about yourselves.

Christopher Dodd has put on the table the taxation of the Retention Bonuses paid to AIG - at a rate of 90%! But he realizes that would be taxing ourselves, so he'll have to rethink it. He is also angry that some of the funds have been sent to prop up foreign banks, but they probably only honor the insurance policies which they wrote. Chuck Schumer wrote a letter to the gov't appointed CEO of AIG that his bonus-receiving employees will either voluntarily return their bonuses or "we plan to virtually tax all of it" - perhaps at 91-100%. What they are NOT telling you is that although they are all feigning outrage and shock, they KNEW this was part of the bailout package they signed into law - or they should have known! It was Dodd's own exemption, placed into the law, that contracts already entered into must be honored. Dodd, by the way, took around $130,000 in donations to his Presidential campaign from AIG, and is also a Senator who received special treatment for his mortgage loan from Countrywide. These bonuses may be the only way that AIG can keep competent executives on board to help turn the company around. And contrary to some in Congress like Barney Frank who want to LIMIT executive pay in ANY American company to $500,000, I don't think limiting capitalism is the answer. Again I would ask if this will pertain as well to movie stars and athletes..... The current Clinton era rules limiting income in various ways led to the practice of paying executives with bonuses and stock options instead of higher income... If our government can break the contracts in order to get these bonus monies back - not one contract in America is safe. Ask yourself whose contract will be next. As to all of this, Obama said yesterday that all Americans ask "is that everyone, from Main Street to Wall Street to Washington, play by the same rules. That is an ethic that we have to demand." Doesn't that make you laugh? He excepts his own appointees, as we know. Perhaps he should just require fair discussion and actual reading of all bills prior to bills being passed into law.

Next, Obama will not take off the table the possibility of having the health care of our Veterans be paid for by their PRIVATE insurance. The Law of Unintended Consequences would forecast the following: employers not hiring vets at the same rate as before, fewer people entering the military, private insurance companies greatly increasing their premiums because they are having to cover severely wounded vets who were promised care thru the Veterans Administration, and even more people put on the roles of the uninsured and unemployed. Oh - maybe THIS is the ultimate goal - having more people begging for Universal Health Insurance!

As if this is not enough, this Congress is contemplating the taxation of American workers' health insurance benefits which are given to them by their employers!

From Glenn Beck: " Barack Obama's climate czar (who is a socialist) blurted out in an interview that she wanted to eventually have a system that can 'hold back' power to certain houses at certain times of the day. The government deciding who gets heat or AC on extreme temperature days - yeah, that sounds like it will end well." I assume that Obama will be allowed to keep the Whitehouse at his favored 78-80 degrees - because he came from Hawaii....and he's not bound by his own treat-everyone-the-same rules.

Cook County, Illinois (Chicago) residents will soon have to provide thumbprints in order to sell a home! How can they get away with that??!! Keep an eye out in your own states for more takeovers of our rights - and report it by commenting on my blog!

Last: Congress is entertaining the use of a procedure called "reconciliation" to put the energy bill and the healthcare bill into the budget without having to entertain debate with those pesky conservatives, and with only a simple majority of votes (not the supermajority) - with no filibuster allowed!