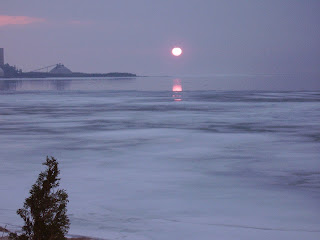 Recently the EPA has been given broad powers to prevent Global Warming, whether it can be proved to be manmade or reversible or not. It wants to tax greenhouse gases - from livestock and cars..... and that would be without any new laws being passed by our Congress.. They are also proposing to tax our use of energy used to heat and cool our homes. In their best case scenario they wish for a power "smart grid" that allows the government to dial down our thermostats!

Included in the current Waxman bill are provisions that will allow anyone who feels they are being adversely affected by anyone else's pollution including the government's, (making them a "victim"), the right to SUE that entity; the liberal National Academies of Science will unilaterally make recommendations to the gov't.; the gov't must seek the opinion of liberal environmental groups when creating or revising their regulations; our government will institute yet another gov't program, this time to train the work force to do the work of curing our planet of Global Warming - thru college grants.

More than 650 prominent international scientists now oppose the findings of the U.N. Intergovernmental Panel on Climate Change’s (IPCC)., which are the basis of the Waxman proposal. The 52 authors of the IPCC report who are climate scientists are out-numbered 12-to-1 by their scientific critics.The UN’s Intergovermental Panel on Climate Change claims to be the world’s “most authoritative body” on the subject. However, only “something on the order of 20%” of the panel’s scientists “have some dealing with climate,” admits a senior member. Even the IPCC chairman is an economist, not a scientist.


It has been shown that the West Antarctic ice sheet has collapsed and regrown at least 60 times in the past few million years. David Harwood, a palaeoecologist at the University of Nebraska-Lincoln and a founding member of the Andrill project says, "We can see the sea level come and go and we can see the ice sheets advance and retreat." Harwood, Fielding and 50 other scientists have detailed their findings from this critical period in a paper in Nature last month (vol 458, p 322). "The cores show at least 60 cycles of glacial collapse, retreat, and re-advance during the last 14 million years. To see the physical evidence for what we had suspected from other information was pretty exciting."

As we go back into history, into past millennia, we can see that our atmosphere has in fact had much more CO2 - up to 6,000 parts per million, compared to the 380 parts per million that we have now - and it has responded and it has settled. Earth didn't destroy itself.

Watts has found that temperature data from nearly 70 percent of the weather stations is of questionable accuracy because the stations do not adhere to the USHCN's own quality-control guidelines. Some are placed on airport runways and beside exhaust vents on buildings, for instance! Data from last September was repeated for October, skewing the readings to be much warmer than they were. In fact, our planet has been cooling over the last 10 years, forcing the Global Warming crowd to now warn us of "climate change" instead.

And a few items regarding our banning of DDT and our use of ethanol:
From Amy Herzog of Townhall.com: Thanks to Westerners’ fear of all things inorganic—and Rachel Carson’s scare-mongering book “Silent Spring”—one million inhabitants of third-world countries die of malaria every year. Although studies show that DDT has no harmful effects on humans, environmentalists have pressured Western governments to ban imports from countries that use the chemical for disease control. Under threat of trade sanctions from the West, African nations have been forced to use less effective and more expensive methods to fight the malaria epidemic, such as mosquito-repellent bed nets—even though many Africans don’t own beds.

Last spring, several Third World nations erupted in riots because the people didn’t have enough to eat—the cost of food staples had soared over 80 percent in three years. Among the chief causes? The West’s decision to divert food resources toward the development of Earth-friendly “biofuels.” “When millions of people are going hungry, it's a crime against humanity that food should be diverted to biofuels,” Palaniappan Chidambaram, India's finance minister, said during the food riots. 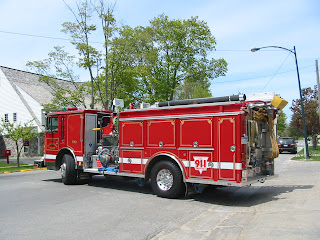 Department of Homeland Security released a controversial 10-page report warning against "right-wing extremism," despite a disclaimer: "The DHS/Office of Intelligence and Analysis has no specific information that domestic right-wing terrorists are currently planning acts of violence, but right-wing extremists may be gaining new recruits by playing on their fears about several emerging issues". And from Guy Benson of Townhall.com: Although the details vary, the overarching message is consistent. To conservatives: Be quiet. Your political speech is irresponsible and might conceivably encourage violence. To other Americans: Be afraid of these borderline-insane people. Their ranting radio hosts and wild-eyed tea party/hate fests (“not really family viewing” according to one CNN correspondent) are frightening and creepy. Welcome back, fear. Hope, we hardly knew ye. [Where were our government warnings about community organizers and their "in your faces" tactics, for instance - or warnings about possible ill-effects from listening to a Black Liberation Theology minister for 20 years? ]

And I say that while refusing to refer to Muslims who kill infidels terrorists, Janet Napolitano DOES warn all police departments to be on the look-out for good American citizens who disagree with Barack Obama and this Congress as potential terrorists! As Hillary Clinton, our Secretary of State, once famously shrieked: "I'm sick and tired of people who say that if you debate and disagree with this administration, somehow you're not patriotic. We need to stand up and say we're Americans, and we have the right to debate and disagree with any administration". To my knowledge she was never declared by the Bush Administration to be an extremist and possible terrorist for speaking up against her government's policies.....

For further elucidation, read the following paragraph, and realize that if you are reading this, your government has labeled you a possible terrorist!

"Right-wing extremism in the United States can be broadly divided into those groups, movements and adherents that are primarily hate-oriented (based on hatred of particular religious, racial or ethnic groups), and those that are mainly antigovernment, rejecting federal authority in favor of state or local authority, or rejecting government authority entirely. It may include groups and individuals that are dedicated to a single issue, such as opposition to abortion or immigration." Right-wing extremist chatter on the Internet continues to focus on the economy, the perceived loss of U.S. jobs in the manufacturing and construction sectors, and home foreclosures," the assessment warns. When asked, DHS spokeswoman Sara Kuban could not name who was responsible for this "extremist chatter".

Obama, speaking after Ortega and Fernandez, said the U.S. is seeking a new beginning in its relationship with Cuba and wants an “equal partnership” with other countries in the Americas. Regional leaders “cannot let ourselves be prisoners of past disagreements,” Obama said. “You can’t blame the U.S. for every problem in this hemisphere,” Obama said. “I am very grateful that President Ortega didn’t blame me for things that happened when I was three months old.

This begs this question for Obama, and do notice he didn't say America, as everything is only about "the One": If you think it wouldn't have been right for YOU to be blamed for things that happened even in the 1980's, does this mean you will STOP blaming Americans for what happened here regarding slavery?? The 13th Amendment, passed in 1865, freed all slaves. WE don't wish to be blamed for "things that happened when" we were 150 years away from even being born.


Barack Obama has recently named 18 administration Czars. Carl Browner is the energy czar and Gil Kerlikowske is the drug czar, for instance. Even Senator Robert Byrd believes that these czar appointments are a slick way for Obama to govern without needing to work with Congress, for czars do not even have to go thru Senate confirmation hearings. This seems to be anti-Constitutional, as powers were granted to only Congress by that Constitution to make laws. Former Rep. Ernest Istook said he doesn't like the term czar either because it's too Russian.

War On Terror: Imagine a president of the United States, within his first hundred days, revealing secrets that help terrorists kill. The secret memos on enhanced interrogation, now made public, do exactly that.