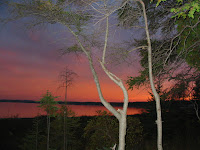 "The United Nations has reversed its stance on one of the most contentious and bloody incidents of the recent Israel Defense Forces operation in Gaza, saying that an IDF mortar strike that killed 43 people on January 6 did not hit one of the United Nations Relief and Works Agency schools after all. It seems that the UN has been under pressure to put the record straight after doubts arose that the school had actually been hit." Once again, information received from the UN is unreliable... And this is the organization which our President prefers to use as part of One World Government, and International Court, a Global Tax, and our right to go to war to protect our interests.

President Obama has requested imposing a cap of $500,000 on the compensation of top executives at companies that receive large amounts of federal bailout money. This is indeed a slippery slope toward government telling businesses how to do business. As Obama has stated that "now is not the time for American businesses to make money", I can't help but wonder if he understands that this is the very issue which is causing so many lay-offs. When DOES he think they should make money, and what business is it of his to decide? The "Law of Unintended Consequences" is at play here. First, these problems were begun by too much government interference (at Freddie Mac and Fannie Mae and auto companies) and were compounded by quickly giving billions of our hard-earned dollars to those people whose lack of attention and greed caused the problems in the first place. Second, the companies will give stock instead of income, creating deferred compensation instead of income. The "low" salaries will force qualified applicants to go elsewhere.

One sign of Democrat overreach was Nancy Pelosi suspending debate and committee rules on the Stimulus package in the House of Representatives. "We’re just told how to vote.", said one Representative.. So much for bipartisanship. This is the same Pelosi who shockingly said this week that 500,000,000 people are losing their jobs each month, even though our entire population is under 300,000,000. This seems to be the Obama-hated politics of fear to me.

President Obama admitted that “ultimately it’s important for this administration to send a message that there aren’t two sets of rules. You know, one for prominent people and one for ordinary folks who have to pay their taxes.” I can hear you laughing, or crying... But even the day before Daschle's resignation in disgrace Obama continued to firmly support him. Current polling shows that 72% of Americans believe there is a double standard on tax payments.

"I will stand with the Muslims should the political winds shift in an ugly direction", said campaigner Barack Obama. I wondered at the time what he meant, and I think about these words now after learning that due to our President's directive, charges have been dismissed against Gitmo Detainee Al-Nashiri for being the mastermind of the USS Cole bombing. It is Obama's stated preference that non-US citizen, non-military uniform terrorist enemies be given the same rights that US citizens enjoy in our courts of law. That should be appreciated by the families of those killed on 9/11, I'm sure.

Senator Lindsay Graham took on a bullying Barbara Boxer yesterday in the Senate by saying that he would put his ability to speak his mind to his party up against anybody, including Senator Boxer. He said, "I'm here today to point out the fact that this is not bipartisanship. If this is the solution to George Bush's problems, if this is the "new way of doing business," if this is the "Change We Can Believe In" (the stimulus bill), America's best days are behind her". We owe Graham a debt of gratitude for daring to demand a good bill.

Last night, after thanking the Democrats for giving him a good reason to use his fancy new airplane by holding a meeting at an expensive site instead of in the confines of D.C., he ridiculed Republicans for saying that his bill is a Spending bill and not a Stimulus bill. He said they are one and the same! Republicans such as Lindsay Graham say that a Stimulus bill is supposed to stimulate JOBS and stabilize the economy, not simply spend our hard-earned money on various welfare plans and permanent entitlements. Ridiculing your adversaries, by the way, is one of the Rules For Radicals suggested by community organizer of the past Saul Alinsky.
Posted by Karen at 7:48 AM 1 comment:

Email ThisBlogThis!Share to TwitterShare to FacebookShare to Pinterest
Labels: The Other Side of the Story
Newer Posts Older Posts Home
Subscribe to: Posts (Atom)