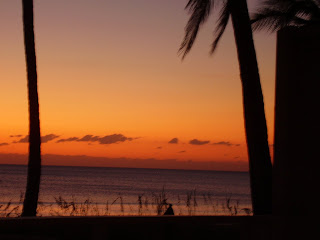 Susan Crabtree reports that "Rep. Edolphus Towns (D-N.Y.) locked Republicans out of the House Oversight and Government Reform Committee room to keep them from meeting when Democrats aren’t present.

From Mark Tapscott: [In a meeting with several doctors groups, the doctors were told] If the doctors would drop their demand for medical malpractice lawsuit reforms and support Obamacare, Reid would quickly move the $247 billion bill to spare them from scheduled cuts in Medicare reimbursement.

And if the doctors refuse?"Without the freeze, doctors would see their Medicare payments drop by 21 percent next year and by 40 percent by 2016," according to the Hill. Cuts of that magnitude would force many doctors to stop treating Medicare patients, and push others to retire early or stop practicing medicine entirely.

That makes the headline of today by Robert Pear even more interesting: Democrats lost a big test vote on health care legislation on Wednesday as the Senate blocked action on a bill to increase Medicare payments to doctors at a cost of $247 billion over 10 years. The Senate majority leader, Harry Reid, Democrat of Nevada, needed 60 votes to proceed. He won only 47. And he could not blame Republicans. A dozen Democrats and one independent crossed party lines and voted with Republicans.

The Washington Times reports: The White House has told Congress it will reject calls for many of President Obama's policy czars to testify before Congress - a decision senators said goes against the president's promises of transparency and openness and treads on Congress' constitutional mandate to investigate the administration's actions.

Sen. Susan Collins, Maine Republican, said White House counsel Greg Craig told her in a meeting Wednesday that they will not make available any of the czars who work in the White House and don't have to go through Senate confirmation. She said he was "murky" on whether other czars outside of the White House would be allowed to come before Congress.

Miss Collins said that doesn't make sense when some of those czars are actually making policy or negotiating on behalf of Mr. Obama.

"I think Congress should be able to call the president's climate czar, Carol Browner, the energy and environment czar, to ask her about the negotiations she conducted with the automobile industry that led to very significant policy changes with regard to emissions standards," Miss Collins said at a hearing Thursday that examined the proliferation of czars.

In a letter last week to Miss Collins, though, Mr. Craig explained that the White House is not trying to circumvent Congress.

"We recognize that it is theoretically possible that a president could create new positions that inhibit transparency or undermine congressional oversight. That is simply not the case, however, in the current administration," Mr. Craig wrote.

As I reported earlier: an aide to Sen. Harry Reid said that current debates may be irrelevant because an entirely different version might be inserted into an unrelated House tax bill, HR 1586. That’s the measure that levies a 90 percent tax on bonuses given to executives of firms that receive bailout money. Among other things, this could be a way of getting around the constitutional requirement that all tax bills originate in the House.

Now we learn that hidden in the bill is the wording that the government can step in to dictate salaries and taxes for ANY American company which "poses a threat" to the financial health of America.

From Terry Jeffrey: The most revelatory passage in the so-called "plain English" version of the health care bill that the Senate Finance Committee approved on Tuesday (without ever drafting the actual legislative language) says that in the future Americans will be offered the convenience of getting their health insurance at the Department of Motor Vehicles.

This is no joke. If this bill becomes law, it will be the duty of the U.S. secretary of health and human services or the state governments overseeing federally mandated health-insurance exchanges to ensure that you can get your health insurance at the DMV.

You will also be able to get it at Social Security offices, hospitals, schools and "other offices" the government will name later.

Jillian Bandes points out that: Members of Congress can choose from five different health care plans, while forcing the rest of us onto their government plan, and have access to both the VIP Bethesda Naval Hospital and a reserved spot Ward 72 at Walter Reed Army Medical Center, an elite division usually reserved for military members. Their everyday medical concerns can be taken care of at a doctors office located inside of Congress. Their premiums are the same as those of insurance plans with half the benefits, and the plans last til their Medicare begins.

Dick Morris informs us that :If your household income is $66,000 a year, slightly above the national average, Obama’s health care bill will require you to spend 12 percent of your income -- about $8,000 a year or almost $700 a month -- to buy health insurance before you get any federal subsidy.