Writing for Fortune.com, Nina Easton relays her first-hand account of the uncivil disobedience and “mob”tactics exhibited by SEIU and the National People’s Action (NPA), as they terrorized a teenage child in his own home.


Baer’s teenage son Jack — alone in the house — locked himself in the bathroom. “When are they going to leave?” Jack pleaded when I called to check on him.

SEIU and NPA also loudly stormed into bank buildings, occupying and shutting down their lobbies.  How much would you like being in one of those bank lobbies during an SEIU-NPA Progressive Democrat hijacking of the property? How is anyone supposed to know that the loud angry mob coming through the front door isn’t there to rob it, or worse yet, burn it down?
Just an aside -  isn’t it against Federal law to purposely shut down the normal operation of Federally insured banking institutions? Or is that sort of thing being encouraged now?
This is all a part of an ongoing campaign which SEIU and NPA have titled “Showdown In America
http://www.huffingtonpost.com/2010/05/20/nina-easton-fortune-colum_n_583023.html
------------------------------------------------------------------------------------------------------------
Education Secretary Arne Duncan is asking lawmakers to put aside “politics and ideology” as they consider a request for $23 billion in “emergency” funding for public schools – a measure Republicans reject as a massive federal bailout for the teachers’ unions.
The federal Digest of Education Statistics tells us that in the 2007-08 school year (the latest with available data), US public schools employed more than 6.2 million teachers and other staff. Losing 300,000 of those jobs would only be a 4.8 percent cut -- unfortunate, perhaps, but hardly catastrophic.
And 300,000 is the worst-case scenario. The AASA figure of 275,000 would be just a 4.4 percent cut. The low end of Duncan's prediction, 100,000 positions, would constitute only a 1.6 percent trim. That's less than one out of every 60 public-school jobs.
Moreover, the projected cuts would be but a tiny step back after decades of spending and staffing leaps.
But that's not all the context that taxpayers deserve before Congress and the Obama administration stick them for another $23 billion. The American Recovery and Reinvestment Act -- the "stimulus" -- already included about $100 billion for education, most of which was intended solely to keep educators employed.
So there is indeed a looming education catastrophe -- but it's not funding or job cuts. It is the bailout now moving through Congress that ignores the reality of inefficient public schooling, and adds to the already crushing burden of our federal debt. 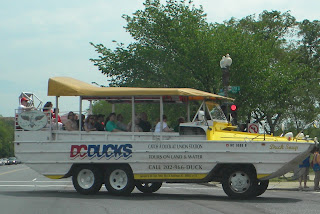 Free Republic writes another article on how this is no longer to be a free republic:  Now that the U.S. government has achieved its monopoly over health care, new technologies are in the works that will allow the government to remotely monitor and track whether ordinary citizens are complying with taking medications prescribed by conventional doctors. One new technology described at the U.S. Senate Committee on Aging allows "pills to be electronically outfitted with transmitters" which would track the patient's compliance with medications and broadcast that information back to government health care enforcers who check for "compliance and efficacy." 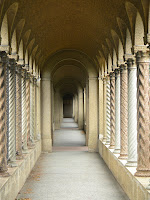 [Now perhaps those in CA should halt their boycotts and condemnations of the Arizona law...]

Nonie  Darwish, author of Cruel and Usual Punishment - The Terrifying Global Implications of Islamic Law. ... stated: "Intentionally or unintentionally, in the name of tolerance, we are bringing up a generation of Americans who will tolerate Islamic Jihad, in the name of cultural relativism and compassion."  She also stated:  "Tolerating intolerance is not a sign of virtue, but gross negligence."  http://www.americanthinker.com/2010/05/war_of_wordcraft.html
Posted by Karen at 8:11 AM 1 comment:

The Lawlessness of Obama and his Administration 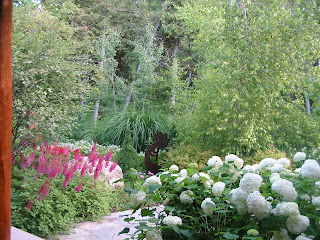 Charles Krauthammer: "I think it's a perfect example of the arrogance and the near lawlessness of this administration."

"[The Arizona law] is as legal a law as any other law in the land. [I'll add that it mirrors the Federal law on immigration.]  And for the executive to say we're going to ignore it, or we're going to unenforce immigration essentially in this state on account of this, is lawless."
http://www.foxnews.com/politics/2010/05/21/official-says-feds-process-illegals-referred-arizona/
Posted by Karen at 2:34 PM 2 comments: