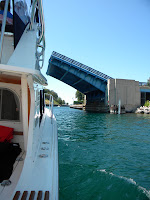 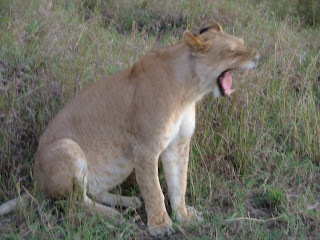 Forbes informs us: President Obama's stated objective to reduce inequality, as laid out in public addresses and budget plans, is a noble one. Yet it seems more and more likely that raising taxes for urban middle-income workers will, over the long term, add to the flood of people fleeing to less costly locales with lower taxes. This will be particularly true for the growing ranks of information economy "artisans" who might find critical write-offs for home offices and other business expenses cut from their next tax return.
By targeting the urban middle class to pay for its deficit and new social programs, the president's plan could end up draining wealth--and boosting inequality--from our nation's great cities, where he currently draws overwhelming support, to its hinterlands. Not exactly what the White House had in mind, no doubt, but, sadly, it's a distinct possibility.  http://www.forbes.com/2009/03/02/obama-tax-urban-opinions-columnists_middle_class.html 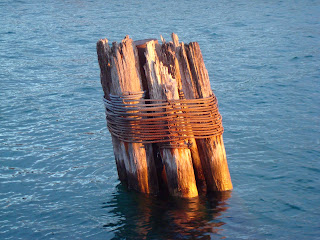 Due to the fact that this Administration seems to be attempting to overwhelm us with all they are doing, I have decided to shorten each blog.  I will be blogging Monday through Friday to make it easier for you to get the late breaking news.

The UK News reports: The Obama administration faced an embarrassing diplomatic blunder today after it was forced to pull a warning about racism in Spain - just as the First Lady arrived in the country for a summer holiday.
Staff at the U.S. State Department removed the contentious advice to travellers, which included the phrase 'racist prejudices could lead to the arrest of Afro-Americans who travel to Spain,' from its website on Monday.

Lt. Col. Terry Lakin, an Army physician, has refused to obey any orders from his commanding officers -- including President Obama -- until Obama produces his birth certificate. http://www.huffingtonpost.com/2010/04/01/terry-lakin-army-birther_n_521549.html

Regarding Medicare/Medicaid's wonderful money saving properties, announced by this Administration, unfortunately for secretary Sebelius, however, as reported by Newsmax: the Congressional Budget Office has on numerous occasions confirmed that any claims the law will improve Medicare’s solvency revolve around notional double-counting under federal budgetary conventions.

A January CBO letter found that “the majority of the [Medicare] trust fund savings . . . would be used to pay for other spending and therefore would not enhance the ability of the government to pay for future Medicare benefits.” And in a March letter, CBO quantified the amount of that double-counting, estimating that, if the law’s Medicare savings were actually set aside to improve the solvency of the Medicare trust fund (as opposed to being used for other spending), the bill would increase the deficit by $260 billion over its first ten years alone.

In other words, the CBO agrees with the CMS actuary that the same money can’t be used twice — once to expand coverage, and a second time to extend the life of the Medicare trust fund. The secretary’s statement that “there are two different operating methods of looking at this,” and that CBO disagrees with the administration’s own actuaries on the impact of this budgetary double-counting, is demonstrably false.
http://www.newsmax.com/GroverNorquist/Norquist--Sebelius--Medicare--Medicaid--Obamacare/2010/08/03/id/366484 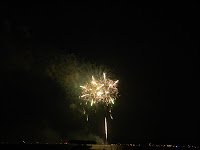 The sheriff was referring to the law suits filed by the American Civil Liberties Union and the U.S. Department of Justice challenging the state’s new immigration law.

“Gradually shortening the work week (ultimately to 20 hours or less) or decreasing the number of work weeks per year (companies could have different spring-summer and fall-winter shifts) would accomplish this,” they wrote.

Working less to make room for other people to enter the job market would be good for Americans, Holdren and his co-authors concluded, even if it meant workers had to accept less pay.

“There should be few but positive consequences from such a reduction in working time,” they wrote. “Pay would perhaps be reduced but so would many expenses if material goods were built to endure and there was no longer social pressure to consume for the sake of consuming.  http://www.humanevents.com/article.php?id=38359  [But don't you dare suggest that this would mean our government will be even more intrusive into our private businesses. Without knowing about a book he had written, Congress confirmed this radical, who is known for writing that: "To provide a high quality of life for all, there must be fewer people." ] 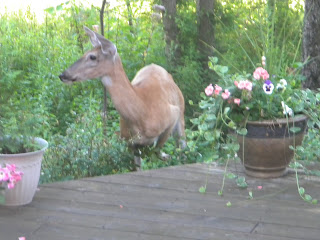 National Review Reports: The Massachusetts legislature seems poised to enact a plan, as evil as it is ingenious, to run an end-around on the electoral college and the Constitution.
It would work by tying the Bay State's 12 electoral votes to the winner of the popular vote nationwide. If a number of states equivalent to at least 270 electoral votes were to pass the measure, it would effectively neuter the college.
I know that this is remedial for Cornerites, but the electoral college is one of the last vestiges of federalism we have left. It reflects the Founders' conviction that the method of choosing the Executive should reflect the will of the several states qua states — he's called the President of the United States, not the President of America. The desire to protect the integrity and discreteness of the states, and to prevent the most populous states from running up the score in the vote, was the essence of the Connecticut Compromise. Do away with the college and you might as well abolish the Senate. Not that many on the Left would shed too many tears over that prospect.
In any event, there is something of a consolation prize here: unless and until enough states adopt the measure to give it teeth, Massachusetts will wind up serving as a mere rubber stamp for whoever wins the presidency by accruing enough votes in the other 49 states. Which means Massachusetts could realistically go Republican in 2012. . . http://corner.nationalreview.com/post/?q=ZjIwYjUxMWFjYmIyMzdiZTljNTllZmY5NjczMmU4ZmQ=
------------------------------------------------------------------------------------------------------------
[Time reports: Regarding the disastrous BP spill, according to many]: So far — while it's important to acknowledge that the long-term potential danger is simply unknowable for an underwater event that took place just three months ago — it does not seem to be inflicting severe environmental damage. "The impacts have been much, much less than everyone feared," says geochemist Jacqueline Michel, a federal contractor who is coordinating shoreline assessments in Louisiana. [For instance,] Yes, we've heard horror stories about oiled dolphins — but, so far, wildlife response teams have collected only three visibly oiled carcasses of any mammals.


Ted NUGENT: It is us [Actually, it is WE, but who cares about learning proper English these days?]

We're the ones who allowed anti-Americans to take over America

Barack Hussein Obama did not sneak into power. An army of clueless, disconnected, ignorant Americans invited him to bring his Marxist, glaringly anti-American jihad into our lives. This president's overtly destructive, clear-and-present-danger agenda is surpassed in transparency only by his ultra-leftist public voting record and overall lifetime conduct of consorting with the enemy as a child and student of Marxism, socialist and racist community organizer, congregant of the blatant America-hating black-theology- and social-justice-spewing Rev. Jeremiah Wright and close personal friend of convicted communist terrorists like Bill Ayers, and by his unflinching appointment of an array of communist czars, including Van Jones, Cass Sunstein, Anita Dunne, et al. So let me get this straight: You claim your intentions were noble because you simply wanted to get your child a puppy but somehow didn't notice that it was foaming at the mouth, and now you're shocked that your child has rabies? I think not. That is not a mistake. It is negligence -- dangerous, life threatening and, I am convinced, downright criminal negligence.