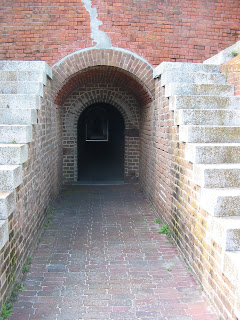 WASHINGTON — Supporters of Supreme Court nominee Sonia Sotomayor are quietly targeting the Connecticut firefighter who's at the center of Sotomayor's most controversial ruling. On the eve of Sotomayor's Senate confirmation hearing, her advocates have been urging journalists to scrutinize what one called the "troubled and litigious work history" of firefighter Frank Ricci. This is opposition research: a constant shadow on Capitol Hill. [Will this kind of action ever be a thing of the past for Democrats?] 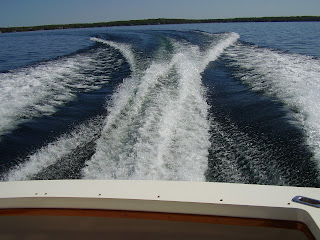 "Rarely does the U.S. Commission on Civil Rights vote unanimously on anything", according to a Washington Times Editorial. "A partisan divide has made the commission contentious in recent years. Yet the Department of Justice's decision to forfeit its voter-intimidation case against the New Black Panther Party and three individual defendants drew a 6-0 vote with one abstention by the commission. What unified the commission was outrage at the Justice Department for letting the Black Panthers off the hook."

From Gerald Warner of the U.K. Telegraph, who is willing to tell it like it is: "For America voluntarily to reduce its nuclear superiority is madness. Bien-pensant talk of a nuclear-free world displays total stupidity in a global situation where nuclear weaponry is proliferating, not receding. There is even a nuclear bomb in Pakistan, which is teetering on the brink of failed statehood at the hands of Islamist insurgents. Is this a time for America to disarm, to “sell the store” as one trenchant right-wing commentator has already described Obama’s posturing in Moscow?

For Obama, success is not the delivery of watertight nuclear security for America; it is a feel-good news conference and photo opportunity that will create huge approval ratings on liberal campuses where the delusions of 1968 and the anti-Vietnam war movement still linger on in these isolated Jurassic Parks.

From the Los Angeles Times: Leaders of developing nations shun plan to cut greenhouse gases in half. [And it has been proven that without the cooperation of China and India, whatever else the rest of the world spends to lower greenhouse gases will not reduce them enough to lower temperatures by more than .01 degree..]

Billionaire T. Boone Pickens, according to the AP, is planning to cash in on the wind energy boom by building the world's largest wind farm in West Texas. The oil tycoon wants to install large wind turbines in parts of four Panhandle counties in a project that would produce up to 4,000 megawatts of electricity.

L'AQUILA, Italy (Reuters) – Russian President Dmitry Medvedev warned the United States Friday that if it did not reach agreement with Russia on plans for missile defense systems, Moscow would deploy rockets in an enclave near Poland.

In sharp contrast to his positive words during President Barack Obama's visit to Moscow earlier this week when the two reached broad agreement on nuclear arms cuts, Medvedev used a news conference at the G8 summit to return to Russia's earlier tough rhetoric on arms control. Referring to an order he gave earlier this year to prepare deployment of short-range Russian missiles in the western enclave of Kaliningrad to answer to any U.S. deployment of a missile shield in central Europe, Medvedev said: "If we don't manage to agree on the issues, you know the consequences. What I said during my state of the nation address has not been revoked." Medvedev also appeared to change his tone on the missile defense shield itself. During Obama's visit he told the U.S. leader, using markedly softer language than normal, that "no one is saying that missile defense is harmful in itself or that it poses a threat to someone." But at the Group of Eight rich nations summit in Italy on Friday, Medvedev returned to a traditional posture on the system, describing it as "harmful" and "threatening to Russia."