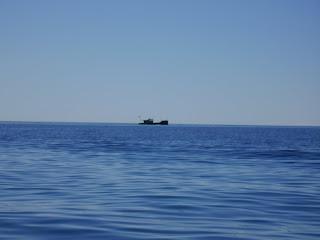 An Alert To Great Lakes States:

From Cornial Dean of the NYT:

The Obama administration called Thursday for a comprehensive national system for regulating the use of federal waters along the nation’s marine and Great Lakes shores, now administered by a hodgepodge of federal, state or other agencies with often-conflicting goals.

The recommendation, outlined in an interim report by a panel appointed in June by President Obama, said regulators should consider marine regions as a whole when issuing rules rather than, say, regulating fishing one species at a time.

It also said they should keep the health of marine ecosystems in mind when allocating particular activities in particular places, like fishing, shipping or energy.

The report says this planning would be the major focus of its final report, due in December. The panel comprises representatives of environmental, transportation and other agencies.

The interim report also calls for greater integration of environment-related science in federal rule-making and the creation of a National Ocean Council to oversee the effort.

[Since ACORN has around 200 affiliates, we should keep a sharp eye on the defunding of those as well. I question, since the government has turned a blind eye and deaf ears to citizens' pleas to abort the current health care bill, why they are all running for the deep grass on this one. Where are the investigations of ACORN, and just when will our President condemn their tactics and misuse of government funds?]

Front Page Magazine reminds us to "Remember President Obama’s enthusiastic support for an initiative known as the Global Poverty Act (GPA), which, if signed into law, would compel the U.S. to transfer some $845 billion from its Treasury to “cut extreme global poverty in half by 2015 through aid, trade, debt relief,” and other means – all in the interests of “social justice.” [ Keep an eye out for more on this one.....] After all those years as a communist revolutionary seeking to undermine capitalist , [an adviser to Obama by the name of ] Jeff Jones has finally found his way back home. Now he can pursue that same objective under the more socially acceptable auspices of the Apollo Alliance, the organization whose board of directors features that other Marxist, Van Jones – the man whom President Obama selected six months ago as his highest-level environmental adviser. [ I will be writing more about said Jeff Jones in a future blog....] 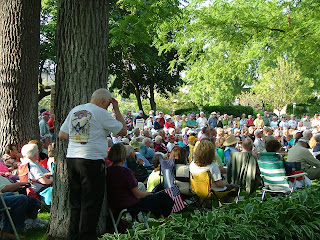 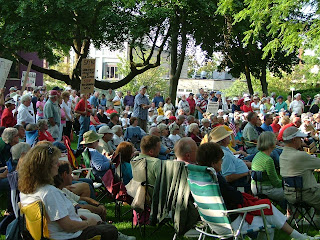 A top White House aide said Sunday that the thousands of conservative "tea party" demonstrators who marched in Washington on Saturday were "wrong" because they represent only a "fringe section of society." "I don't think it's indicative of the nation's mood," David Axelrod, the president's top adviser, said on CBS' "Face the Nation."

Barack Obama said he was "unaware" of the gathering on Pennsylvania Avenue......

Despite what the mainstream media is saying, a count by our National Park Service claims 1.8 to 2 million citizens took part...the very largest gathering in Washington DC, perhaps. The lowest estimate of participation is 75,000. The protesters were peaceful, and left the area as clean as how they found it.

Following is a time lapse video site for you to watch - and be proud of Americans who are no longer the silent majority! http://www.youtube.com/watch?v=LoPud1TeubM

Recent tapes of ACORN officers in action in at least 3 major cities (one in which they were illegally doing business: Baltimore) have shown them to be counseling a supposed pimp and a prostitute in how to set up their "business" and get a home loan by suggesting the following:

2) While enslaving underage girls from a foreign country into your sex slave business, count them as your "dependents"

3) Don't allow your girls to be educated, for that will mean they don't any more need ACORN or the government

While denying that this is anything that more than one rogue office would do, that the tapes were edited, that they will sue both the investigators as well as Fox News (for reporting the news) - ACORN has already fired 4 people over this.

As ACORN has been presented to us by "new media" investigators, the Senate has quietly, by an 83-7 vote, denied further government funds going to ACORN, which was in line to receive 8 billion dollars from the Stimulus Fund.

Charlie Gibson of ABC News has said that he was "unaware" of the ACORN tapes which had been shown on Fox News Network, and that is why he has not covered it......

Several days ago a California U.S. District judge ordered trial on the Obama eligibility matter. What!!!! You didn't read about it in your newspaper or hear it reported on TV?

From the San Diego Minutemen: I and many other concerned veterans and citizens attended the hearing today in Federal Court in Santa Ana in the lawsuit against Barack Obama to determine his eligibility to be President and Commander in Chief. About 150 people showed up, almost all in support of the lawsuit to demand that Obama release his birth certificate and other records that he has hidden from the American people.

Judge David Carter refused to hear Obama’s request for dismissal today, instead setting a hearing date for Oct. 5, since Obama’s attorneys had just filed the motion on Friday. He indicated there was almost no chance that this case would be dismissed. Obama is arguing this lawsuit was filed in the wrong court if you can believe that. I guess Obama would prefer a “kangaroo court” instead of a Federal court! Assuming Judge Carter denies Obama’s motion for dismissal, he will likely then order expedited discovery which will force Obama to release his birth certificate in a timely manner (if he has one).

The judge, who is a former U.S. Marine, repeated several times that this is a very serious case which must be resolved quickly so that the troops know that their Commander in Chief is eligible to hold that position and issue lawful orders to our military in this time of war. He basically said Obama must prove his eligibility to the court! He said Americans deserve to know the truth about their President!

From Slate: If the case survives that challenge, a pretrial hearing has been scheduled for Jan. 11 and the trial for two weeks later. In the U.S. Justice Department's motion to dismiss, attorneys didn't address the concerns directly, but instead focused their efforts on technical procedures, suggesting the matter can't be decided in court and that the dozens of plaintiffs cannot demonstrate they have been injured by having Obama in the Oval Office.

President Obama's defenders also said they would file a motion seeking to block any discovery of evidence at this point.

Justice officials say because neither had a mathematical chance at winning, they were not directly harmed by the election of Obama. [So - the argument was based on technicalities, not on merit. I would argue that every American would be harmed by having an illegitimate President, for nothing that he has done so far would then be Constitutional. ]

But among the issues that appear to be looming is a claim that Obama's actual birth certificate from Kenya has emerged.

As WND reported over the holiday weekend, Lucas Smith, the man who tried to sell an alleged Barack Obama Kenyan birth certificate on eBay, filed court papers insisting – under threat of perjury – that the Obama birth certificate in his possession is the genuine article.

A recent poll by Investor's Business Daily has reported that more than 45% of practicing physicians, only 18% of whom belong to the President Obama quoted American Medical Association, would consider retirement if the current health care bill passes. This amounts to 360,000 fewer doctors to care for 47 million more people. This is yet another reason that rationing will occur.
Posted by Karen at 9:40 AM No comments: 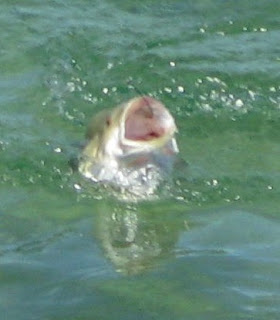 The US Census Bureau on Friday severed all ties with controversial community organizing group ACORN. The reason? The bureau said ACORN's conduct and sour public image threatened to taint the bureau's execution of the 2010 census.

Dozens of states have charged ACORN employees with voter registration fraud, numerous corporations have paid exorbitant sums of hush money to get the group to call off its demonstrators crying racism, and media organizations have exposed serious questions about how the radical group has spent the hundreds of millions of federal tax dollars it has received over the years. And now we have videos from three major city ACORN offices who have coached citizens on how to game the government, declaring their prostitution business as "performance artists" and underage illegal sex slaves as "dependents" Yet ACORN continues to do business without being investigated, and continues to receive hundreds of millions of dollars in taxpayer funding....

Well, you wondered how long it would take an Obama Justice Department to get around to the business of sending government lawyers out to comb the countryside to look for racism (loosely defined) and fill the court system with lawsuits. And here we go.

WASHINGTON — Seven months after taking office, Attorney General Eric H. Holder Jr. is reshaping the Justice Department’s Civil Rights Division by pushing it back into some of the most important areas of American political life, including voting rights, housing, employment, bank lending practices and redistricting after the 2010 census.

As part of this shift, the Obama administration is planning a major revival of high-impact civil rights enforcement against policies, in areas ranging from housing to hiring, where statistics show that minorities fare disproportionately poorly. President George W. Bush’s appointees had discouraged such tactics, preferring to focus on individual cases in which there is evidence of intentional discrimination.

In other words, they'll be flooding the courts with cases against business policies and practices, based on statistics (with are NEVER manipulated) instead of focusing on real instances of discrimination.