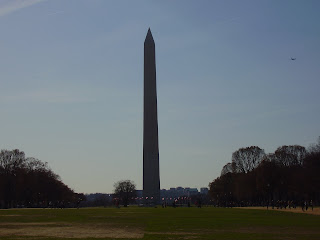 For his patients, Obamacare begins right now......   This won't last, but it is interesting, since Obama says all the doctors are for his bill.
-------------------------------------------------------------------------------------------------------------
I learned today that Capital Blue Cross announced this week that it has eliminated 182 jobs in what the Harrisburg, PA-based health insurer said is an ongoing effort to increase efficiency and lower operating costs.
There were 11 mass layoffs impacting 50 or more jobs at the nation's nongovernmental hospitals in February, the Bureau of Labor Statistics announced today.
February's mass layoffs, coupled with the 13 mass layoffs at hospitals in January, are on a pace with the first two months of 2009, a year that ended with a record 152 mass layoffs affecting more than 13,000 hospital jobs.
-----------------------------------------------------------------------------------------------------------
This following story about Andrew Breitbart points out to all conservatives that when we gather in public, we must behave ourselves, and take photos and videos of leftist radicals who will be trying to make us look like the terrorist Tea Party people they excoriate.  The last time Andrew Breitbart went to a large Tea Party-related event populated by liberals… well, the video speaks for itself. This time around, he got caught in the crossfire of an anti-Tea Party egg-throwing escapade– and was almost arrested after being accused of attacking Tea Partiers himself.
It’s a pretty remarkable story. Breitbart claims that, upon arriving in the area, he found an individual who identified himself as a pro-Reid union member directing Tea Party participants in the opposite direction of the Searchlight event, along with a “group of people who were agitating and egging on literally the procession of cars coming into Searchlight.” When confronted about what he was doing there, the man responded nonchalantly, “I’m misdirecting traffic.”  The incident, meanwhile, fits perfectly into Breitbart’s “false narrative” media theory: the extreme left-wing media has such control over information that “they know they can get away with things in daylight,” including highly-infantile use of edible projectiles. And, worse, they have control of the government, too. “What I find very suspicious was that the police were happy to investigate me,” he said, but when he told them he had video evidence of the crowd’s guilt, “the police had zero interest in going into that crowd.” Breitbart promised an avalanche of video footage to back up his claims, including the above clip, to be released sometime this week.
------------------------------------------------------------------------------------------------------------
In Sept. of '06, the Boston Globe wrote the following:
On Air America, talk show host Randi Rhodes recommended doing to Bush what Michael Corleone, in ``The Godfather, Part II," does to his brother. ``Like Fredo," she said, ``somebody ought to take him out fishing and phuw!" -- then imitated the sound of a gunshot. In the Guardian, a leading British daily, columnist Charlie Brooker issued a plea: ``John Wilkes Booth, Lee Harvey Oswald, John Hinckley Jr. -- where are you now that we need you?"
For the more literary Bush-hater, there is ``Checkpoint," a novel by Nicholson Baker in which two characters discuss the wisdom of shooting the president. ``I'm going to kill that bastard," one character fumes. Some Bush-hatred masquerades as art: At Chicago's Columbia College, a curated exhibit included a sheet of mock postage stamps bearing the words ``Patriot Act" and depicting President Bush with a gun to his head. There are even Bush-assassination fashion statements, such as the ``KILL BUSH" T-shirts that were on offer last year at CafePress, an online retailer.
Which brings us to ``Death of a President," a new movie about the assassination of George W. Bush.
Written and directed by British filmmaker Gabriel Range, the movie premieres today at the Toronto Film Festival and will air next month on Britain's Channel 4. Shot in the style of a documentary, the movie opens with what looks like actual footage of Bush being gunned down by a sniper as he leaves a Chicago hotel in October 2007. Through the use of digital special effects, the film superimposes the president's face onto the body of the actor playing him, so that the mortally wounded man collapsing on the screen will seem, all too vividly, to be Bush himself.

Now President Barack Obama says he finds harsh rhetoric from political opponents "troublesome" and says such talk isn't surprising in times of economic distress and sweeping societal changes.
He tells CBS a president has to have "pretty thick skin" and said he worries about a climate in which "the other side is demonized" by political opponents.

Here is my letter to editors of several MI newspapers:  The proof is in the pudding.  In order to assure health insurance for 10% of us, President Barack Obama, Nancy Pelosi, and Harry Reed now control 100% of Americans.  This is not about health care, but further government take-over of Americans.  We must fire all Democrats in November, and thank the Republicans for standing firm.  Included in this bill, by the way, is what campaigning Obama said he wanted: "We cannot continue to rely on our military in order to achieve the national security objectives we’ve set. We’ve got to have a civilian national security force that’s just as powerful..."  (More on that later next week)
Here is something we all can do:  let your voice be heard by contacting the Detroit News, the Detroit Free Press or the Grand Rapids Press, the Traverse City Record Eagle and the Petoskey News Review.You could chose one of the following email addresses or links and send them a letter-to-the-editor explaining why you support the fight to overturn Obamacare!
-------------------------------------------------------------------------------------------------------------
[I have listened to the entire interview with John Dingell by now, after being accused of taking his words out of context concerning government CONTROL of 300 million people.  I have not changed my mind.  He said that he really wanted a Single Payer system, but he helped to pass this bill because this is, and I'll quote: "Incremental progress which meets the ability of [a slight majority of] Congress to accept." He is admitting that he hopes, as many others politicians have admitted, that this is just a way to open the door to getting the single payer system. The truth sometimes seems inflammatory, but we deserve to get the truth:  it is good that we all really get a chance to hear what our politicians are saying, hoping and working for.  If we had really paid attention to the quotes of our President during his campaign, for instance, we would have known that he really did have the intent to, in his own words "fundamentally transform" America as he promised, not just be a good steward of the greatest land of opportunity in the world.  In order for the Congressional Budget Office to say this will "save" us money, they had to score it with us paying for it for 4 years prior to when it begins - all the time paying for our current insurance as well.  It didn't even take 4 days for businesses across America to figure out that it will cost them billions, and that cost will trickle down to Americans.  Does it not seem curious to you that in 4 years, when the Democrats actually thought that the toll it might take on America would begin, our President and all Democrats will have had a chance to already be reelected?  Do you never question the wisdom and words of politicians?  All those good changes we keep hearing about could have been passed into law without government control over us all.

But the worst part about the announcement is that Obama tied it to his political agenda, i.e., a cap and trade scheme and subsidies for “clean energy.” Cap and trade is a a great big tax that will lead to $7.00 a gallon gas. Why would anyone want to do that? As one analyst described it, this is the “Tanya Harding approach” to energy policy.
Posted by Karen at 8:59 AM No comments: 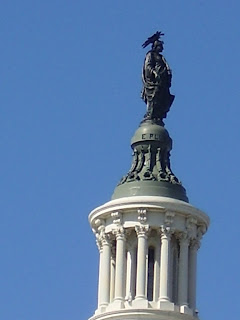 Andrew Thomas of the American Spectator asks: The question I have is, why did these congresspeople, including Emmanuel Cleaver (the alleged "spitee", who actually walked too close to a protester shouting "kill the bill" and got sprayed), Barney Frank, and Nancy Pelosi deliberately march into the demonstration and confront the Tea Partiers?  After all, wasn't it Nancy herself who said she was "frightened" by these supposedly violent people?  Is it possible that they wanted to provoke a reaction from the crowd to be used by the media to demonize the Tea Party movement (i.e., "Pick the target, freeze it, personalize it, and polarize it")?  Is it also possible that when there was nothing sufficiently provoked by the lawmakers' confrontation, they decided to fabricate it?  I believe their previous record of untruthfulness supports this hypothesis.
What do you suppose will be the next move by the Alinsky left?  There are a large number of Tea Party demonstrations scheduled around the country in April.  I don't believe there is any doubt that the left will step up their attempts to provoke a Tea Party incident that they can capture on video.  Even more likely, they will infiltrate demonstrations and create ugly incidents masquerading as Tea Party participants.  The progressive media, doing their part for the cause, will appear at more of these events for the sole purpose of broadcasting the "proof" of Tea Party racism and/or violence. 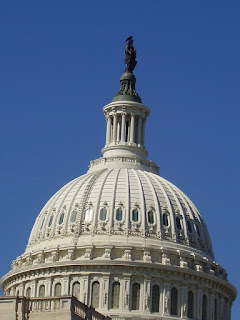 "What if new media transform legions of new activists into committed, effective political operatives, the sort who are willing to dig deep into their pockets to fund and into their time to organize for Republican candidates?
What if the companies demonized or assaulted by the president over the past few months, from insurance companies to doctors and medical device manufacturers, seize on the opportunity offered by the U.S. Supreme Court's recent Citizens United decision to strike back?
If even some of these things, much less all of them, come to pass, then Nov. 2, 2010, could be a day that lives long in American political history, a day about which books are written, and from which a new era in American politics is dated."


Andrew Breitbart, [who does not believe the charge that protesters were screaming the "N" word to Rep. Lewis as he walked to the Capitol to cast his health care vote], has offered to donate $100,000 to charity via Rep. John Lewis, D-GA, if anyone can provide video evidence that racial epiteths were dropped on Congressional Black Caucus members. Breitbart said the allegations were made as a way for the left -- abetted by the mainstream media -- to "marginalize" Tea Party supporters. [Videos of his walk have been posted, with only "Kill The Bill" being yelled.  In my view, this is an effective way to have hate crimes fomented against those who are peacefully disagreeing with their government - and I'm sure Nancy Pelosi would be against that!]