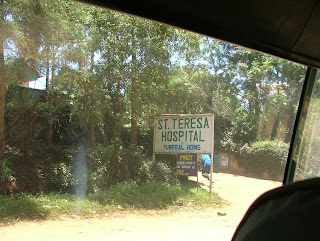 
On October 16, 1960 Soviet Premier Nikita Khrushchev spoke before the United Nations, proclaiming, prior to his return to the Soviet Union, that "the US would be defeated without a shot being fired". He stated that we would be taken over from within our own government. The radical left in America HAS infiltrated our schools, from elementary thru college, all the while inculcating our children with their hate America agenda. They have taught our children that Socialism is good, that the rich are demonic people who haven't really worked hard to achieve and must therefore share their wealth with those who won't work hard. Though Socialism has failed everywhere it has been tried, the number of people in America who think it is a good idea is soon going to be the majority - unless we the people can begin to stand up, shout out, and produce the kind of CHANGE we now need.

Sixty nine million people voted for America to be a communist nation in the 2008 election.


From Sheryl Gaye Stolberg of the NYT: President Obama delivered a fiery sermon to black America on Thursday night, warning black parents that they must accept their own responsibilities by “putting away the Xbox and putting our kids to bed at a reasonable hour,” and telling black children that growing up poor is no reason to get bad grades. “No one has written your destiny for you,” he said, directing his remarks to “all the other Barack Obamas out there” who might one day grow up to be president. “Your destiny is in your hands, and don’t you forget that. That’s what we have to teach all of our children! No excuses! No excuses!”

Mr. Obama spoke for 45 minutes to an audience of several thousand people, most of them black, , clad in tuxedos and ball gowns, who had gathered in a ballroom of the Hilton New York to celebrate the 100th anniversary of the National Association for the Advancement of Colored People. 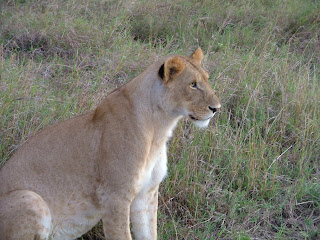 When we first saw the paragraph Tuesday, just after the 1,018-page document was released, we thought we surely must be misreading it. So we sought help from the House Ways and Means Committee.

It turns out we were right: The provision would indeed outlaw individual private coverage. Under the Orwellian header of "Protecting The Choice To Keep Current Coverage," the "Limitation On New Enrollment" section of the bill clearly states:

"Except as provided in this paragraph, the individual health insurance issuer offering such coverage does not enroll any individual in such coverage if the first effective date of coverage is on or after the first day" of the year the legislation becomes law.

So we can all keep our coverage, just as promised — with, of course, exceptions: Those who currently have private individual coverage won't be able to change it. Nor will those who leave a company to work for themselves be free to buy individual plans from private carriers.

The infection control partnership between Johns Hopkins University and the Michigan Health & Hospital Association is getting praise from federal officials, who are calling the program a "success story" and a national model for healthcare reform.

The Michigan Keystone ICU Project has reduced healthcare-associated infections in Michigan, saving more than 1,500 lives and $200 million in 18 months. HHS Secretary Kathleen Sebelius says Michigan Keystone ICU Project will serve as the first in a series of periodic "success story" reports that federal officials will issue to identify healthcare reform models from across the nation that are worth emulating.

[Now THIS is what our government should be doing about health care in America - highlighting, encouraging and congratulating PRIVATE sector solutions! The less the GOVERNMENT actually DOES, the better! As I touted on my sign for the Tea Party in my area: "Monstrous government takeover is not good for America!"

Excerpts of article by Philip Klein of the American Spectator:

Even as California struggles with a catastrophic fiscal crisis and other states scramble to avoid the same fate, Democrats in Washington are proposing health care measures that would add hundreds of billions of dollars of spending to state budgets via an expansion of Medicaid. The program, which covers about 40 million people now, would gain 15 million to 20 million new beneficiaries if Democrats get their way.

The Congressional Budget Office pegged the cost of such an expansion at $500 billion over 10 years, but the total cost is likely higher because the estimate only counts the projected burden on the federal government. Under the current arrangement, Washington picks up about 57 percent of the cost of Medicaid and states pay for 43 percent. While the latest draft of the bill by the Senate Health, Education, Labor and Pensions (HELP) Committee has the federal government subsidizing the Medicaid expansion for the first five years, after that, the burden will gradually shift back to the states.

By ABBY GOODNOUGH of the NYT, reporting on the great Democrat hope of a single payer, government health plan:

BOSTON — A hospital that serves thousands of indigent Massachusetts residents sued the state on Wednesday, charging that its costly universal health care law is forcing the hospital to cover too much of the expense of caring for the poor.

The hospital, Boston Medical Center, faces a $38 million deficit for the fiscal year ending in September, its first loss in five years. The suit says the hospital will lose more than $100 million next year because the state has lowered Medicaid reimbursement rates and stopped paying Boston Medical “reasonable costs” for treating other poor patients. The suit comes as Congress looks to Massachusetts as a potential model for overhauling the nation’s health care system. Even before the suit, the state’s fiscal crisis had cast doubts on the law’s sustainability.


Are you beginning to believe Nancy Pelosi when she condemns the CIA for lying to her about their activities? Guy Bensun's Media Blog of National Review Online points out: 1. Democrats are "furious" that the Bush administration didn't tell them about a never-instituted CIA plan to eliminate top terrorists, and want to use the CIA director's formal cancelation of the program last week as an opportunity to back up the speaker's reckless and slanderous claim that the CIA lies "all the time." 2. But the "secret" program in question was described by The Paper of Record (The New York Times) seven years ago, and contemporary reports on the matter include quotes from intelligence sources who say that Congress had "long been briefed" on the original presidential finding that spurred the abandoned CIA strategy. The full story can be found at http://media.nationalreview.com/post/?q=MGY3ZTUzODRiYWIyNDQ2Zjk3NjE2Nzg0NDQ3MTNmOTM=

In addition to that, former CIA director Michael Hayden told AP that he knows congressional leaders were briefed on the top-secret activities because he did the briefings himself, once every three months.

Just a reminder of one of the provisions in the current Cap and Trade bill: it will mandate new energy efficient windows, appliances and doors prior to selling our homes or borrowing against it's equity. And folks like those who confront and intimidate Americans while working for Acorn (well they HAVE changed their name, all the easier to deceive us) may be the ones who will be entering our homes to evaluate our compliance. That won't cost much, will it? And this wouldn't have anything to do with Obama's promise that his tax increases will only affect the top 5% of Americans, right?

As we descend deeper into Marxism, I am giving you the link to the article from Prava, the Russian newspaper, which I excerpted several months ago. It is worth reading: http://www.cnsnews.com/PUBLIC/content/article.aspx?RsrcID=48929

A U.S. Army Reserve major from Florida scheduled to report for deployment to Afghanistan within days has had his military orders revoked after arguing he should not be required to serve under a president who has not proven his eligibility for office.

It is high time, I guess, for Obama to prove that he is an American citizen, a simple enough thing to do. A judge has recently said that he WILL hear the lawsuit to determine if Barack Obama actually IS an American citizen if and when the legal paperwork is rewritten... Obama can do this in various ways: he can provide his college transcripts, which have been reported to prove that his scholarship was based the the fact that he was a foreign student; he can show us his Visa for the times long ago that he traveled the world, so that we can see his country of citizenship; he can refute his aunt and other relatives from Kenya who maintain that he was born there and then flown to Hawaii; he can show us his ORIGINAL birth certificate; or he can explain why he has paid nearly one million dollars to his attorneys to prevent any of this information from being documented. This ruling by the military just might open that door.... I am, however, waiting for the other shoe to drop from Obama's military.

And ending on a high note:

U.S. Rep. Mike Ross, D-Ark., a leader of fiscally conservative Blue-Dog House Democrats, said Wednesday that the House plan to overhaul the U.S. health-care system is losing support and will be stuck in committee without changes.

"Last time I checked, it takes seven Democrats to stop a bill in the Energy and Commerce Committee", one of the three committees considering the bill, Ross said following a House vote. "We had seven against it last Friday; we have 10 today."