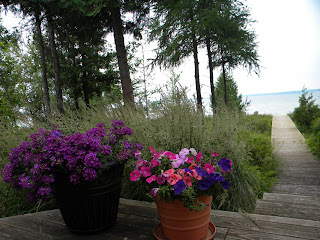 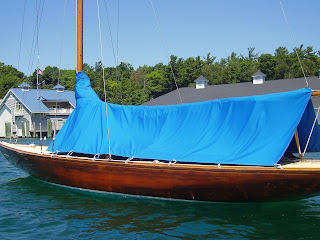 Consider these actions. If anyone during the 2008 had implied, or even speculated, that Obama was capable of anything of the sort, he'd have been dismissed as a demagogue, a hater, even a lunatic. But today, after his abandonment of the state of Tennessee (also wracked by flooding), his betrayal of the Georgians, his pulling the rug out from under the Poles and Czechs, his dragging and cold response to the Gulf blowout, his insults to the UK, the GOP, the Supreme Court, Benjamin Netanyahu, and the Dalai Lama, it scarcely raises a shrug. That's Obama. That's how he acts -- with arrogance, superciliousness, and indifference. We can search the entire roster of American presidents, and we will not find a match. This is not the behavior of an elected chief executive; it's the conduct of a divine right monarch, and a pretty inadequate one as well.
Conduct of this sort inevitably produces a reaction -- contempt from equals, and hatred from victims. Obama has created a lot of victims in eighteen months of power, and that reaction has been growing. http://www.americanthinker.com/2010/07/president_haters.html
-----------------------------------------------------------------------------------------------------------


The recess is scheduled to last five weeks, giving lawmakers facing tough reelections — including Reid — plenty of time to campaign. The House is scheduled to begin its recess on July 30.

Now, Mr. Soros has turned his attention to Michigan.  His group has made electing Michigan Democrat Jocelyn Benson one of its top priorities. https://mail.google.com/mail/?shva=1#inbox/129eadfe45129020

What is Fascism; Peggy Noonan Dislikes Obama's Youth; and Is it A Demand or Is It a Tax?

AIP News writes: Fascism is really no more than a system where government, through agreements with the private sector, controls virtually all property and income indirectly.

Prosperity and economic growth become the domain of government.  The philosophical aim is to eliminate recessions by eliminating robust growth -- the underlying philosophy being that if there is no boom, there will be no bust.  This system usually appeals to populations coming out of severe economic depressions and upheaval, as in pre-Nazi Germany during the period of the 1930s.
The problem with the system is obvious:  property-owning democracy must take a back seat to the interests of the state.  And, by blurring the distinction between the private sector and the public sector, individual liberty can often be conditioned on complicity with state aims, as manifested in the private sector sphere.  Why else would German companies like Degesch be willing to supply the infamous Zyclon-B for use in the extermination of their fellow men if not conditioned upon the continued viability of the company and all employees concerned?  Money talks, and when the state controls the powers of production directly or indirectly, it controls the livelihood of millions.  Human beings are capable of such immense evil in exchange for clothing and a full pantry.
Fascism is, however, correctly associated with tyranny since nations that employ the tenets of fascism almost always transition from a republican or parliamentary form of government to some sort of personality cult usually centered on an economic "savior."
President Obama has done just this.

Shortly after he claimed the right to fire the head of a private company, Obama realized he could claim the power to set wages in companies receiving bailout funds.  When these actions were successful, Obama realized he could then claim the power to set wages all across the economy, even venturing as far as attempting government mandates for company perks like private jets or club memberships.
Similarly, when it was clear Congress would not object to Obama claiming the power to declare martial law, in direct violation of historic statute, Obama then contended that, in the event Congress would not cooperate, he would merely rule by decree.  This give-and-take approach has been wildly successful as a means of overcoming major constitutional obstacles to acquisitions of power.
All of Obama's actions have highly fascist overtones.  The fusion of government and the private sector can be observed most clearly in the recent Chicago-style shakedown of BP, wherein Obama forced a private sector company to set up a $20 billion slush fund to be controlled by his team of czars, criminally exceeding his constitutional authority.  Only days after it was clear that this action would not be met with legal challenge, Obama succeeded in passing a financial overhaul bill granting him the authority to seize healthy firms if he deemed them to be at risk, outside of normal bankruptcy procedures which exist expressly for that purpose.  http://www.americanthinker.com/2010/07/american_jeopardy_what_is_fasc.html    [Scared yet?]
[This column reminds me that Obama's mantra is that, in his words, "recognizing that my fate remain tied up with their fates, that my individual salvation is not going to come about without a "collective salvation" for the country.   Unfortunately, I think that recognition requires that we make sacrifices and this country has not always been willing to make the sacrifices that are necessary to bring about a new day and a new age."  [In other words, he and his government must take wealth away from people in order to save people.  Words do mean something, as he says.  Billions of dollars of our money have for decades paid for those who have children in order to get more government hand-outs, for instance.  We are a generous nation, with our taxes and our donations.  It hasn't changed the outlook for those who will not use the free education they are given, who would rather have the government take care of them than go out and make a living, etc. The media were too enamored to inform the masses of what this man was saying and what his words would actually mean to our lives.  In this case "forewarned is forearmed" was overridden by "we want change and hope - and we don't care what kind."  Now we must have change - of an adult, America-loving
kind.] http://www.aipnews.com/talk/forums/thread-view.asp?tid=187
------------------------------------------------------------------------------------------------------------
Peggy Noonan [finally]writes:  All right, you know what I think people miss when they look at Washington and our political leadership? They miss old and august. They miss wise and weathered. They miss the presence of bruised and battered veterans of life who've absorbed its facts and lived to tell the tale.
This is a nation—a world—badly in need of adult supervision
Youth is supposed to bring vigor and vision. In general, however, I think we find in our modern political figures that what it really brings is need—for greatness, to be transformative, to leave a legacy. Such clamorous needs! How very boring they are, how puny and small, but how huge in their consequences.
What Mr. Obama needed the past 18 months was a wise man—more on that later—to offer counsel and perspective, a guy who just by walking into the room brings historical context.
Boring: that looks so good right now. Old, that looks so fresh, so new.
[I don't hate to say it - I told you so!  Where was this columnist when this view might have prevented an election of an empty suit to the White House?  She was singing the praises of this exciting man, at least after the election, that's where.  She lost her conservative mantle while worshiping at the feet of a man the media did not vet.]
----------------------------------------------------------------------------------------------------------------------------------
The New York Times reports:  WASHINGTON — When Congress required most Americans to obtain health insurance or pay a penalty, Democrats denied that they were creating a new tax. But in court, the Obama administration and its allies now defend the requirement as an exercise of the government’s “power to lay and collect taxes.”
And that power, they say, is even more sweeping than the federal power to regulate interstate commerce.[What a shock!]
----------------------------------------------------------------------------------------------------------------------------------
Posted by Karen at 8:40 AM No comments: