Global Warming and NASA - and the EPA 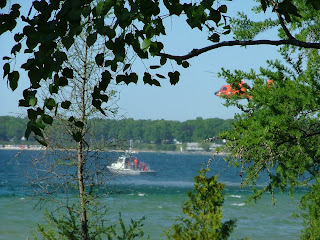 The contest, which ends May 17, will award $2,500 to the makers of the video that best explains why federal regulations are good and how ordinary citizens can become more involved in making regulations. The videos must be posted on YouTube and can be no more than 60-90 seconds in length.

Michelle Malkin rightly questions the timing of Obama administration’s supposed new toughness on Goldman Sachs (just months before the November elections). It’s clear that not only the Obama administration but the Gordon Brown government in the U.K. realize that average citizens overwhelmingly are disgusted with big, predatory banks and their practices and that both Brown and now Obama want to steal some of that fire to use it in upcoming elections. The Democrats are even trying to raise money off of their new found toughness as Malkin documents:While considering the current efforts to pass a new financial regulatory bill, think about the following:
Malkin  lists some of the top people in the Obama administration with deep ties to Goldman Sachs. They include:
*Gary Gensler, a Goldman Sachs partner who is Obama’s Commodity Futures Trading Commission head. Gensler is the guy who as a former Treasury official exempted the $58 trillion credit default market from oversight. Those financial instrumentals played a key role in the global economic downturn and led to billions of dollars in profits for banks like Goldman Sachs.
*Rahm Emanuel (see above), Mr. Sleeze personified who made millions as an investment banker.
*Mark Patterson, former lobbyist for Goldman Sachs who serves under Timothy Geithner as his top deputy and overseer of TARP bailout funds, $10 billion of which went to Goldman.
*Larry Summers, Obama’s chief economic adviser and head of the National Economic Counsel. Summers’s boss at Goldman was non other than Robert Rubin, former co-Chairman of Goldman and also former head of Citicorp (and I believe, the real POTUS while Obama is merely his spokesman). Summers has reaped nearly $2.8 million in speaking fees to banks and institutions he is now supposed to be regulating. Goldman Sachs paid him $135,000 for a single speech he gave in April, 2008, a very good investment repaid many times to Goldman.
*Timothy Geithner is also a Robert Rubin protoge. Geithner, of course, headed the New York Fed prior to the crisis and not only saw no storm clouds on the horizon, he also in 2008 ordered the bailed out AIG not to disclose its sweetheart payments to big banks including, you guessed it, Goldman Sachs.
But as good as Malkin’s article is, she doesn’t provide the full details of what has been called "Government Sachs". As of June, 2009, for instance, Goldman had more than 30 ex-government officials working as registered lobbyists including former Democratic House Majority Leader Richard Gephardt (D-Mo.) to represent its interests on issues related to TARP.
[I have to admit: it is mind-boggling to think that former Goldman Sachs employees and board members are so entrenched in this Administration.  And I must ask if maybe, since Goldman Sachs is being castigated for amoral actions, and perhaps legal ones as well, if any of these Obama Administration folks will be prosecuted for their actions while at GS.]
And there are others, according to seminal.firedoglake.com/diary/42475:
Stephen Friedman, Chairman of Obama’s Foreign Intelligence Advisory Board. According to Wikipedia, Friedman worked for much of his career with Goldman Sachs, holding numerous executive roles. He served as the company’s co-chief operating officer from 1987 to 1990, was the company’s co-chairman from 1990 to 1992, and the sole chairman from 1992 to 1994; he still serves on the company board.
Friedman was involved in controversy, as many of the Goldies have been in government service, involving his former employer. Wikipedia notes:


On May 7, 2009 Friedman resigned as Chairman of the Federal Reserve Bank of New York in response to criticism of his December 2008 purchase of $3 million of stock in Goldman Sachs.Friedman, who remains a member of Goldman Sachs’ board, came into violation of Federal Reserve policy when Goldman was converted to a bank holding company in September 2008, thereby placing it under the regulatory authority of the New York Fed. Friedman requested a waiver from this violation when the conversion occurred, which was granted roughly two and a half months later.


*Neel Kashkari, former Vice President of Goldman Sachs in San Francisco where he where he led Goldman’s Information Technology Security Investment Banking practice. Kashkari served under Treasury Secretary Paulson and was kept on by Obama after his inauguration for a limited period to work on TARP oversight.
*Diana Farrell, Diana Farrell is a Deputy Director of the National Economic Council in the administration of President Barack Obama. She formerly worked for Goldman Sachs in New York.
*Karen Kornbluh, sometimes called "Obama’s brain" is Obama’s Ambassador to the OECD. Kornbluh was Deputy Chief of Staff to Mr. Goldman Sachs, Robert Rubin.
*Adam Storch, who worked for Goldman Sachs for 5 years reaching the position of Vice President in the Business Intelligence Group , is Obama’s Managing Executive of the Security and Exchange Commission’s Division of Enforcement.
*Robert Hormats, the top economics official at Obama’s State Department, who spent the prior 27 years at Goldman Sachs, including as the Vice Chairman of Goldman’s international arm.
*Gene Sperling, prior to advising Timothy Geithner on bailouts, Sperling was paid the paltry sum of $887,727 by Goldman Sachs for one year of consulting work. Sperling, another acolyte of Robert Rubin’s raked in even more that year, according to William Grieder at the Nation:


[he was paid in addition] $480,051 as a director of the Philadelphia Stock Exchange, plus $250,000 for his quarterly briefings to two hedge funds, plus the speaking gigs [$158,000] (including an appearance before the Stanford Group in Houston subsequently charged with running a Ponzi scheme). Meantime, his day job at the Council on Foreign Relations paid $116,653. A busy, busy wonk. 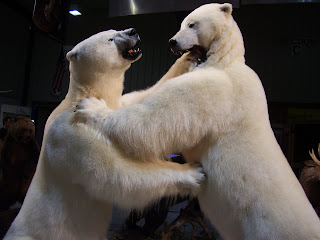 The fight is still on...and it's a fight worth having.

---------------------------
From Fox News: in response to Bill Clinton’s highly publicized linking of the Tea Party movement to the 1995 Oklahoma City bombing former Clinton adviser Dick Morris appeared on Sean Hannity's Fox Show disclosing that it was Clinton himself, and not Attorney General Janet Reno, who called the shots during the 1993 botched FBI action that led to the death of seventy-six people.

“Let’s understand what was Timothy McVeigh’s motivation …he himself had said that it was the reaction to the Waco takeover. Bill Clinton orchestrated that takeover.”

“Clinton in fact was so ashamed about what he did in Waco that he was not going to appoint Janet Reno to a second four-year term. She told him in a meeting right before the inauguration day … ‘If you don’t appoint me I’m going to tell the truth about Waco.’ And that forced Clinton’s hand … It’s never been said  before.”