DEPARTMENT of DEFENSE has now declared that "protests" (such as Tea Parties) are considered by them to be "Low Level Terrorist Threats"
What HAS this government come to? And when WILL we stand up and be counted??

Consumer Financial Product Safety Commission is the name for yet another new idea of Obama's. He wants to name this commission to oversee the credit card and mortgage industries, among others. "However, the commission could end up limiting consumer credit options and innovation just as the economy is beginning to rebound", said Bill Himpler, the executive vice president for government affairs of the American Financial Services Association, the trade association for the consumer credit industry. "The last thing we want to do is scare the consumer. And we're afraid that creating an agency that would put government in control of personal finances would undermine that confidence that seems to be being restored," he said.

Prior to watching the ABC Prime Time show from Obama's Whitehouse next Wednesday - know this:

In another arena, Obama now overtly and formally controls US network news, according to a writer in Canada who calls this a substantive sign of Tyranny. Following are her words.

Reminiscent of Orwell’s book 1984, soon all television broadcasts may carry Dictator in Chief Barack Hussein Obama and his message all of the time. Joining NBC (the New Barack Channel), ABC (the All Barack Channel) will now begin broadcasting from the White House. We assume CBS (perhaps the Central Barack Station?) will follow its betters soon and announce that it too will officially become an Obama mouthpiece. By the way, no opposing viewpoints will be carried or allowed. ABC also plans to run a free-to-Obama campaign promoting the dictator’s healthcare plan [this Thursday night]. Does anyone at all remember the name Hugo Chavez? Obama now overtly and formally controls US network news. This is a substantive sign of Tyranny.

And in the true spirit of his tyranny, Obama has been releasing at least one horrific piece of information almost each and every day—the latest being his control of the news. Tyrants release shocking information each and every day until the now-ruled member population becomes numbed to it. When the members (once know as “We-the-People”) become “numbed-down”, they become more compliant and are far easier to control. These members then begin the process of ignoring or denying the fact that they have become slaves to the tyrant. This is also a substantive sign of Tyranny. [Again, American needs to wake up!] 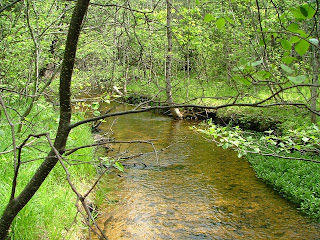 What law now gives Obama authority to buy General Motors? The White House says, when pressed, it is the Troubled Asset Relief Program. But that legislation was written specifically to allow the Treasury Department to purchase assets from “financial institutions.” It says nothing about buying auto companies. And where does the Constitution say the government can take ownership of an auto company, let alone at the individual initiative of a president who cannot point to a duly enacted law that clearly expresses the deliberated will of the people that he should have that power. [I add that a 39 yr. old who admits that he knows NOTHING about automobiles has been put in charge - by President Obama.]

Capturing the news this week is the fact that President Obama has fired AmeriCorps inspector general Gerald Walpin. Top executives at the corporation which runs Americorps were unhappy with his investigation into the misuse of AmeriCorps funds by Kevin Johnson, the former NBA star who is now mayor of Sacramento, California and a prominent supporter of President Obama.
President Obama’s options here are circumscribed by the Inspector-Generals Reform Act of 2007, which was co-sponsored by Sen. Barack Obama. The IGs are appointed by presidents but do not serve at the Chief Executive’s pleasure as do other presidential appointees. The AmeriCorps case illustrates why IG independence must be maintained. Walpin found that Johnson used about $850,000 of AmeriCorps funds for personal and political benefit. Johnson was not charged and the half of the grant money that was supposed to be returned under an agreement with the government has not been received. The key issue now is whether Congress will permit this latest illustration of what The Examiner’s Michael Barone calls Obama’s “gangster government". News comes today that there are also similar problems regarding the NYCU....and the ways in which government have been put to use at that institution.


Last week President Obama appointed yet another “czar” with massive government power, answering only to him. Even before this latest appointment, the top-ranking Democrat in the Senate, Robert Byrd, wrote President Obama a letter saying that these czars are unconstitutional. President Obama’s “czar strategy” is an unprecedented power grab centralizing authority in the White House, outside congressional oversight and in violation of the Constitution, said Byrd.
He criticized the president’s strategy of creating czars to manage important areas of national policy, saying that these appointments violate both the constitutional system of checks and balances and the constitutional separation of powers, and is a clear attempt to evade congressional oversight. [Didn’t this White House promise unprecedented transparency?]


The man behind the plan to bulldoze a wide area of depressed Flint, Michigan, in order to bring it back to some state of abundance, is Dan Kildee, the treasurer of Genesee County, Michigan. President Obama absorbed his vision and now believes that it would be a good thing for the FEDERAL GOVERNMENT to choose parts of 50 failing cities which he, or his next Czar, perhaps, would deem ripe for bulldozing. These cities include Detroit and Philadelphia. Big Brother is expanding his grasp of America...