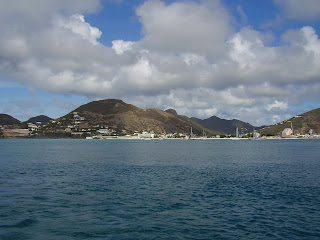 Oh My Gosh!!!!! With lightening speed, our House of Representatives has decided that the only sector of our economy which merits MORE bailout money is THEIR (OK - our) automobile industry. SO - several hours after learning that their first one billion dollars are gone, they have already approved $2BILLION dollars more for the "Cash for Clunkers" program. Are they afraid that this is the only way they can get us to buy those small cars we really don't want? I want a new computer to replace my 7 year old one, and I'm OLD, so aren't I deserving? OOPS! I almost forgot! If I'm OLD I probably don't need a new computer, cause I may not be here in another 7 years.... Or how about spending $3B to reduce everyone's mortgage loan balances - or maybe cutting $3B from our tax withholding - or allowing homes to be sold without having to pay capital gains taxes? Say! Wouldn't it be fun to be able to get some new clothes, so that retailers can make some money? Or how about a cash for workout facility dues, for that would make us all more healthy. Wouldn't that be more "fair", redistributing our taxpayer money to all of us who actually pay taxes, instead of only to those who want a new car, whether they need one or not? The Senate is still considering......
Posted by Karen at 2:20 PM No comments: 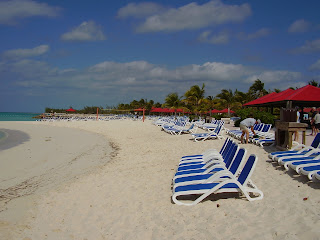 Ashley Herzog suggests that you need to read an article in the latest issue of Time magazine, titled “Summer School: What? No More Vacations?” If Obama’s Education Secretary Arne Duncan has his way, your kids will be in government schools eight hours a day, twelve months a year.

She writes: Liberals will no doubt portray this as another altruistic “Save the Children” plan, as well as a taxpayer-funded babysitting service for low-income women and moms who have better things to do than raise their own kids. (“Mom isn't waiting at home at 2:30 with a peanut-butter-and-jelly sandwich. That just doesn't happen in many American families anymore,” Duncan says in the article.) They’ll recite the pointless factoid that summer vacations are an outdated product of America’s farming culture. Its proponents were also clear about their larger goal. “Day care is a powerful institution,” Democrats Walter Mondale and John Brademas wrote to constituents in 1970. “A day care program that ministers to a child from six months to six years of age has over 8,000 hours to teach him values, fears, beliefs, and behaviors.” [Is it any wonder that in California, making home schooling illegal was attempted? In public school is where the indoctrination of our children begins: indoctrination into alternative life styles, wealth redistribution, anti-America sentiment, idolization of socialism, rewriting of our country's history, man-made global warming and others.]

More on the Healthcare bill:

"The most ominous of all are pages 424- 430 entitled "Advance Care Planning Consultations", which mandate periodic meetings for seniors with a government bureaucrat to determine how best to prepare for death. Page 429 allows the patient to list their preferences, but page 430 permits the state to "limit some or all" of the patient's requests. And it's all so cleverly packaged and sold by our charismatic president as a "caring, compassionate" approach to our health care problems. 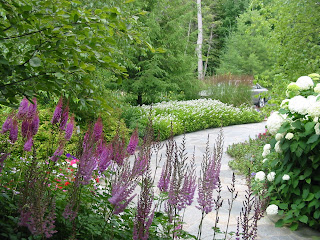 Family Security Matters has put together a list of frightening provisions in the Obama health care plan, including but not limited to : HC will be provided to ALL non US citizens, illegal or otherwise, Government will have real-time access to individual's finances and a National ID Healthcard will be issued!

PG 65 Sec 164 is a payoff subsidized plan for retirees and their families in Unions & community organizations (read: ACORN).

Pg 95 HC Bill Lines 8-18 The Government will use groups, i.e. ACORN & Americorps, to sign up individuals for Government HC plan.

Pg 195 HC Bill -officers & employees of HC Admin (the GOVERNMENT) will have access to ALL Americans' finances and personal records.

I have found no reason to believe these items are not true. I DID wade through the bill enough to pick up the following:

Straight from the pages of the healthcare bill, regarding our ability to keep our current healthcare insurance. , it is clear that if our circumstances change in any way, such as in getting a new job, the following will apply: DEFINED.—Subject to the succeeding provisions of
this section, for purposes of establishing acceptable coverage under this division, the term
‘‘grandfathered health insurance coverage’’ means individual health insurance
coverage that is offered and in force and effect before the LIMITATION ON NEW ENROLLMENT.—
(A) IN GENERAL.—Except as provided in this paragraph, the individual health insurance issuer offering such coverage does not enroll any individual in such coverage if the first effective date of coverage is on or after the first day of the beginning of this bill.

Those who have had to have a CHANGE in their insurance plan will then be FORCED into a government plan, thus slowly but surely taking people AWAY from the private plans, which will force them to eventually go under.... Now - how does this make you feel about how easy it is to keep our current insurance or to keep using private insurance? And does it help you to understand that in over 1000 pages, there ARE other provisions which are totally unacceptable? CaLL YOUR CONGRESSMEN! STOP THIS BILL!

`(a) In General- The Secretary shall, based upon the classifications and standardized methodologies and procedures developed by the Advisory Committee on Health Workforce Evaluation and Assessment under section 764(b)--

`(1) collect data on the health workforce (as defined in section 764(i)), disaggregated by field, discipline, and specialty, with respect to--

`(B) the diversity of health professionals (including with respect to race, ethnic background, and gender); and

`(C) the geographic distribution of health professionals; and