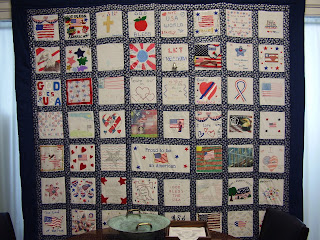 [The arrogant, mocking, totally unpresidential President, in Iowa, celebrating the passage of his health care bill]:  "There's been plenty of fear-mongering, plenty of overheated rhetoric. You turn on the news, you'll see the same folks are still shouting about there's going to be an end of the world because this bill passed. (Laughter.) I'm not exaggerating. Leaders of the Republican Party, they called the passage of this bill "Armageddon." (Laughter.) Armageddon. "End of freedom as we know it."
So after I signed the bill, I looked around to see if there any -- (laughter) -- asteroids falling or -- (applause) -- some cracks opening up in the Earth. (Laughter.) It turned out it was a nice day. (Laughter.) Birds were chirping. Folks were strolling down the Mall. People still have their doctors.  [Just give it some time...]

Scott Brown was discussing this speech while appearing on Good Morning America:  At a rally in Iowa on Thursday, Obama dared Republicans to try to repeal the new health reform law. "If they want to have that fight, I welcome that fight," Obama said. "My attitude? Go for it."
Brown told "GMA" the president's rhetoric is "inappropriate."
Posted by Karen at 8:21 AM 1 comment:

Sestak, Obama's View of the Constitution, Medicare Into Deficit This Year, John Dingell 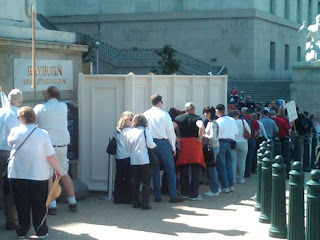 ObamaCare does not require coverage of children with pre-existing conditions until 2014, despite their talking-points to the contrary in the run-up to its passage.  [I will add that he also repeated his admitted lie that if we like our current health care plan, we can keep it.  Oops, he forgot to mention that this is  only if we don't get fired or find a new job.  As Nancy Pelosi said, "we will do whatever it takes...."]

New Taxes - And No Five Days to Read the Bill As Promised..... 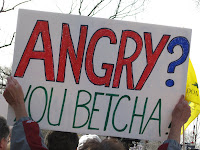 FLASHBACK: Obama promises 'public will have FIVE DAYS to look at every bill that lands on my desk'...
Uninsured: 'Going to be like Christmas... It's going to be great. You know, no worries about the bills'...
IBD: 20 Ways ObamaCare Will Take Away Freedoms...


"Tonight, at a time when the pundits said it was no longer possible, we rose above the weight of our politics. We pushed back on the undue influence of special interests."  [Is he talking about SEIU, the ACLU, AARP, ABA, Big Pharma, Insurance Companies, the Apollo Alliance, and the Tides Foundation?  Is he talking about the special interests of Nebraska, Florida, California, Louisiana and New York?  How about Alan Mollohan, who has had a pesky FBI investigation hanging over his head for a few years. Now, presto, right before the health care vote, it went away. The Justice Department, headed by Attorney General Eric Holder, announced that the FBI was closing the inquiry. Or how about the man whose brother was given a Judgeship?  Well, no - didn't' mean those special interests.  He means the Tea Party members, FreedomWorks, Taxandspendmustend, Code Red Join Patients First and others whose interest is the Constitution.]   "We didn't give in to mistrust or to cynicism or to fear. Instead, we proved that we are still a people capable of doing big things and tackling our biggest challenges. We proved that this government -- a government of the people and by the people -- still works for the people." [ But - government for and by which people?  It's important for us to understand just for which people this bill actually works, and for whom it doesn't work.  It interests me that fully one third of Americans either pay no taxes, or get money back for not making enough to pay taxes.  Do we suppose that perhaps those who actually PAY taxes have a better sense of what paying taxes means, and care more about our country's deficits? As one of the new beneficiaries said yesterday:  "It's going to be like Christmas!"]

NO NEW TAXES?  TRY THESE:


The bill also would increase the Medicare payroll tax by 0.9 percentage point to 2.35 percent on wages above $200,000 for individuals and $250,000 for married couples filing jointly.


The 40 percent tax on health benefits would be delayed until 2018 and would apply only to premiums exceeding $10,200 a year for individuals and $27,500 for families.
Democrats argue that high-income families fared well under tax cuts enacted in the past decade, so it's time to pay up. Republicans argue that many of those taxpayers are small business owners struggling to stay afloat.


Under the new health care bill, married couples with combined incomes approaching $250,000 would have to keep tabs on their spouses' pay to avoid an unexpected tax bill. Those with investments would have to pay even more attention to the income they earn from interest, dividends and capital gains.


Unless they are very conscientious folks who constantly monitor their income tax withholding, they're going to have quite a surprise when they go to file their income taxes," said Jeffrey L. Kummer, director of tax policy at Deloitte Tax LLP.


The new Medicare taxes would raise an estimated $210 billion over the next decade. The new tax on investments would be on top of capital gains and dividends tax increases already proposed by Obama. The president wants to increase the top tax rate on capital gains and dividends from 15 percent to 20 percent. If Congress goes along, the new top rate would be 23.8 percent in 2013, when the health care taxes kick in.


-- A fee on the makers and importers of brand-name drugs, $27 billion.


-- An excise tax on the makers and importers of certain medical devices, $20 billion.


-- The repeal of a tax loophole that could allow paper manufacturers to get tax credits for generating alternative fuel in the paper making process, $24 billion.


---a possible end to the income tax exclusion for employer-paid health benefits.


The IRS will be the agency in charge of compliance in purchasing insurance or paying fines......collecting and enforcing mandatory "premiums".  So much for smaller government.]
Boustany said the bill, allocating $10 billion to pay for 16,500 new government jobs in the IRS, would allow the IRS to confiscate refunds if there are penalties for not buying health care.

Taxpayers could be required to buy insurance under President Barack Obama’s reform proposal by 2014 or face penalties of roughly $325 per individual that the IRS would collect. [Gee, shall I pay the fine, or pay thousands of dollars for insurance?  I think I might choose to go without insurance, especially now that pre-existing conditions are a-okay.  So, let's follow this trend.  Fewer people actually get insurance until they get sick or injured.  Insurance companies are forced to take a pool of customers who have a 100% risk, so they must increase premiums to everyone else or go out of business.  Oh, perhaps that is the ultimate plan, just as has actually been stated by this administration?  The Cloward and Piven strategy works so well!  Now we will all have our hands out to the government, completing the move to Socialism, and to perpetual votes for the Democrat Party.]
---------------------------------------------------------------------------------------------------------------------------------
President Obama starts a victory lap on health care Tuesday, signing it into law at a White House lawn party - and hitting the road to sell it to the American people. That may be the tough part. A national CNN poll last night found Americans opposed the bill 59% to 39%
[Does anyone else find it interesting that about 40% of Americans either pay no taxes or pay very little?   The Tax Foundation reports: Despite the charges of critics that the tax cuts enacted in 2001, 2003 and 2004 favored the “rich,” these cuts actually reduced the tax burden of low- and middle-income taxpayers and shifted the tax burden onto wealthier taxpayers. Tax Foundation economists estimate that for tax year 2004, a record 42.5 million Americans who filed a tax return (one-third of the 131 million returns filed last year) had no tax liability after they took advantage of their credits and deductions. Millions more paid next to nothing.  In addition to these non-payers, roughly 15 million individuals and families earned some income last year but not enough to be required to file a tax return. When these non-filers are added to the non-payers, they add up to 57.5 million income-earning people who will be paying no income taxes. 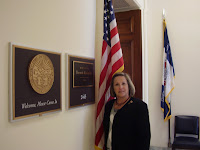 From American Thinker's Matt Patterson:  "In November 2008, Americans elected a socialist as their president.  In March 2010, they woke up stunned to find themselves living in a socialist country.
Where were you when the Republic died?  Health insurers - once private companies - are now organs of the federal government.  Every citizen is a ward of the state, which can now compel you to have insurance; punish you if you don't; determine if your insurance is acceptable; punish you if it isn't.  Thousands of new federal bureaucrats will soon spill from the D.C. Beltway and flood the country, scrutinizing our finances to verify compliance with this new law.

A government that grants itself this kind of power over us can conceivably do anything to us.  For our own good, of course.   Such a country is in no meaningful sense "free."

And this is only the beginning.  Liberals are salivating in contemplation of all the fanciful window trimmings that can in the future be hung from this legislative framework.  Public option will soon appear as prelude to single payer, as was the intent all along.  Soon, Americans won't even have the illusion of a choice - the government will move from subsidizer to provider, and it will be the only game in town. [The Cloward and Piven strategy is working well.]
In 1776, the American Republic boldly announced its birth with the Declaration of Independence.  In 2010, it quietly expired with a declaration of dependence - on government, on entitlement, and on the Democratic party."  For full article: http://www.americanthinker.com/2010/03/where_were_you_when_the_republ.html
Posted by Karen at 9:16 AM No comments: