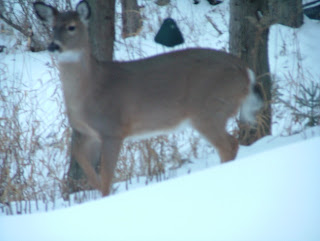 Following is my column in the Traverse City Examiner online newspaper:    http://www.examiner.com/conservative-in-traverse-city/senator-stabenow-begins-to-read-the-obamacare-bill
I read with interest the item in the Detroit News about Stabenow's push to repeal the 1099 requirement which is part of Obamacare.  She has obviously read at least this part of the bill by now, and also has obviously been hearing from her constituents about the exteme time and expenses involved in this one method Obamacare sought to rake in more money to pay for the program.

From The Detroit News: http://detnews.com/article/20110120/POLITICS03/101200482/Stabenow--Repeal-business-expenditure-rule-in-health-care-overhaul#ixzz1BmUbQdUo
I wonder when she might read about and reconsider the fact that in order for the CBO to say the law will save money, we taxpayers now are taxed on Obamacare for 4 years before we begin getting it.  I wonder what she might have to say about the fact that if waivers have been given to over 200 of Obama's favored companines, mostly those with large unions, then those who don't get the waivers are being unfairly treated.  Has your company applied for a waiver?  And why wouldn't you? The laws are not supposed to favor just one group of people after all.
Finally, I would like Ms.Stabenow to consider, since Obamacare is supposed to be so wonderful, having the entire government accept Obamacare for themselves as well as for all of us regular citizens who demanded that it not be enacted.
-------------------------------------------------------------------------------------------------------------Daily Caller reveals: A longtime ACORN operative is about to take over the reins of the Democratic National Committee as its executive director – just in time to begin initial preparations for President Obama’s 2012 reelection campaign.
The activist in question is Patrick Gaspard. He currently holds the title of White House political affairs director, the same title Karl Rove held in President Bush’s administration.
Gaspard comes from the same world of radical left-wing community organizing that shaped Barack Obama. Gaspard is well schooled in the brutal, street-smart organizing tactics taught by the late Saul Alinsky, author of Rules for Radicals. He’s the hatchet man Obama sent to New York over a year ago to strong-arm then-Gov. David Paterson into dropping his reelection campaign. As executive director running the DNC’s day-to-day operations Gaspard will oversee Organizing for America, a project of the DNC supposedly modeled on Alinskyite organizing principles. (Former Virginia Gov. Tim Kaine will remain as general chairman of the DNC.)

Even TV critic Tim Goodman was unimpressed with the theatrics as he noted in his Tuesday review "Harry's Law is a Crime Against Good Television":