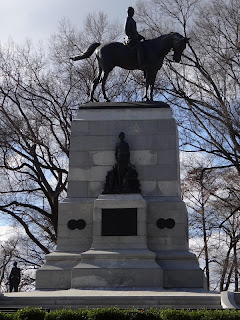 PJTV reports: Obama announced the creation of Gen44 (as in 44th President), a youth organization devoted to the reelection of President Obama. Are young voters suckers, or will they reject Obama's egomaniacal youth movement? Find out. [New ways to organize]  http://www.pjtv.com/?cmd=mpg&mpid=105&load=6789 [We can be proud member of Gen44 - Ronald Reagan!]


Obama's law: 'it's judicial empathy if the Supreme Court agrees with me, judicial activism if it does not' http://blogs.telegraph.co.uk/news/timstanley/100148828/obamas-law-its-judicial-empathy-if-the-supreme-court-agrees-with-me-judicial-activism-if-it-does-not/

Out of ten years’ records of the Immigration and Naturalization Service cards filled out by passengers arriving on international flights of the Untied States, only one week is missing frm the National Archives in Washington, D.C., – the week of Barack Hussein Obama’s birth, and nobody seems to know where they went. The investigation report reads, “to date, investigators have not been able to locate the relevant airline passenger flight manifists for 1961.”

Hollywood film producer Bettina Viviano and Hollywood-based digital photographer Michele Thomas have given Arpaio’s investigators the names of dozens of Hillary Clinton supporters willing to come forward with evidence and affidavits. Among their claims is that the Clintons were the first to charge Obama is not a natural born citizen as required by Article 2,Section 1 of the Constitution and that his birth certificate is a forgery. http://www.exposeobama.com/2012/04/04/forgerygate-sheriff-joe-expands-obama-probe-to-hillary-supporters/