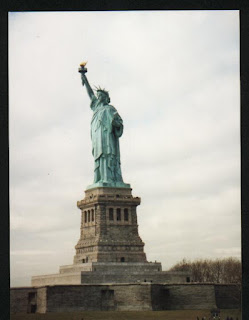 Minute Man PAC reports: The Cold Case Posse was assembled by Sheriff Joe after hundreds of constituents expressed the fear that Obama’s name was being put on the 2012 election ballot in Arizona using a fraudulent document. And as part of their investigation to debunk speculation that Obama was actually born in Kenya, they checked to determine whether a young mother arrived in the United States from Kenya shortly after Obama’s reported Aug. 4, 1961 date of birth. The only problem: THE RECORDS ARE MISSING.

Out of ten years’ records of the Immigration and Naturalization Service cards filled out by passengers arriving on international flights of the Untied States, only one week is missing from the National Archives in Washington, D.C., – the week of Barack Hussein Obama’s birth, and nobody seems to know where they went. The investigation report reads, “to date, investigators have not been able to locate the relevant airline passenger flight manifests for 1961.”


Breitbart reports: James O’Keefe’s Project Veritas has released a new video exposing just how easy it is to commit voter fraud in Vermont.

Yes, the sounds are there. We just don't listen. We only hear (or see) what we want. As the country gasps for clarity of purpose, we the people figure someone or something else will come along and fix the problems for us. I don't think so. The warning signs have been there for a long time. A very long time. It is my humble opinion that, during these turbulent times, we find ourselves in the dilemma of our lifetimes. As a country we have been either asleep or just too comfortable in our own cocoons to realize the depth of our plight.
An event took place in 2008 that changed the world we live in. It changed the face of America, it changed the direction of our moral values, it changed how we view the future and how we see ourselves as human beings and it changed the make up of our basic freedoms that we so irreverently tossed aside for entitlement freebies and empty promises by the engineers at the helm.
It's in our DNA. The sad part is we have to get to the point of losing everything before we stand tall and state unequivocally, "No more. Stop the madness. Stop it now!"
The event I speak of, of course, was the presidential election of 2008. We put a man in office, a man not really qualified to be a dog catcher, much less the most powerful man in the world. We refused to listen to what he was saying. We missed the first gasp of incredulity when he promised to transform America. Oh, we bought into the cliched slogans of "hope and change." We liked his smile, his ability to read from a teleprompter, his super-friendly demeanor and his charismatic oratorical skills. Yeah, we jumped in with both feet thinking the country would show the world we had found our mojo and racism was gone forever.
Once again, our ears failed us. Our eyes failed us. We failed to hear that horrific sucking sound of our falling into the vortex of calm voices pushing us ever so gently but with assured and deft platitudes, into the hell of our own making.
Or will we stand up to the forces of promises of easy living and more and more entitlements? It won't be easy, but it is necessary, or we won't live in the America we grew up in.
Yes, there is a price to pay for the greatness of America. Are we and will we stand up to the task and be willing to carry our portion of that burden? It is my fervent and continued prayer that we will find the resolve, the strength, the willingness and the love of country enough to make a difference.
[As for Andrew Breitbart:] We cannot allow his passing to be just a closing of another chapter in the fortunes of America. We must carry his part of the burden he was so willing to share for all of us.  [There is much more for those who wish to read the full article.] http://www.breitbart.com/Big-Hollywood/2012/03/13/oscar-winning-producer-slams-obama-salutes-breitbart
----------------------------------------------------------------------------------------------------------
Townhall reports: The full video was only found after Harvard Professor Charles Ogletree, an Obama campaign advisor, showed it in one of his classes. He proceeded to inform the audience that "we hid this throughout the 2008 campaign," but that he didn't care if people found out about it now.
So what's the relevance? The relevance is that Derrick Bell was a massive racial radical. He was the father of a fringe legal theory called the critical race theory, which states first that racial discrimination can never be eliminated; and second, that the constitutional and legal system is based on racism -- loaded with it -- and is therefore uncorrectable. http://townhall.com/columnists/benshapiro/2012/03/14/why_the_bellobama_connection_matters/page/full/
-------------------------------------------------------------------------------------------------------------
American Thinker writes: President Obama knows that every public statement he makes is recorded and lives forever on the internet.  That is cause for serious worry.  The best campaign ad to run against Obama is one that uses his own words -- and those of the officials he has empowered -- against him.  When it comes to high gasoline prices, this is a target-rich environment.
But there is a delicious irony in taking advantage of Obama's Obama Obsession.  He has been so busy bloviating over the last few years, so eager to display his omniscience when it comes to energy, that there is plenty of visual material to cull from the public domain that can and will be used against him as the campaign season rolls on, if the GOP has any brains.  Call it divine justice that the man who seemingly can never stop talking can be hoisted on his own petard.


Weekly Standard reports [One more Obama Job Destroying Bill]: Tomorrow, the Institute for Justice (IJ) will file a lawsuit against perhaps the most hated of all federal agencies—the Internal Revenue Service (IRS).

On Thursday, The Daily Caller reported that the Alabama Democratic Party had scrubbed its website of an announcement for its upcoming fundraiser headlined by Maher. http://www.politico.com/blogs/media/2012/03/axelrod-bails-on-bill-maher-117387.html

Washington Examiner reports: Vice President Joe Biden addressed 87 wealthy Democrats last night attending a fundraiser at the home of Sen. John Kerry in Georgetown. As they dined on grass-fed New York strip steaks and white truffle mashed potatos underneath a outdoor tent, Biden criticized Republicans for being out of touch.