Some unions workers support MI right-to-work law; Biden warns unions who vote Republican are "on their own, Jack!"; Atlanta educators falsified standardized tests; New South Wales police can now demand removal of burqas;Alabama requires use of E-Verify as illegal immigration is up 325%; Obama administration holds first secret detainee; CA to require social studies curriculum to include contributions of gays; Israel to disallow pro-Palestinian via airports; The Audacity of Hope ship 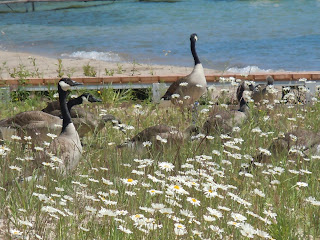 The state government approved the move late on Monday after the high-profile recent case of a Muslim woman being acquitted when a judge ruled she could not be positively identified because was wearing a burqa.

Floyd Reports: Last month, Alabama Governor Robert Bentley signed legislation (HB 56) that requires the use of E-Verify by all state employers. The law also gives Alabama some of the country’s strongest illegal-immigration enforcement tools.
Over the last decade, illegal immigration has increased in Alabama by 325 percent.
In a statement that underlines how over-immigration hurts American workers State Senator Scott Beason, a HB 56 cosponsor, said, “This is a jobs bill. We have a problem with an illegal workforce that displaces Alabama workers. We need to put those people back to work. That’s the No.1 priority.”

Other features of HB 56 will create misdemeanors for hiring day-laborers when Americans are available, failing to carry an alien registration card, producing fake ID and aiding and abetting illegal immigrants. It also will ban illegal aliens from attending state universities and colleges as well as prohibit sanctuary city policies.
In an effort to determine what the exact costs are of education for illegal alien children, HB 56 requires elementary and secondary schools to request a birth certificate for all enrolling students. That provision will enable Alabama to determine whether such minors were born outside of the U.S. or are children of illegal aliens requiring English-as-a-Second-language classes. http://floydreports.com/another-republican-governor-does-something-about-illegals/


The LA Times reports: Ahmed Abdulkadir Warsame, a Somali, is the first detainee known to have been secretly held by the Obama administration outside the criminal justice system. A Somali militant linked to Al Qaeda was held and interrogated for two months on a U.S. Navy ship — the first publicly known example of the Obama administration secretly detaining a new terrorism suspect outside the criminal justice system.  http://www.latimes.com/news/nationworld/nation/la-na-somali-detainee-20110706,0,5686806.story

The Washington Examiner reports: California lawmakers on Tuesday sent the governor a bill that would make the state the first requiring public schools to include the contributions of gays and lesbians in social studies curriculum. http://washingtonexaminer.com/news/2011/07/landmark-gay-history-bill-goes-calif-governor

Haaretz.com reports: The hundreds of pro-Palestinian activists who plan to try to enter Israel by air as a counterpart to the planned flotilla to the Gaza Strip won't be allowed into the country, Public Security Minister Yitzhak Aharonovitch said Tuesday. http://www.haaretz.com/print-edition/news/hundreds-of-pro-palestinian-activists-planning-to-fly-to-israel-as-counterpart-to-gaza-flotilla-1.371641