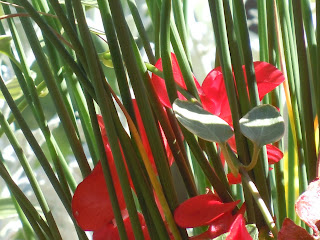 Floyd Reports opines: The chief congressional investigators of Operation Fast and Furious released explosive testimony from the director of the Bureau of Alcohol, Tobacco, Firearms, and Explosives (ATF) that they say indicates the Obama administration tried to stonewall Congress, deny witnesses the ability to testify freely, and fire employees who refused to conceal damning information. According to acting ATF Director Kenneth Melson not only did the Justice Department play fast-and-loose with Fast and Furious, but other government agencies may have known – and funded – the straw purchasers the ATF program was designed to catch. The agency’s investigation, which has resulted in at least two deaths, may have been entirely unnecessary.
Scorn on the Fourth of July
Congressman Darrell Issa and Sen. Charles Grassley sent a joint letter to Attorney General Eric Holder yesterday, revealing that Melson gave a transcribed interview on the Fourth of July, with only his personal lawyer present. The news must have come as a shock to Holder. Melson’s testimony had been scheduled to take place July 13, with Melson’s counsel and Obama administration lawyers from the DoJ and ATF taking part.
According to the letter, Melson testified that the administration had not informed him of his legal right “to attend a voluntary interview with [his] own lawyer… rather than participate with counsel representing the Department’s interests.”
Justice Department officials directed them not to respond and took full control of replying to briefing and document requests from Congress. The result is that Congress only got the parts of the story that the Department wanted us to hear.
Catherine Papoi of the Department of Homeland Security. Papoi testified that Obama officials are “breaking the law by knowingly and intentionally delaying and obstructing the release of agency records” after Freedom of Information Act (FOIA) requests. http://floydreports.com/whistleblower-testifies-obama-obstructed-fast-and-furious-investigation/
------------------------------------------------------------------------------------------------------------
The New York Post quotes more from the letter to Obama from Congress: "It is one thing to argue that the ends justify the means in an attempt to defend a policy that puts building a big case ahead of stopping known criminals from getting guns. Yet it is a much more serious matter to conceal from Congress the possible involvement of other agencies in identifying and maybe even working with the same criminals that Operation Fast and Furious was trying to identify."
Law-abiding gun owners and dealers think they already know [what the purpose might be of having this failed program]. With the Obama administration wedded to the fiction that 90 percent of the guns Mexican cartels use originate here -- they don't -- many suspect that "Fast and Furious" was a backdoor attempt to smear domestic gun aficionados as part of its stealth efforts on gun control by executive fiat.
"I just want you to know that we're working on it," Obama was quoted as saying to gun-control advocate Sarah Brady in March. "We have to go through a few processes, but under the radar."
Unfortunately for the administration, this one's out in the open now.

Daily Caller writes: Much has been made of President Barack Obama’s repeated demonizing of corporate jets and the people who fly on them in his June 29th press conference.

Aircraft Owners and Pilots Association (AOPO) President Craig Fuller told The Daily Caller that Obama’s comments have cast a pall over the industry, causing many who were considering buying a plane to back away from making a purchase.
“The industry has suffered terribly in the last two and a half years and it has just started to recover. Most of the signs were starting to look good,” said Fuller. “We are so angry as an industry and we have all come together to try to bring a more fair and balanced description to the debate.”  [Contrary to what our President repeatedly says, he is most effective when killing jobs, not creating them.]