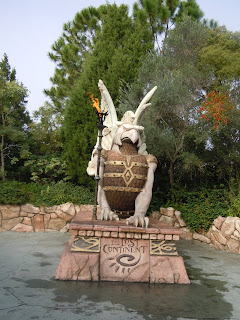 I would be remiss if I didn't remind everybody that next week we are going to hear from the Obama administration wanting another $500 billion. Outside of this, they are going to want another $500 billion to handle the banking system.
Until we treat the real disease, this is pure waste. It is worse than pure waste. It is morally reprehensible, because it steals the future of the next two generations.

[He then read some of the particulars of the bill, which I have abbreviated:]
1) $2 billion in this bill to build a coal plant with zero emissions. That would be great, maybe, if we had the technology, but the greatest brains in the world sitting at MIT say we don't have the technology yet to do that.
2) We eliminated tonight a $246 million payback for the large movie studios in Hollywood .

3) $88 Million to study whether we ought to buy a new ice breaker for the Coast Guard.
4) $448 million to build the Department of Homeland Security a new building. We have $1.3 trillion worth of empty buildings right now, and because it has been blocked in Congress we can't sell them, we can't raze them, we can't do anything, but we are going to spend money on a new building here in Washington ..
5) $248 million for new furniture for that building.
6) $600 million worth of hybrid vehicles for Federal employees
7) $400 million to prevent STDs ..
8) $1.4 billion for rural waste disposal programs
9) $150 million for a Smithsonian museum
10) $1 billion for the 2010 census? So everybody knows, the census is so poorly managed that the census this year is going to cost twice what it cost 10 years ago, and we wasted $800 million on a contract because it was no-bid that didn't perform. Nobody got fired, no competitive bidding, and we blew $800 million.
11) $75 million for smoking cessation activities.
12) $200 million for public computer centers at community colleges
13) $10 million to inspect canals in urban areas, putting 10 or 15 people to work.
14) $6 billion to turn Federal buildings into green buildings.
15) $500 million for State and local fire stations? Where do you find in the Constitution us paying for local fire stations within our realm of prerogatives?
16) $1.2 billion for youth activities.
17) $88 million for renovating the public health service building
18) $412 million for CDC buildings and property.
19) $850 million for that most "efficient'' Amtrak that hasn't made any money since 1976 and continues to have $2 billion or $3 billion a year in subsidies
20) $75 million to construct a new "security training'' facility for State Department security officers, and we have four other facilities already available to train them.
21) $200 million in funding for a lease-not buying, but a lease of alternative energy vehicles on military installations
22) We are going to bail out the States on Medicaid. Total all of the health programs in this, and we are going to transfer $150 billion out of the private sector and we are going to move it to the Federal Government.
23) We are going to eliminate fees on loans from the Small Business Administration.
24) $160 million to the Job Corps Program to construct or repair buildings.
25) $524 million for information technology upgrades that the Appropriations Committee claims will create 388 jobs. If you do the math on that, that is $1.5 million a job.
26) $79 billion in additional money for the States, a "slush fund,'' to bail out States and provide millions of dollars for education costs.
27) $47 billion for a variety of energy programs that are primarily focused on renewable energy.

Let me conclude by saying we are at a seminal moment in our country. We will either start living within the confines of realism and responsibility or we will blow it and we will create the downfall of the greatest Nation that ever lived.