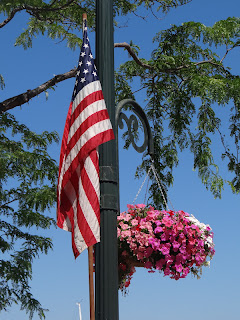 
[DO we really expect the mainstream media to cover this - or will they just keep up attacks on Akin?] Minnesota House DFL minority leader Paul Thissen is calling for Duluth Rep. Kerry Gauthier to end his campaign for reelection to the Minnesota legislature after his sexual encounter last month at an interstate rest stop.
Gauthier, a Democrat, was questioned by police on the evening of July 22 at the Thompson Hill rest area off Interstate 35, where he met a 17-year-old boy for sex.
The two arranged the meeting on Craigslist, and the teen admitted he had told Gauthier he was 18 when responding to the post from the 56-year-old state lawmaker. The age of consent in Minnesota is 16.
No charges were filed against Rep. Gauthier, but his DFL colleagues are clearly disappointed. http://campaigntrailreport.com/2012/08/21/minnesota-democrat-caught-in-oral-sex-tryst-with-17-year-old-boy-at-rest-area


“I was arrested at the rally for, “offending Islam” by walking in a PUBLIC park with my dog. Apparently, Muslims do not like dogs. I was warned by a few demonstrators not to go near them. Of course I ignored them and reminded them this is Canada, not Pakistan. Well I was assaulted and returned the favor in kind.
At that point I was jumped by four COPS, dragged off and hand cuffed. Oh my the police were so angry! They said I was, “insensitive” and “inciting a riot”. 30 minutes later they cut me a big deal. No charges if I left. So I left. Imagine this happening in Canada? http://www.libertynews.com/2012/08/20/canadian-arrested-after-muslims-assault-him-for-walking-a-dog-near-them/