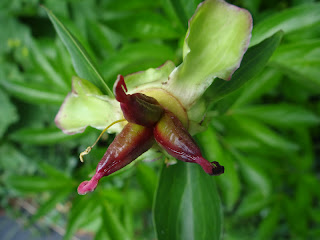 The Department of Justice (DOJ) refuses to explain why it has abruptly dropped terrorism charges against a member of a Middle Eastern family indicted in south Florida last year with providing material support for the Pakistani Taliban.

Khan founded an Islamic school that supports the Taliban’s jihad while living in Pakistan and continued controlling and funding it as an imam in Miami, according to a federal indictment. He used the school to provide shelter and support for Taliban soldiers and to train children how to kill Americans in Afghanistan, the indictment says. The rest of the family helped create a network that flowed money from the U.S. to Pakistan to purchase guns for the Taliban, according to the feds.
The story made headlines nationally because the FBI raided the mosque with terrorist ties in a manner that assured cultural sensitivity towards Islam. Federal agents actually waited for prayer service to end before moving in out of respect for Muslims and they took their shoes off prior to entering the mosque as per Islamic tradition. It made for “kindlier, gentler arrests,” under the Obama Administration’s new rules of engagement to assure more sensitivity toward religious practices. http://weaselzippers.us/2012/06/19/doj-secretly-drops-terrorism-charges-in-case-against-florida-muslims-indicted-for-aiding-pakistani-taliban/
--------------------------------------------------------------------------------------------------------------
A new biography of Barack Obama has established that his grandfather was not, as is related in the President’s own memoir, detained by the British in Kenya and found that claims that he was tortured were a fabrication.
'Barack Obama: The Story' by David Maraniss catalogues dozens of instances in which Obama deviated significantly from the truth in his book 'Dreams from My Father: A Story of Race and Inheritance'. The 641-page book punctures the carefully-crafted narrative of Obama’s life.
One of the enduring myths of Obama’s ancestry is that his paternal grandfather Hussein Onyango Obama, who served as a cook in the British Army, was imprisoned in 1949 by the British for helping the anti-colonial Mau Mau rebels and held for several months.