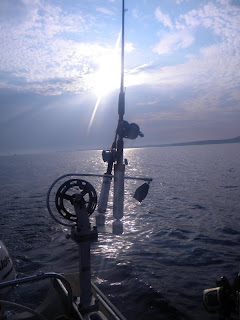 Expose Obama wrote: Three years ago, many well-meaning Americans suspended concerns about Barack Obama's experience, judgment, and associations in order to vote for an "historic" president. To paraphrase H.L. Mencken, they got one -- good and hard. Friday night, for the first time in history, Standard & Poor's downgraded the U.S. credit rating from AAA to AA+. The United States earned the top rating the moment such rankings began in 1917 -- which means we maintained our AAA rating through the Great Depression, stagflation, malaise, and the 1982 recession. Thirty months of Barack Obama, and it is gone for the first time in history. Change we can believe in! http://www.exposeobama.com/2011/08/06/u-s-credit-downgrade-another-obama-first/?utm_source=Expose+Obama&utm_campaign=0d78238f0f-EO_08_05_20118_6_2011&utm_medium=email

Reuters reports: Sources familiar with talks that took place between S&;P and the U.S. Treasury on Friday afternoon said the rating agency had wanted to see $4 trillion sliced from future budgets as part of a hard-fought deal secured earlier this week to lift the nation's debt limit. That agreement would reduce deficits by $2.1 trillion over 10 years. http://www.reuters.com/article/2011/08/06/us-usa-ratings-sp-sources-idUSTRE7750IM20110806

The UK Telegraph weighs in: The decision by credit agency Standard and Poor’s to downgrade America’s AAA credit rating for the first time in 70 years is a massive blow to the credibility of the Obama administration, and a damning indictment of its handling of the economy. No doubt the White House will pathetically try to blame the Bush Administration, Republicans in Congress, and of course its favourite target, the Tea Party, for the move by S&P. But without a shadow of a doubt, responsibility for the country’s financial mess and staggering levels of debt lie with the current US president and his administration.  http://blogs.telegraph.co.uk/news/nilegardiner/100099762/america%E2%80%99s-debt-downgrade-is-a-damning-indictment-of-president-obama%E2%80%99s-big-government-disaster/


Human Events reports on Grover Norquist's statement:  I suggested that we could learn from the success or failure of the 50 states—some of which had recently refused to increase taxes and in fact demanded spending restraint.  Florida and Texas have focused on spending restraint without tax hikes for the past decade, and California, Illinois and Connecticut have increased spending and taxes.  How are they doing?  Since the 2010 election, Wisconsin, Pennsylvania, Ohio, Michigan and New Jersey (2009) have elected Republican governors who have refused to increase taxes and insisted on spending cuts.

I argued, “The states that have reduced spending and not raised taxes are doing better than the states like Illinois and Connecticut and California, which are trying to raise taxes.” http://www.humanevents.com/article.php?id=45324