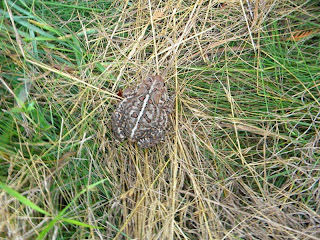 The marvelous Thomas Sowell, an African American of the Hoover Institute opines: This is not just a question of semantics. The whole future of the welfare state depends on how poverty is defined. "The poor" are the human shields behind whom advocates of ever bigger spending for ever bigger government advance toward their goal.
If poverty meant what most people think of as poverty -- people "ill-clad, ill-housed, and ill-nourished," in Franklin D. Roosevelt's phrase -- there would not be nearly enough people in poverty today to justify the vastly expanded powers and runaway spending of the federal government.
Robert Rector of the Heritage Foundation has for years examined what "the poor" of today actually have -- and the economic facts completely undermine the political rhetoric.
Virtually everyone living in "poverty," as defined by the government, has color television, and most have cable TV or satellite TV. More than three-quarters have either a VCR or a DVD player, and nearly nine-tenths have a microwave oven.
As for being "ill-housed," the average poor American has more living space than the general population -- not just the poor population -- of London, Paris and other cities in Europe.
But the political left hates means tests. If government programs were confined to people who were genuinely poor in some meaningful sense, that would shrink the welfare state to a fraction of its current size. The left would lose their human shields.
http://townhall.com/columnists/thomassowell/2011/08/03/misleading_words_part_ii/page/full/
-------------------------------------------------------------------------------------------------------------
The LA Times reports: Federal authorities are investigating the deaths of at least six golden eagles at the Los Angeles Department of Water and Power's Pine Tree Wind Project in the Tehachapi Mountains, the U.S. Fish and Wildlife Service said Tuesday.

So far, no wind-energy company has been prosecuted by federal wildlife authorities in connection with the death of birds protected by the Migratory Bird Treaty Act and the Bald and Golden Eagle Protection Act. A prosecution in the Pine Tree case could cause some rethinking and redesigning of this booming alternative energy source. Facilities elsewhere also have been under scrutiny, according to a federal official familiar with the investigations.

"Wind farms have been killing birds for decades and law enforcement has done nothing about it, so this investigation is long overdue," http://www.latimes.com/news/local/la-me-wind-eagles-20110803,0,2891547.story