The issue that will not die; Obama oddly disengages; Army following Sharia Law begs a question; Children taught to question our history and laws; Oil released by Obama because of his coziness with the International Energy Agency; 95 year old woman assailed by TSA; Stossel and ABC News failed to cover ACORN; Obama is a Monarch; Journalist arrested for taping open meeting; 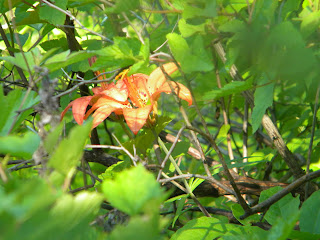 ExposeObama reports: When Congressman Allen West was asked in 2010 what question he would ask our President if he had the opportunity to sit down with him now, he responded:  I would ask President Obama: "What passport did you use when you went to Pakistan?  That would tell me what I need to know."
http://www.exposeobama.com/2011/06/26/video-allen-west-wants-obamas-passport-records/?utm_source=Expose+Obama&utm_campaign=7dfd243537-EO_06_26_20116_26_2011&utm_medium=email
---------------------------------------------------------------------------------------------------------------
The Washington Examiner reports: Sometimes it seems he's president of the AFL-CIO, not the USA. The man who said he wanted to double exports in five years has nothing to say about his National Labor Relations Board appointee's attempt to shut down a $1 billion plant being built by the nation's No. 1 exporter.
And don't forget the enviro types. Obama is releasing oil from the Strategic Petroleum Reserve, but his appointees are barring drilling in the Gulf and Alaska and refusing approval for a natural gas pipeline from Canada.
On all these issues Obama seems oddly disengaged, aloof from the hard work of government, hesitant about making choices.
That doesn't sound like Lincoln. Or Roosevelt. Or even Carter. More like "then we have fall and winter."


The Administration will continue to consult closely with other consuming and producing countries in the period ahead.

Breitbart: You said that it is a story and that you would probably commit a month to a story like this because it is so blatant, but you said that the politics within ABC were just, you know, that you couldn't do it.  [As some have said, the media is dead.  It does not investigate and report - it spins and promotes Progressiveism.]