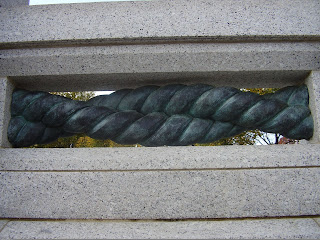 Mediaite.com wrote: It all started when Obama announced that the United States would support the UN’s Declaration on the Rights of Indigenous People which was adopted in 2007 but opposed by President Bush. The trouble started when people read the Declaration and noticed some suspicious wording in Article 26:


“Indigenous peoples have the right to the lands, territories and resources which they have traditionally owned, occupied or otherwise used or acquired.” [Following Obama's reparations to black farmers, fraudently administered to far more farmers than actually existed, there is concern as to just what parts of America will be given to indigenous people, including Manhattan, for instance.  Heaven knows that our government has a history of dishonoring most treaties back in the day, however.  Therein lies the rub.]

News from Arizona: Plunging temperatures and lingering cloud cover brought a rare sight to many parts of the Valley today - brief periods of snow flurries, the National Weather Service said.
Sightings were reported in Scottsdale, Paradise Valley, Fountain Hills, Cave Creek, Peoria, Glendale and Anthem and parts of Phoenix.
The Weather Service confirmed the reports in several of those communities.
Read more: http://www.azcentral.com/community/scottsdale/articles/2010/12/30/20101230phoenix-area-residents-report-snow-falling-valley.html#ixzz19dZuEtIK
-------------------------------------------------------------------------------------------------------------
The UK Telegraph notes: As we emerge, temporarily perhaps, from weeks of the coldest weather since records began – with snow disasters right round the northern hemisphere, from the US and Europe to China and Mongolia – more examples come to light of how the cost of extreme cold is far greater than that of warming.  Another frozen chicken which came home to roost was the crisis confronting many of the eight million homes now heated by condensing boilers, made compulsory by John Prescott in 2005 as a way of reducing Britain’s carbon footprint. What Mr Prescott failed to do was impose, on this tightly regulated industry, any requirement that the pipes to take away the resulting water should not be placed on the outside of buildings. (Responsibility for this crucial system failure has since been passed to the Health and Safety Executive.) http://www.telegraph.co.uk/comment/columnists/christopherbooker/8235283/As-we-count-the-cost-of-the-freeze-Government-prepares-for-global-warming.html