My Response to Robert Reich 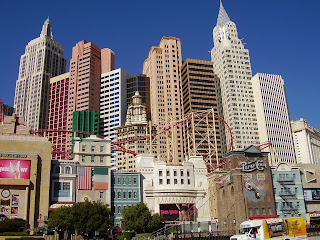 Here is some of what Robert Reich wrote in his Huffington Post column: The Perfect Storm That Threatens American Democracy: (My responses are in blue italics...)

"First, income in America is now more concentrated in fewer hands than it's been in 80 years. Almost a quarter of total income, [actually, 20%] generated in the United States is going to the top 1 percent of Americans.  [And 38% of the total taxes paid by Americans is paid by that same 1%.  The top 5 percent earned 34.7 percent of the nation's adjusted gross income, but paid approximately 58.7 percent of federal individual income taxes.  And the top 50% of wage earners paid a whopping 97.3% of the total taxes paid!  It's a funny thing, those statistics.....]
(http://www.taxfoundation.org/news/show/250.html)

Reich continues, "Which gets us to the second part of the perfect storm. A relatively few Americans are buying our democracy as never before. And they're doing it completely in secret.

"Hundreds of millions of dollars are pouring into advertisements for and against candidates -- without a trace of where the dollars are coming from. They're laundered through a handful of groups. Fred Maleck, whom you may remember as deputy director of Richard Nixon's notorious Committee to Reelect the President (dubbed Creep in the Watergate scandal), is running one of them. Republican operative Karl Rove runs another. The U.S. Chamber of Commerce, a third."

Earth to Robert - ever hear of George Soros and his myriad of supported progressive groups and their donations, as well as those from foreigners?  Consider the following history from Google sites:
Political Campaign Contributions by George Soros (1999 to Present) - $3,480,776
DEMOCRAT: 99.83%  REPUBLICAN: 0.17% The following is in the words of newspaper articles:
Their analysis of the 2008 presidential campaign found that University of California employees were Obama's top donor, giving a collective $1.6 million. That system is run by the state of California, and hence is a public employer.  No. 2 was Goldman Sachs. Goldman employees gave Obama $994,795.


Has he never heard of Moveon.org? What about Moveon's Michael Moore, who personally funded movies as campaign ads:  Capitalism and Sicko, at the same time that the FEC disallowed Citizens United from airing the film Hillary: the Movie on the grounds that it violated existing campaign finance laws by expressly advocating for Clinton’s defeat.
"The Supreme Court's Citizens United vs. the Federal Election Commission made it possible for Republican danger this election cycle, according to Reich.. The Federal Election Commission says only 32 percent of groups paying for election ads are disclosing the names of their donors. By comparison, in the 2006 midterm, 97 percent disclosed; in 2008, almost half disclosed."  Oops - it was Obama who would not disclose his donors, and many believe he got lots of foreigner donations....
Consider this from the newspapers at the time:


In 1996, Al “Global Warming Farce” Gore got his fingers caught in the Chinese and Korean fortune cookie jar. As reported in the Washington Post:
“The Federal Election Commission disclosed yesterday it has imposed a record-setting $719,000 in fines against participants in the 1996 Democratic Party fundraising scandals involving contributions from China, Korea and other foreign sources.
“The FEC documents describe Democratic fundraisers who set specific prices for foreign nationals to make illegal campaign contributions in return for meetings with then-President Bill Clinton and Vice President Al Gore. A Democratic finance vice chair, for example, said organizers would have to contribute $100,000 in return for Gore's appearance at a Buddhist temple in Los Angeles.
“Those penalized included the Democratic National Committee, the Clinton-Gore campaign, the Buddhist temple and nearly two dozen people and corporations acting as conduits for illegal contributions.”  A favorite ploy for Democrats is to falsely accuse Republicans of doing what THEY are doing or have done.....

"Here's the third part of the perfect storm [says Reich]. Most Americans are in trouble. Their jobs, incomes, savings, and even homes are on the line. They need a government that's working for them, not for the privileged and the powerful."  Never mind that it is the policies of this Administration which both caused quite a bit of the problem, and it's this Administration which is spending us into oblivion while failing to inspire businesses to hire.......
"Yet their state and local taxes are rising. And their services are being cut. Teachers and firefighters are being laid off. The roads and bridges they count on are crumbling, pipelines are leaking, schools are dilapidated, and public libraries are being shut."  Let's see..... haven't we for decades paid high gasoline taxes, perhaps 44cents per gallon, which, if managed well, were supposed to pay for infrastructure?  Aren't our higher and higher school taxes there to pay for upkeep of the schools, teachers, etc.?  What mismanagement and social agendas are keeping this from working?  Aren't state taxes going to  increase because in order to "pay" for Obamacare, more people are to be put on Medicaid, which transfers the onus of payment onto state budgets?  Are taxes going up in some states because citizens are moving out and away in order to avoid those states which already overtax?
"It won't limit the tax deductions of the very rich, which include interest payments on multimillion dollar mortgages. (Yet Wall Street refuses to allow homeowners who can't meet mortgage payments to include their primary residence in personal bankruptcy.)" What does Wall Street have to do with what the government decrees in a bankruptcy? This ability of "rich" people to deduct interest on home mortgages is ameliorated by the fact that the higher one's income goes, the more deductions such as this, as well as property taxes, is reduced just because they make so much income.  More and more tax payers are getting fewer and fewer deductions against their income.  Add that to the tax burden of the rich. It's yet another way of  taxing high earners in a stealth way - such as taxing them for Medicare to the last dollar they earn, while those making less pay up to a certain dollar amount of income.  If government had not insisted that mortgage companies and banks give loans to those who could never hope to be able to afford it, sometimes with no down payment, perhaps we would not have had a mortgage crisis and consequent bankruptcies.
"We're losing our democracy to a different system. It's called plutocracy."  Well, some call would call what we are moving toward is Socialism........a "fundamentally changed" America, just as Obama pledged.