Michelle Obama quote; "Make the son----- deny it"; Obama sues Ohio for giving military 3 extra days to vote; The audacity of Rahm Emanuel; The new movie: 2016 Obama's America; Oops - ice sheet predictions well off the mark; Undermining the Constitution, says Mayor Bloomberg; Illegals pay just $465 for exemption; Bill Maher calls Allan West an ape; How polls lie to us; Communism in American town; Phelps didn't win it; someone else did; Reid is not certain; Obama closely tied to Solyndra; Executive order on Internet?; Schools will close because of Obamacare mandate 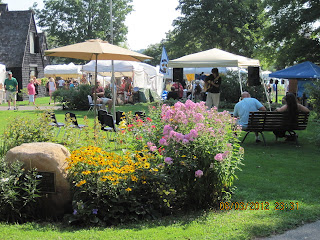 The late gonzo journalist, Hunter S. Thompson, added to American political lore when making a point about unscrupulous politicians in his campaign chronicle, Fear and Loathing: On the Campaign Trail, '72.

As a young man running for office in Texas, Thompson wrote, Lyndon Johnson needed to slow down a foe's momentum. And so LBJ ordered an aide to spread the rumor that their opponent was "enjoying carnal knowledge of his own barnyard sows."
The aide blanched, and objected. No one would believe a claim like that!


The anti-gay views openly espoused by the president of a fast food chain specializing in chicken sandwiches have run afoul of Mayor Rahm Emanuel and a local alderman, who are determined to block Chick-fil-A from expanding in Chicago.
“Chick-fil-A’s values are not Chicago values. They’re not respectful of our residents, our neighbors and our family members. And if you’re gonna be part of the Chicago community, you should reflect Chicago values,” Emanuel said Wednesday.
“What the CEO has said as it relates to gay marriage and gay couples is not what I believe, but more importantly, it’s not what the people of Chicago believe. We just passed legislation as it relates to civil union and my goal and my hope … is that we now move on recognizing gay marriage. I do not believe that the CEO’s comments … reflects who we are as a city.”

Critics trying to shut Chick-fil-A because its CEO opposes gay marriage are undermining the very essence of the Constitution, Mayor Bloomberg declared today in a stirring defense of the embattled fast food chain.
"It isn't the right thing to do and it isn't what America stands for," Bloomberg said on his weekly WOR radio show. "And those people who don't like (Chick-fil-A) don't understand their rights were protected by people who took a difficult position in the past and stood by it. They stood up so everybody else would be free."
The mayor, a staunch advocate of marriage equality, argued that Chick-fil-A CEO Dan Cathy has as much right to his views as does the Catholic Church, which also opposes same-sex marriage.


THE BEGINNING STAGES OF COMMUNISM IN AMERICA: City Government demands all keys in  Cedar Falls, [to make it easier for the fire department to get into your homes without so much damage.  It concerns only commercial properties at this time.]  http://www.youtube.com/watch?v=lgfo52ucgjU&feature=share