Assault on Constitution; Pelosi claims Republicans are the E. Coli group; Romney causes cancer story is based on another big lie; 1.76 million illegals qualify for legal status; 42 Presidents all related to King John; Democrat tracking device; Pensions of non-union retirees terminated by Treasury Dept.; Obama prefers welfare checks; France mulls taxing the rich at 75%; Obama is not to blame this time either; Food Stamp President advertizes for illegals to come to America and receive food stamps 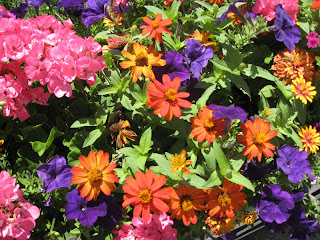 Need to Find a Democrat? [Or determine which neighbors are NOT your friendly Democrats?] New Obama Campaign App Reveals Your Liberal Neighbors   [This information has been used for a while now, but was only available to elected Precinct Delegates and the like - as a tool to get out the vote.  Of course, it now is available to all Democrats and will probably be misused.]  http://www.ijreview.com/2012/08/12345-need-to-find-a-democrat-new-obama-campaign-app-reveals-your-liberal-neighbors/

Emails obtained by The Daily Caller show that the U.S. Treasury Department, led by Timothy Geithner, was the driving force behind terminating the pensions of 20,000 salaried retirees at the Delphi auto parts manufacturing company.
The move, made in 2009 while the Obama administration implemented its auto bailout plan, appears to have been made solely because those retirees were not members of labor unions.
The internal government emails contradict sworn testimony, in federal court and before Congress, given by several Obama administration figures. They also indicate that the administration misled lawmakers and the courts about the sequence of events surrounding the termination of those non-union pensions, and that administration figures violated federal law.
Delphi, a General Motors company, is one of the world’s largest automotive parts manufacturers. Twenty thousand of its workers lost nearly their entire pensions when the government bailed out GM. At the same time, Delphi employees who were members of the United Auto Workers union saw their pensions topped off and made whole.

A basic premise of immigration law is that immigrants to the U.S. are expected to be self-supporting. We obviously don’t want to attract people who have no intention of working, but simply want to benefit from our generous welfare system. This principle is incorporated into the Immigration and Nationality Act, which provides:
But, as in so many other instances, President Obama has simply changed the law by executive fiat. In this case the administration acted quietly, so that it took quite a while before others understood how badly Obama had subverted the immigration laws. Yesterday, four Republican Senators wrote to Janet Napolitano and Hillary Clinton; you can read their letter here:


It has long been a sound principle of immigration law that those who seek citizenship in this country ought to be financially self-sufficient. We were thus shocked to discover that both the State Department and DHS exclude reliance on almost all governmental welfare programs when evaluating whether an alien is likely to become a public charge. Your agencies apply a cramped interpretation of the law in this regard, considering reliance on only two of nearly 80 federal welfare programs as evidence of likelihood of becoming a public charge: Supplemental Security Income (SSI) and Temporary Assistance for Needy Families (TANF).
In fact, guidance from your agencies specifically prevents consular and DHS officials from considering the likelihood that an alien will receive SNAP benefits [food stamps], WIC payments, Medicaid, child-care benefits, foster care, energy assistance, educational assistance, other medical and health benefits, and assistance from at least fifteen different nutritional programs.

The Obama administration advertises the fact that anyone is welcome to come to the United States to receive food stamps: