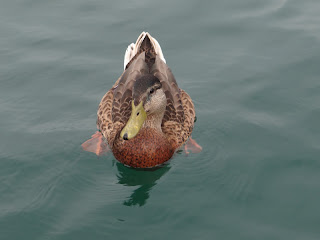 Here is Wayne Allen Root, a supposed classmate of Obama's while at Columbia.  He has a great column which I encourage you to read, parts of which follow:
My answer for Romney? Call Obama’s bluff.
Romney should call a press conference and issue a challenge in front of the nation. He should agree to release more of his tax returns, only if Obama unseals his college records. Simple and straight-forward. Mitt should ask “What could possibly be so embarrassing in your college records from 29 years ago that you are afraid to let America’s voters see? If it’s THAT bad, maybe it’s something the voters ought to see.” Suddenly the tables are turned. Now Obama is on the defensive.
My bet is that Obama will never unseal his records because they contain information that could destroy his chances for re-election. Once this challenge is made public, my prediction is you’ll never hear about Mitt’s tax returns ever again.
Why are the college records, of a 51-year-old President of the United States, so important to keep secret? I think I know the answer.
But don’t take my word for it. The Wall Street Journal reported in 2008 that Fox News randomly called 400 of our Columbia classmates and never found one who had ever met Obama.
I can only think of one answer that would explain this mystery.
Here’s my gut belief: Obama got a leg up by being admitted to both Occidental and Columbia as a foreign exchange student. He was raised as a young boy in Indonesia. But did his mother ever change him back to a U.S. citizen? When he returned to live with his grandparents in Hawaii or as he neared college-age preparing to apply to schools, did he ever change his citizenship back? I’m betting not.
If you think I’m “fishing” then prove me wrong. Open up your records Mr. President. What are you afraid of? http://www.theblaze.com/contributions/obama%E2%80%99s-college-classmate-the-obama-scandal-is-at-columbia/
-----------------------------------------------------------------------------------------------------------
One of the key arguments that President Obama used to get his health care law though Congress, control of soaring health care costs, turns out to have been bogus.
Here is the way Obama put the argument in a September 9, 2009, speech about health care to a joint session of Congress:


Then there’s the problem of rising cost....insurance premiums have gone up three times faster than wages....our health care system is placing an unsustainable burden on taxpayers.  When health care costs grow at the rate they have, it puts greater pressure on programs like Medicare and Medicaid. If we do nothing to slow these skyrocketing costs, we will eventually be spending more on Medicare and Medicaid than every other government program combined....
Now, these are the facts. Nobody disputes them.

The District is paying 305 students with poor academic and behavioral records to attend summer school, The Washington Examiner has learned.
The rising ninth-graders are earning $5.25 an hour to participate in the "Summer Bridge" program, which targets students identified by D.C. Public Schools as less likely than their peers to graduate high school within four years.
The 95 students who voluntarily signed up for the summer school program will receive half of an elective credit. But to fill the 400-student session with at-risk students, DCPS reached out to the Department of Employment Services. More than 300 students flagged by DCPS and who had signed up for the Summer Youth Employment Program were told that school would be their jobs this summer.
Handing paychecks to students for learning could, however, be a "slippery slope," said local political consultant Chuck Thies.
"How much will we pay going forward, and who will we pay, and what's the cutoff to get paid?" Thies asked. "It's critical that we get at-risk students and underperforming students and failing students into the program, but I don't think incentivizing them with money sends the right message."
lgartner@washingtonexaminer.com
-----------------------------------------------------------------------------------------------------------
If Texas Republican Sen. Kay Bailey Hutchison and Colorado Democratic Sen. Mark Udall have their way, rain will go away come again some other day of their choosing.
Both Hutchison and Udall have introduced unsuccessful bills in the past that would have created national boards to oversee and fund research into weather modification. That is, artificially changing or controlling the weather.
“I … am very supportive of and concerned about weather prediction and modification,” Hutchison said at an appropriations hearing in 2011. “And I think we need to know more basic science, and we also need to — to use that to determine if we should or should not engage in weather modification.”


“I’m for choice and opportunity in higher education, but we cannot be enablers of debt without empowerment,”Senator Mikulski said. “It’s appalling that schools are providing students with worthless degrees while leaving families buried under debt. It’s wrong for families and the federal government to make investments in higher education and be left with nothing to show for it. I’m cosponsoring the Protecting Students from Worthless Degrees Act to ensure that higher education programs meet the accreditation or licensure requirements so when students graduate they are qualified to be hired for the job they’ve prepared for.” http://www.libertynews.com/2012/08/06/senate-democrats-decide-for-you-which-college-degrees-are-worthless/